The Ford Maverick remains as popular as ever, which prompted FoMoCo to close order banks for the 2023 model year mere days after they first opened last week. The Blue Oval still has a large backlog of orders to fill from the 2022 model year, and has also faced tremendous demand from new customers looking to purchase the compact pickup. Regardless, the popular model will introduce a few new options for the new model year- including one big one for the the 2023 Ford Maverick Lariat equipped with the turbocharged Ford 2.0L I-4 EcoBoost, which will now only be available in all-wheel drive configuration, sources familiar with the matter have told Ford Authority.

For the 2022 model year, the highest-trim version of the compact pickup came standard in front-wheel drive configuration, but the 2023 Ford Maverick Lariat EcoBoost is now only available with all-wheel drive. This means that only hybrid customers will be able to spec the Lariat trim with front-wheel drive, which is the only choice in that particular configuration, too. This change means that every current Ford vehicle powered by the 2.0L EcoBoost – including the Maverick, Ford Bronco Sport, Ford Escape, and Ford Edge – are all offered with standard all-wheel drive in conjunction with that powerplant, though this list doesn’t include any Lincoln models.

In addition to these changes, the 2023 Ford Maverick has also received price increases across the board, though a private offer for carryover order holders will more than offset those additional costs and the EcoBoost powerplant is now a no-cost option. Additionally, the XLT Luxury Package has dropped several features that were previously available for 2022, as Ford Authority reported yesterday. 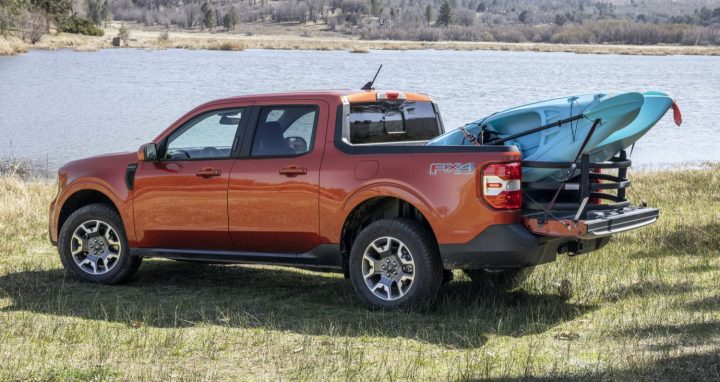 Both the Tremor Off-Road Package and Black Appearance Package are new for the 2023 model year, while XL trim models are gaining standard cruise control, as Ford Authority reported last week. The pair of new packages are supply constrained, however, along with a host of other features and options. Regardless, in addition to a delay in order banks opening up, 2023 Maverick production was also pushed back several weeks recently and is currently scheduled to begin at the Hermosillo Assembly plant in Mexico on November 14th, 2022.

2022 Ford Maverick With 2.0L EcoBoost Is AWD Only In Canada