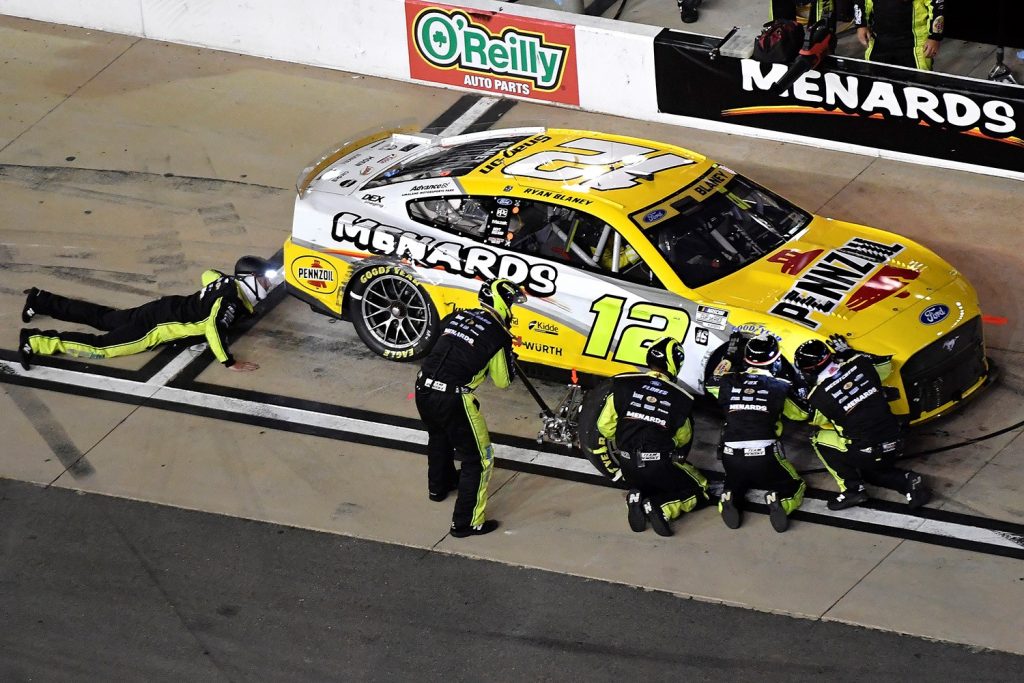 Major penalties were assessed to driver Ryan Blaney and the No. 12 Nascar Ford Mustang team as a result of an uncontrolled tire that bounced away after a botched pit stop at Bristol Motor Speedway on September 17th, 2022.

Blaney and the No. 12 Mustang endured a trying race at Bristol. Things went south for The Blue Oval team when the right front tire blew, sending the bright yellow race car into the wall and severely damaging it. Blaney brought the No. 12 Mustang to the attention of his crew. However, the tire changer failed to secure the left rear wheel, and when Blaney attempted to speed the No. 12 Ford out of his pit box, the wheel came loose and rolled down Pit Road. The loose tire then rolled through several competitors’ pit boxes. 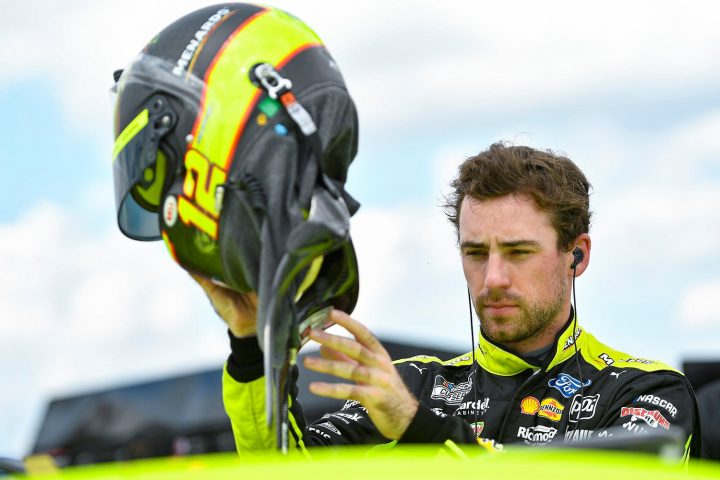 Ryan Blaney, driver of the No. 12 Nascar Ford Mustang

The sanctioning body reviewed the No. 12 Ford’s incident and determined that the loose wheel violated Section 10.5.2.6.D in the Nascar Cup Series Rule Book, which addresses “loss or separation of an unproperly secured tire/wheel from the vehicle.” As a result, Blaney will race without his crew chief Johnathan Hassler, jackman Graham Stoddard and rear tire changer Zachary Price for the next four Cup Series races.

The team suspensions will make Blaney’s bid for the Cup Series championship much more difficult. The driver raced the No. 12 Nascar Ford Mustang into the final 2022 Playoffs berth by a mere three points after a wild race at Daytona just a few weeks ago and is currently the only driver in contention for the championship without a point-paying win this season. Penske Racing has not announced who will sub for crew chief Hassler, but without his regular crew chief in the box, Blaney will certainly be faced with a challenge as he attempts to avoid elimination.

It’s worth noting that the No. 4 Nascar Ford of Kevin Harvick also suffered a loose wheel after a pit stop during Saturday night’s race. However, this team was not penalized because the loose wheel did not leave its pit box and was therefore not in violation of Nascar rules.