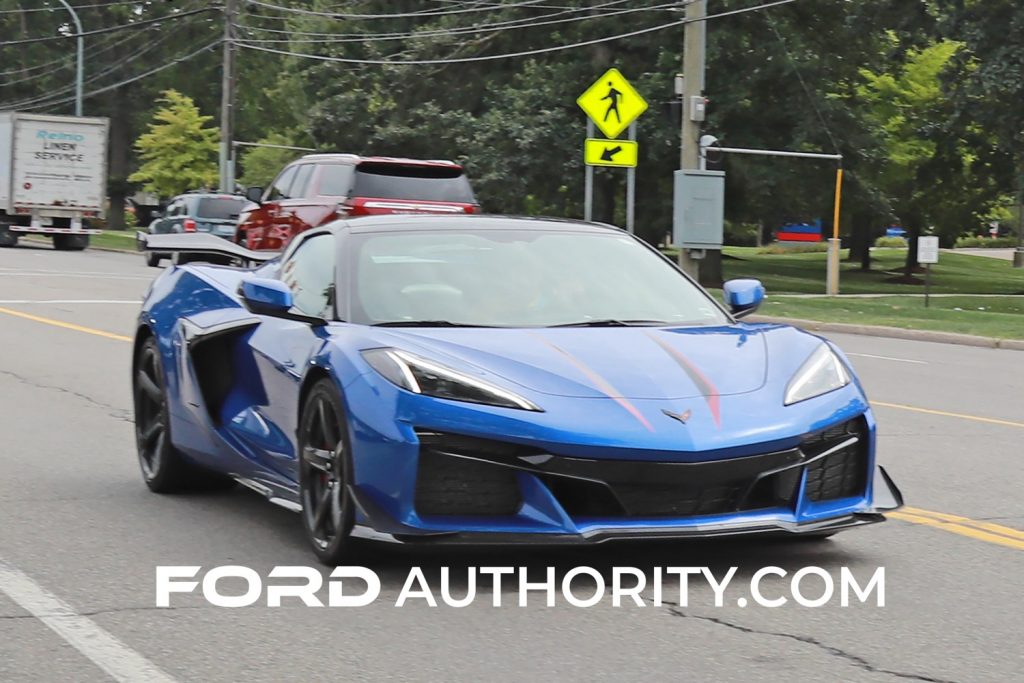 Automakers like to keep an eye on their key rivals, and Ford is certainly no exception. The Blue Oval seems to be very interested in what makes the Chevy Corvette tick – Ford Authority already spotted the C8 Corvette Stingray being benchmarked by Ford around Dearborn last year. Now, our photographers recently spied yet another ‘Vette in Ford’s hands for benchmarking purposes: the 2023 Chevy Corvette Z06. 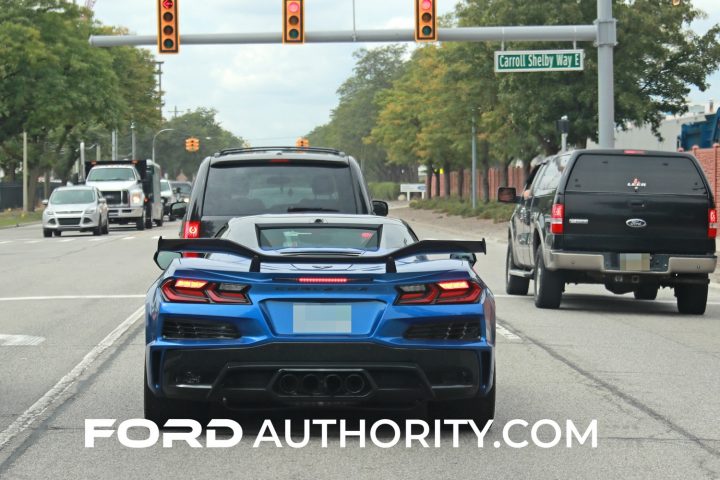 Our photographers spotted this Elkhart Lake Blue Corvette Z06 leaving a Ford facility, which is curious, because the Z06 hasn’t entered production yet. It is entirely possible that The Blue Oval obtained it through a vehicle swap with General Motors. Either way, Ford has one in its possession.

The 2023 Chevy Corvette Z06 harnesses GM’s brand new naturally-aspirated, flat-plane crank 5.5L LT6 V8, which produces 670 horsepower and 460 pound-feet of torque under the hood of the sports car. Coupled with General Motors’ eight-speed dual-clutch transmission, that’s good enough for a run from zero to 60 mph in just 2.6 seconds, according to Chevrolet. The sports car will be capable of a 195 mph top speed. Additionally, this particular Corvette convertible boasted a rather robust set of equipment: 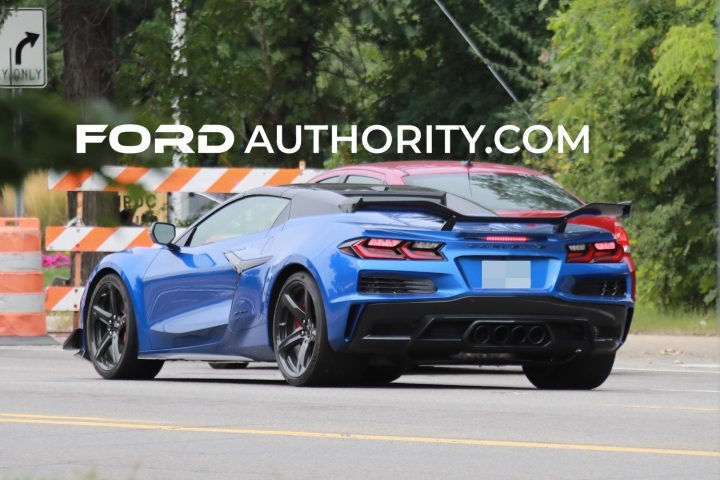 For comparison, the Ford GT makes use of the high-performance version of Ford’s twin-turbo 3.5L EcoBoost V6, making 660 horsepower and 550 pound-feet of torque in the GT, which propels the supercar to 60 mph in around three seconds. The Blue Oval could be benchmarking the Corvette Z06 as a rival for a potential Ford Thunderbird revival. As Ford Authority reported back in May, the Thunderbird could very well make a comeback, and though it’s not likely this vehicle will feature a mid-engine layout like the ‘Vette, it could certainly pose a threat to The Bow Tie’s sports car in terms of power and performance.

We’ll keep you up to date on everything Ford and its competitors are up to, so be sure to subscribe to Ford Authority for continuous Ford news coverage.