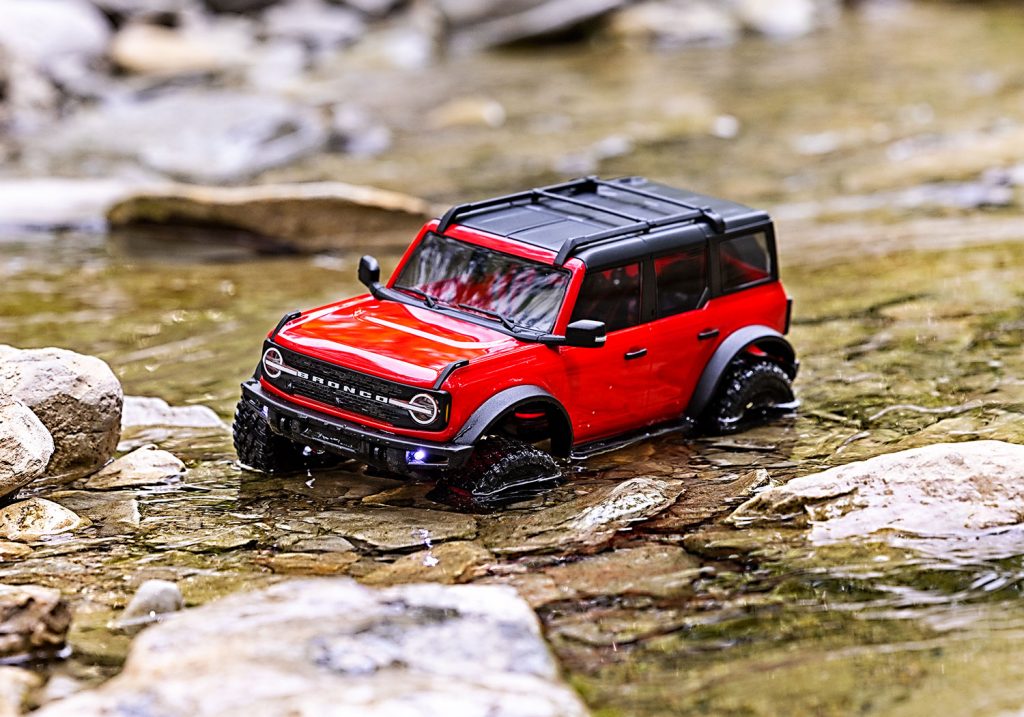 The 2022 Ford Bronco Raptor has already proven to be a hot seller, as reservations sold out almost as soon as they opened up. This news was likely a disappointment to many Bronco enthusiasts who wanted to get hands on the Bronco Raptor for themselves. Good news, though – there’s still hope for those who may have gotten skunked out of a 2022 Ford Bronco Raptor, although this latest offering is a bit scaled down. The Ford Bronco TRX-4M, made by radio control vehicle company Traxxas, will soon be available. 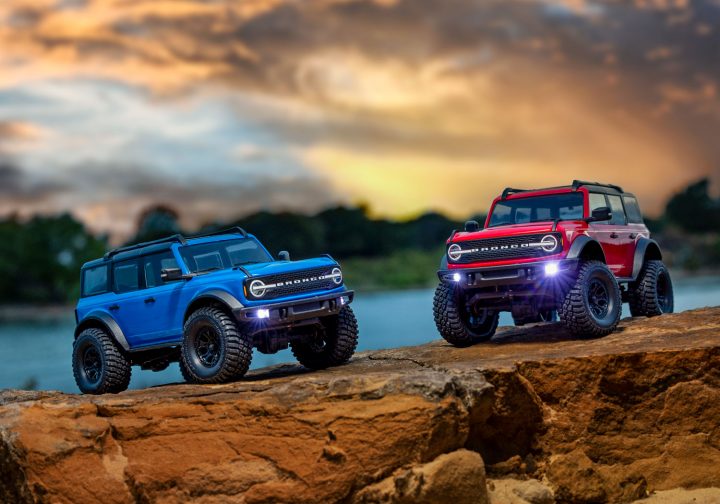 While this vehicle is quite a bit smaller than the real-life full-size Bronco Raptor, it’s as close to the real thing as a 1/18 scale RC vehicle can get. Ready to tackle any terrain, the Ford Bronco TRX-4M RC vehicle boasts oil-filled shocks, steel frame rails and a “smooth-running drivetrain.” It is capable of rolling over rocks, carving through grass and can even ford small running streams thanks to its waterproof electronics. The soft compound tires give its small frame plenty of traction anywhere it goes, and also features high center ground clearance for generous approach and departure angles.

The Ford Bronco TRX-4M features a 45 degree steering angle, giving it plenty of agility in tight situations. All of its guts are hidden behind a highly detailed ABS body with molded-in color and a glossy finish that is resistant to chips and scratches. 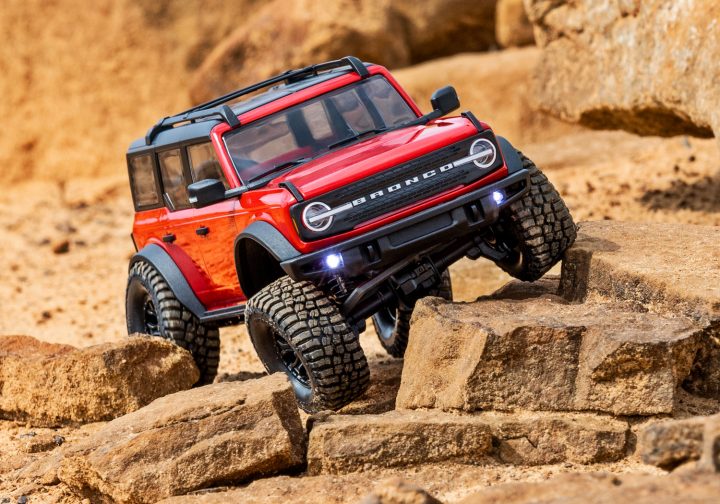 The Ford Bronco TRX-4M will hit stores in November, and interested customers can expect to shell out $149.95 for the scaled-down rock-crawling Bronco Raptor. According to the Traxxas website, the Bronco TRX-4M can be enjoyed both indoors and out. The company previously released the RC Bronco TRX-4 based on the real-life 2021 Ford Bronco, so this new model represents the second time the Bronco has received the premium off-road scale model treatment

We’ll have more cool toys like this to share soon, so be sure and subscribe to Ford Authority for more Ford Bronco news and around-the-clock Ford news coverage.