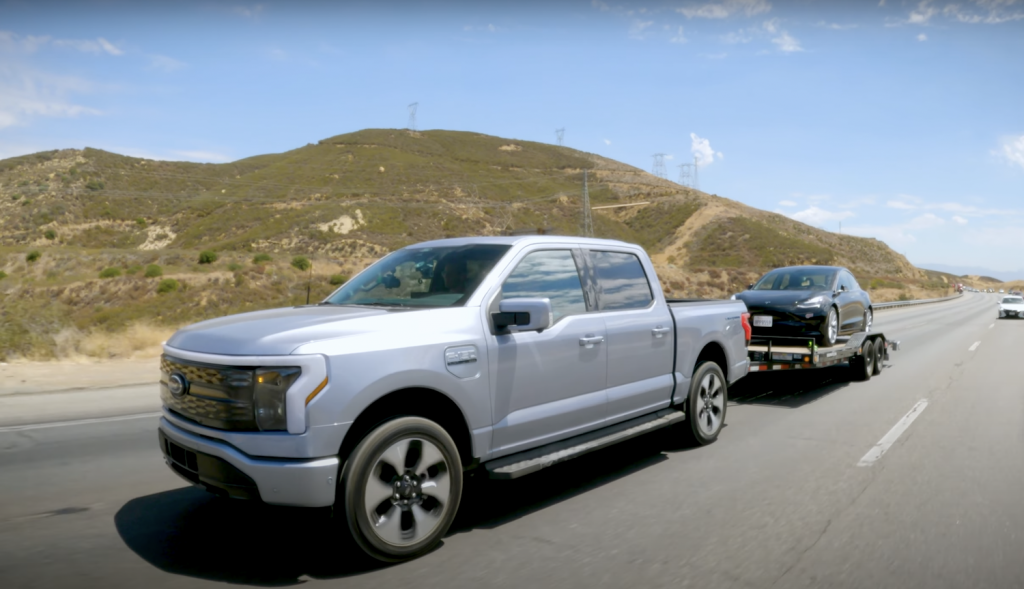 The Ford F-150 Lightning has been a hit with consumers and critics alike thus far, earning accolades and positive reviews essentially across the board. However, like all EVs, the F-150 Lightning has some limitations – the biggest of which are related to charging speed and the effect that towing has on range. Though Ford F-150 Lightning buyers get some free charging with their purchase, the existing charging network has proven to be inadequate and unreliable even by Ford CEO Jim Farley’s own admission, prompting the automaker to launch its own “Charge Angels” program to sniff out broken chargers and third-party charging network Electrify America to release a quality pledge recently. These problems also became glaringly obvious during Edmunds‘ recent towing test with the EV pickup, too. 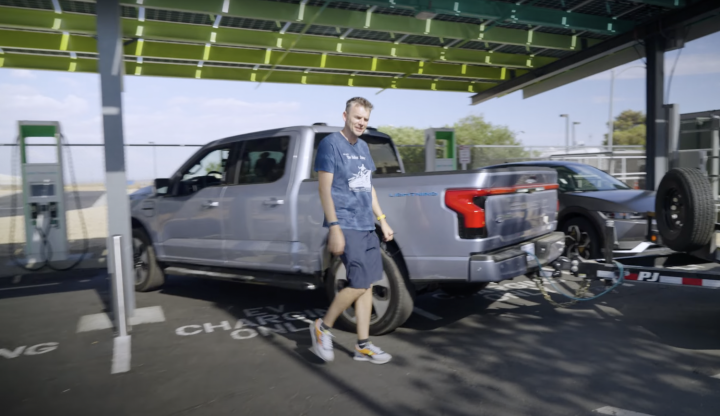 Edmunds tested the Ford F-150 Lightning alongside an ICE-powered Ford F-150, Chevy Silverado, and Ram 1500 to see how these trucks match up, each of which traveled a 215-mile loop through the deserts of California towing a 3,120-pound open-air trailer carrying a Tesla Model 3 ballasted to 3,855 pounds. Right off the bat, the EV was at a disadvantage, as it sports the highest price tag and the shortest range, but also the lowest energy cost.

The F-150 Lightning cost $59.62 to charge following the journey, followed by the Ram turbodiesel at $69.05, the F-150 PowerBoost hybrid at $80.28, and the Silverado ZR2 at $93.76. However, while the ICE trucks were able to complete the entire trip without stopping to refuel, that wasn’t the case with the Lightning, which took a whopping one hour and 42 minutes to charge. That’s due to a number of reasons, including the fact that the truck’s navigation didn’t identify the 350 kWh charger that it needed to get the job done quicker, and the driver had to actually detach the trailer to fit it in a charging station, too. As such, this process took around an hour longer than it should have. 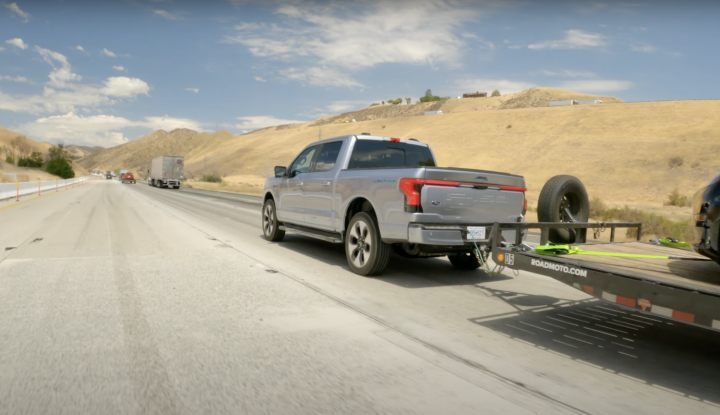 Infrastructure and technology limitations aside, Edmunds came away otherwise impressed with the F-150 Lighting’s ability to tow. “Despite having the lowest maximum towing capacity and the highest gross combined weight, the Lightning handled its load with poise over the duration of the trip,” the reviewer noted. “Its expanded battery pack and two electric motors had no issues going up and over inclines, and its independent rear suspension – as opposed to the traditional solid axle found in most trucks – smoothed out the ride quality without hampering capability.”

Regardless, this test is further proof that technology has a way to go before EV pickups can be relied upon for extensive towing. “If there’s one takeaway about the Lightning EV’s towing chops in late 2022, it’s that any charging stop along your towing route could very well be both frustrating and time-consuming,” Edmunds said. “For now, at least, anyone who does serious towing on a regular basis will be better off sticking with the old-school tried and true.”