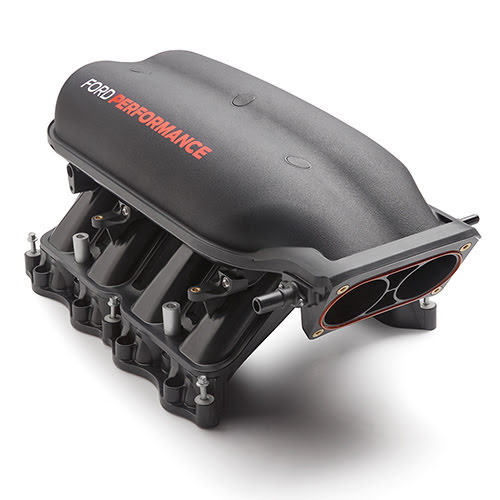 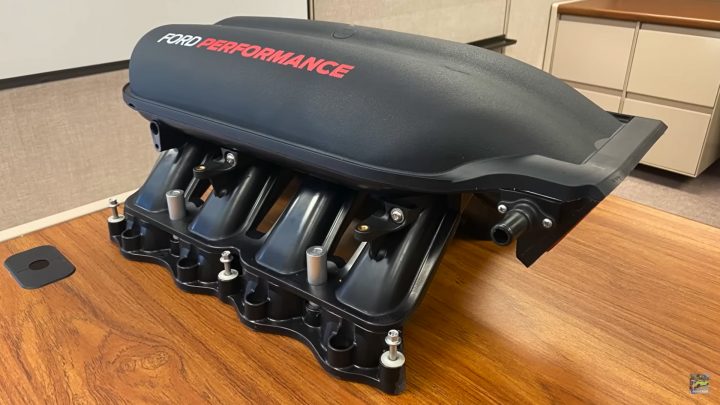 This new Ford Mustang Cobra Jet intake manifold is constructed with all-new tooling and is more streamlined than its predecessor. According to Ford, it is one of the most popular modifications for vehicles that cradle the Ford 5.0L V8 Coyote engine. The part was developed and based on the naturally aspirated Cobra Jet Race Car, and facilitates a much greater horsepower figure than the Ford Performance Boss 302 intake, without sacrificing torque. 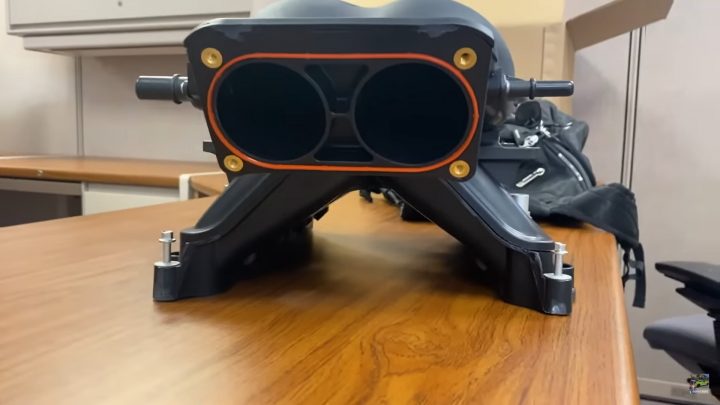 The new Cobra Jet intake manifold is not compatible with stock parts, and is only able to be outfitted on vehicles with certain aftermarket Ford Performance parts, such as specific throttle bodies, installation kits, Cobra Jet Cold Air Intake or equivalent. It does not have provisions for the aspirator tube hookup found on automatic transmission models, and is therefore incompatible with the Ford Mustang GT automatic transmission. Nitrous oxide is also not recommended for use with this Cobra Jet intake manifold, and calibration is of utmost importance.

The Ford Mustang Cobra Jet intake manifold retails for $1,500. It is not on sale yet, but a Ford Performance rep indicated that it will become available within the next four weeks.