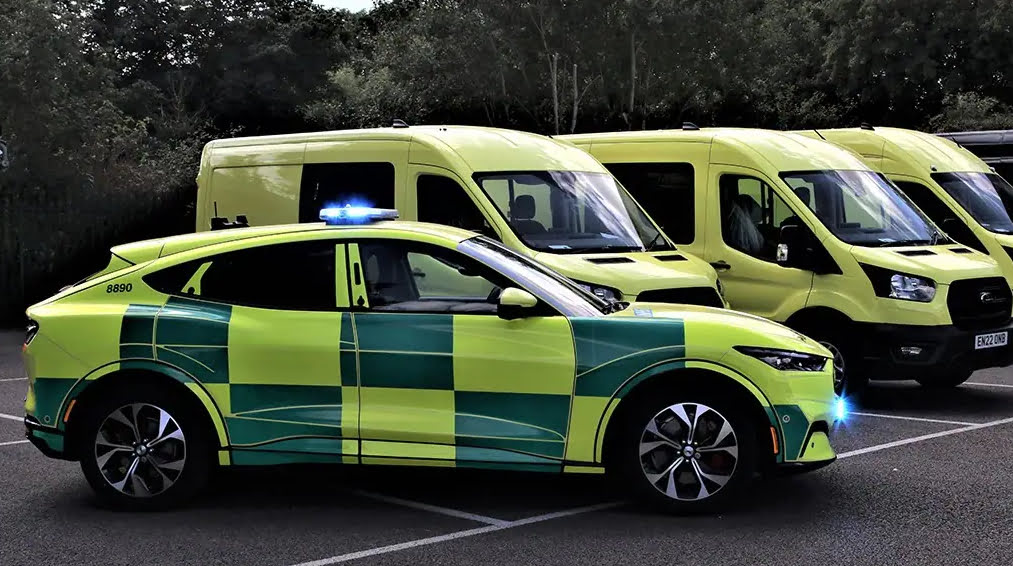 Law enforcement and emergency services are showing increasing interest in the Ford Mustang Mach-E as fleet vehicles in an effort to cut back on carbon emissions. As Ford Authority previously detailed, the electric crossover was the first EV to pass Michigan State Police tests, and was spotted in use by the FBI for day-to-day operations. It’s also been used to help train ambulance drivers in the Netherlands as they learn to navigate traffic. Now, a fleet of converted Mustang Mach-E models have joined the London Ambulance Service for rescue operations. 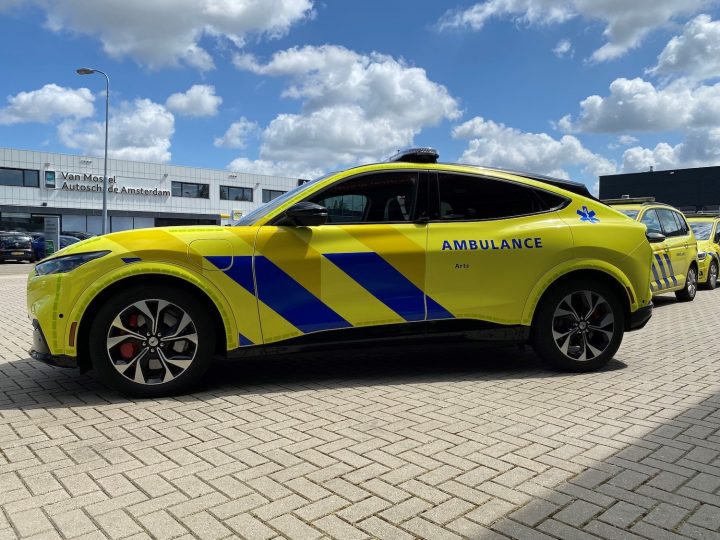 In total, 42 Ford Mustang Mach-E ambulances were added to the London fleet, and each were converted to accommodate patient transport and paramedic services. Their rear seats were removed to make space for a custom load-carrying system, which proved to be a challenge as keeping the vehicles lightweight was of utmost importance. Ford elected to use plastics to keep weight off the chassis with plastics welded seams instead of glue.

Every Mustang Mach-E features LED lighting, which in turn draws less power from the battery. Additionally, the electronics in each ambulance are operated off a battery that is separate from the drive battery, which is stored in the rear of the vehicle. The Mustang Mach-E ambulance’s charge can also be easily checked at any time using a smartphone app. 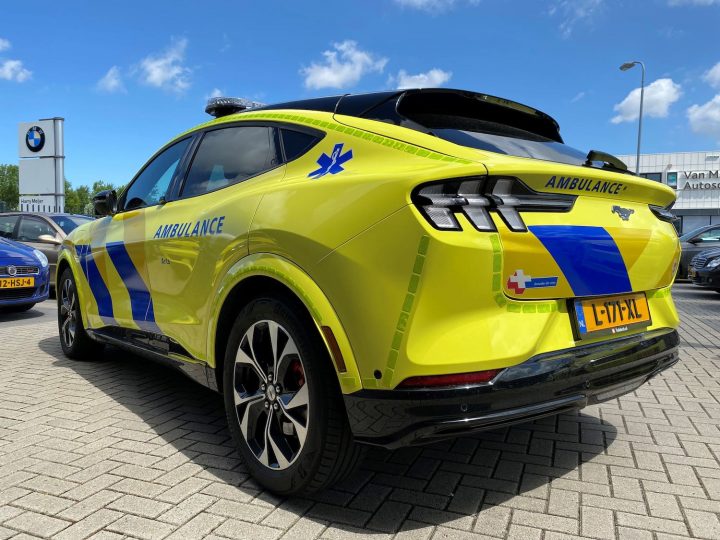 “We have 150 cars, so this replaces nearly a third of the fleet in one go,” said Rob Macintosh, London Ambulance Service NHS Trust head of fleet. “(The Mustang Mach-E ambulances) will replace our non ULEZ-compliant cars. As a health care provider, we want to lead the way in reducing our carbon footprint, getting to zero tailpipe emissions as quickly as possible.”