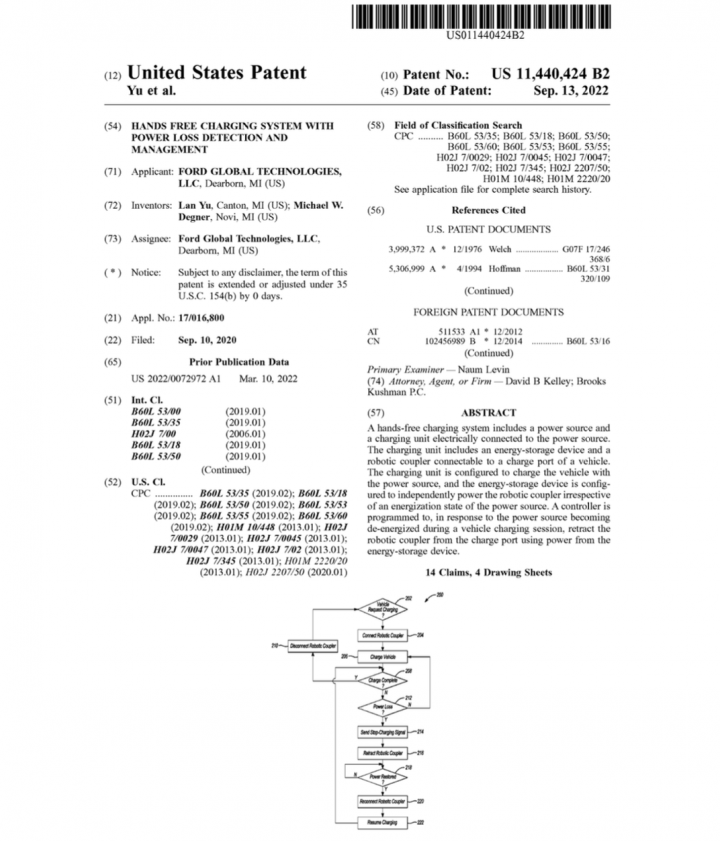 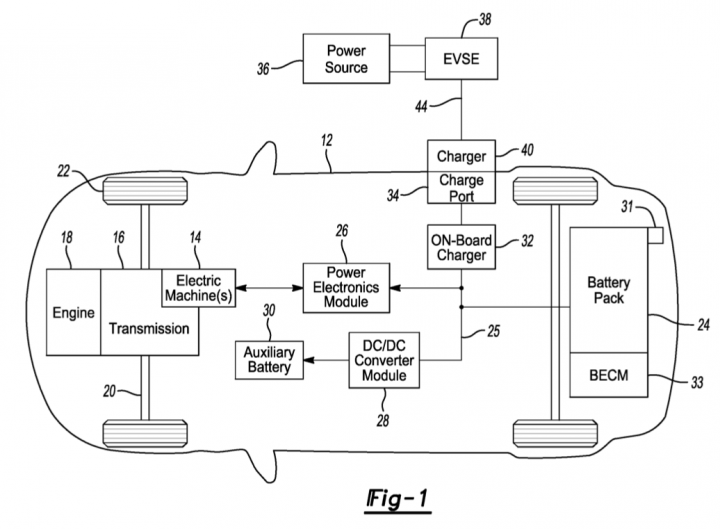 This new Ford patent outlines an idea for a hands-free EV charging system that consists of an energy-storing device and a robotic coupler that’s capable of connecting itself to a vehicle’s charge port. All of these systems are programmed to act automatically, require no feedback from the driver of the vehicle, and can also decouple itself when charging is complete.

The biggest difference between this new system and the one depicted in the older patent is the presence of a loss detection system, which – in the event that there is a loss of power – can send a signal to stop charging the vehicle and retract the robotic coupler from the vehicle. If and when power is restored, the coupler can reconnect and charging can resume. 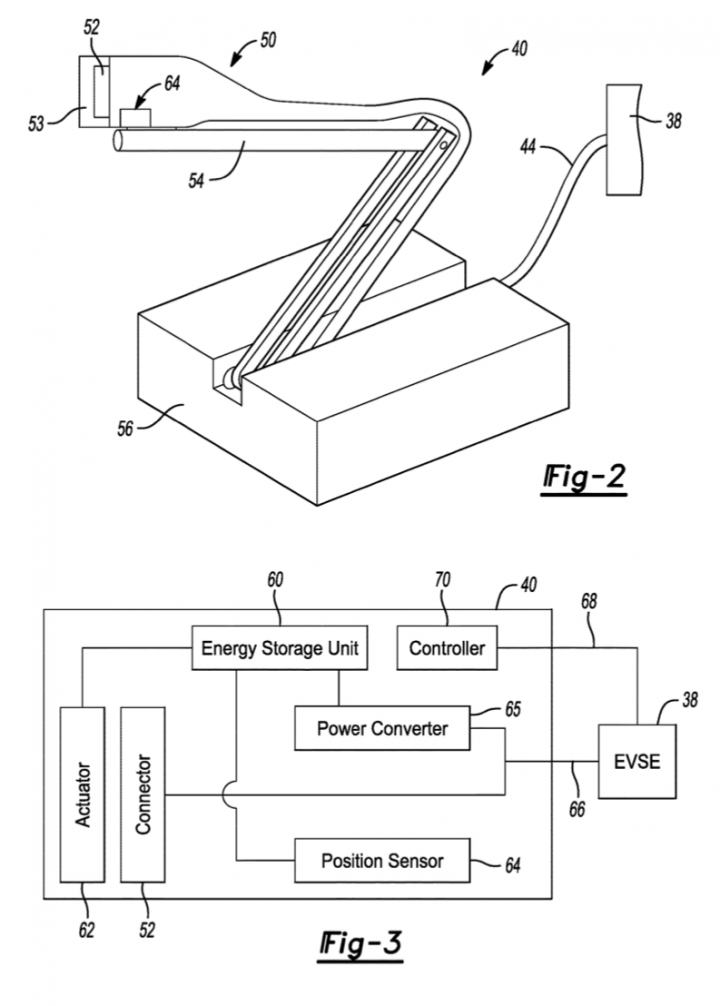 As is the case with Ford’s European pilot program, this type of system is ideal for those that may struggle to physically exit a vehicle and plug in a charger, as well as a perfect solution for autonomous vehicles, which would be able to pull into a charger with no human interaction needed.