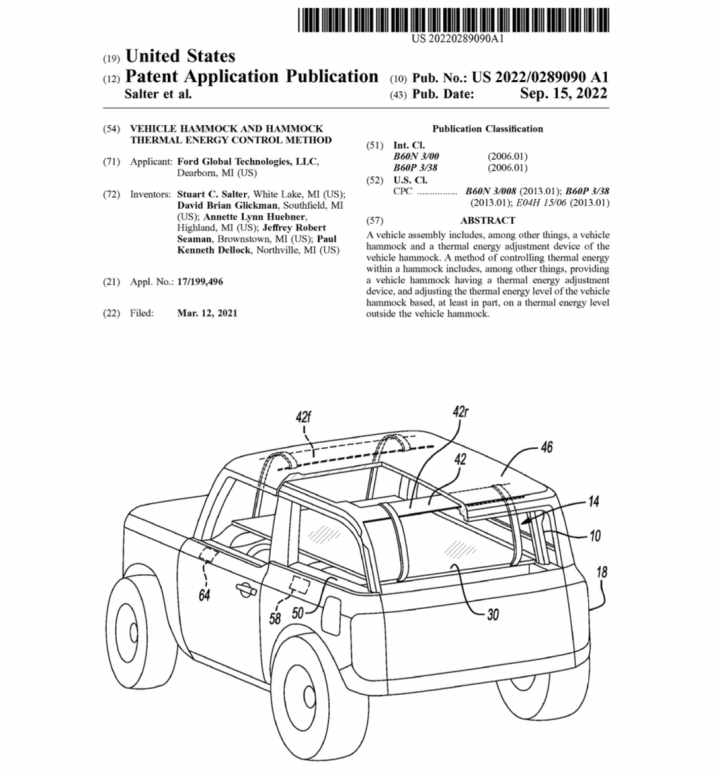 With off-road related accessories taking off in recent years, Ford has pivoted its offerings in that direction, particularly in terms of the Ford Bronco, which has experienced a major boom in terms of part and accessory sales. At the same time, the automaker continues to file patents with new ideas for off-road parts and accessories, including one for an integrated roof rail power outlet system, a roof chair system, and an integrated sand ladder. Now, this new Ford patent continues that trend by introducing an idea for a temperature controlled hammock. 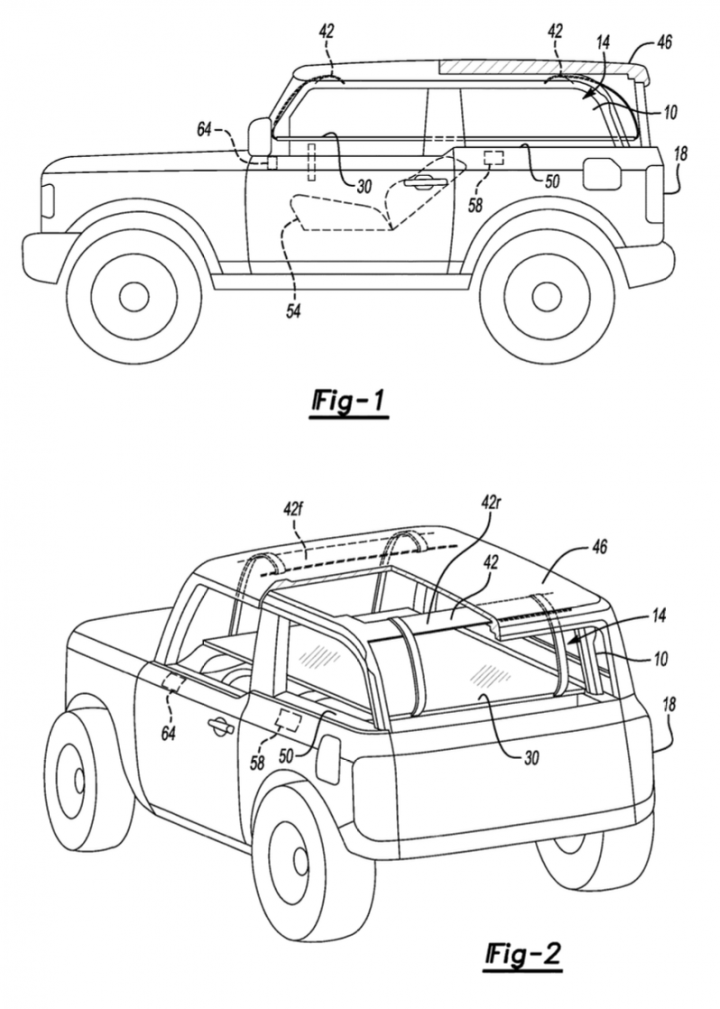 The hammock depicted in this new Ford patent can reportedly be heated or cooled and as one might imagine, while the patent drawings show it mounted on a Bronco-like vehicle. The hammock could mount neatly in the passenger side compartment of the vehicle and then be deployed when desired, making it nice and integrated, while the temperature could be controlled via the vehicle’s infotainment screen, a control switch, the user’s phone, or automatically based on the ambient temperature outside. The hammock could also theoretically turn off when it isn’t occupied, too. 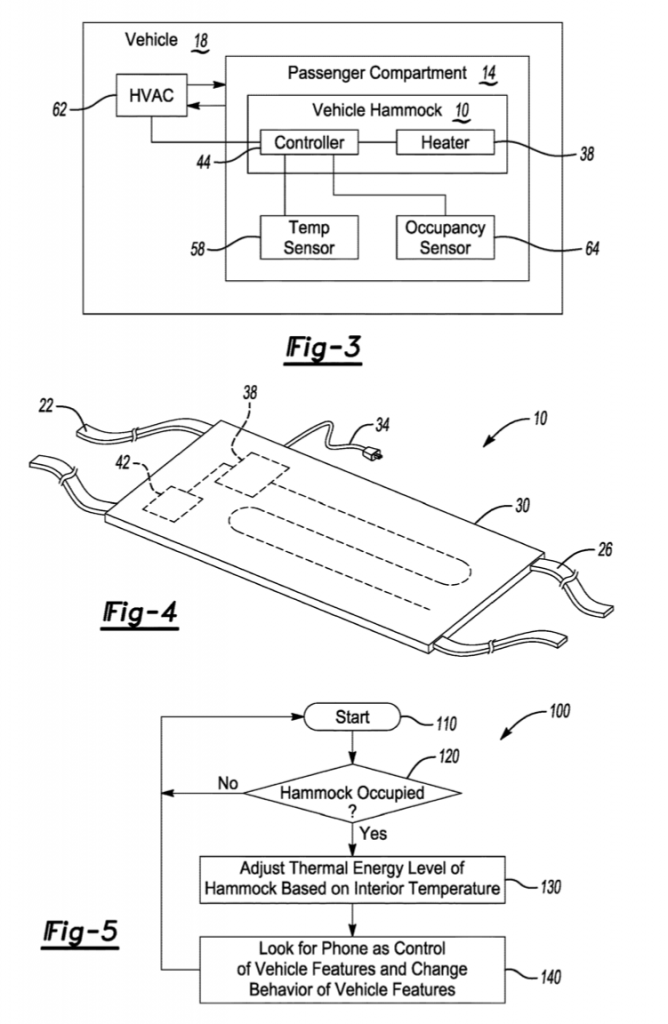 For those that routinely take naps on job sites or travel a lot, this seems like a pretty nifty idea that could easily make its way into Ford’s parts and accessories catalog. For those that camp or do some off-roading in their vehicles, it also makes sense as a place they can stop and rest along the way, enjoying the weather or soaking up some sun.