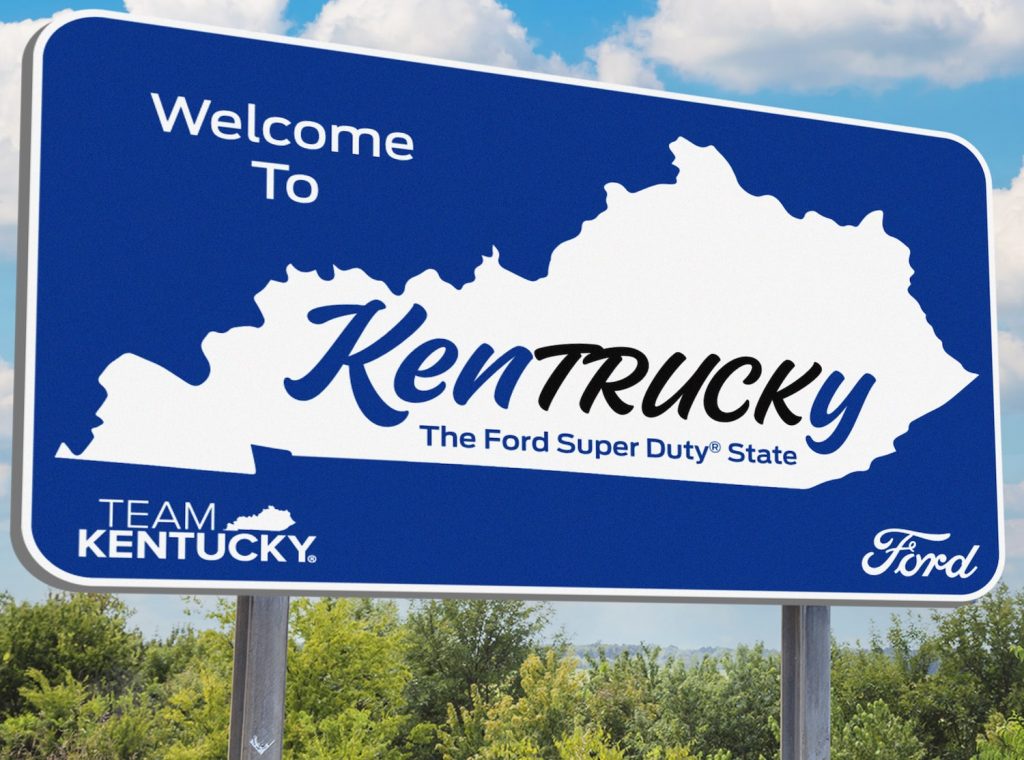 The all-new 2023 Ford Super Duty is set to be revealed tomorrow following months of spy photos, leaks, rumors, and speculation. In the lead up to that major event, we’ve been treated to a host of teasers recently, showing off little bits and pieces of the redesigned pickup, which will introduce a host of changes for the new model year. Now, as the official reveal of the 2023 Ford Super Duty looms ever-closer, Kentucky Governor Andy Beshear has designated September 27th as KenTRUCKy Day to celebrate the dawn of the new Super Duty, as well as FoMoCo’s 109 years in the state – a historic occasion that also starred a bucket of KenTRUCKy Fried Chicken, fittingly enough. 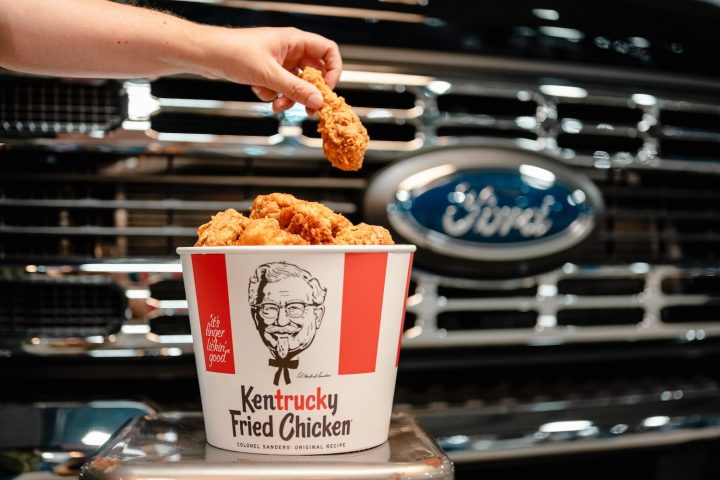 “Ford’s roots run deep in Kentucky. We hope Kentuckians take just as much pride in building America’s favorite truck as they do in their basketball, bourbon, and thoroughbreds,” said John Savona, vice president, Americas manufacturing and labor affairs, Ford Blue. “On behalf of our 12,000 Ford and UAW employees, we thank Governor Beshear for supporting this KenTRUCKy Day celebration.”

The Super Duty – which is built at the Kentucky Truck plant in Louisville – will be revealed tomorrow at 7:15 p.m. EDT at Churchill Downs, home of the Kentucky Derby. The new pickup will feature a host of exterior and interior styling changes, including a unique “running W” grille for King Ranch trimmed trucks, while an integrated side bed step will debut on the pickup as well. The interior of the 2023 Super Duty has also been spied on numerous occasions to date, revealing a new design with some familiar cues, as well as a new single binnacle layout. 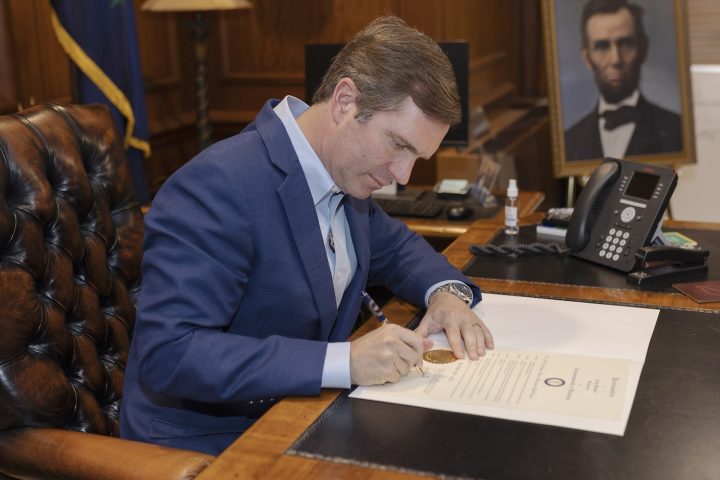 As Ford Authority exclusively reported earlier this month, the 2023 Super Duty will also be available with a new gas 6.8L V8, which is equipped with Dual Equal Variable Camshaft Timing (DEVCT) technology and port fuel injection and will enter production next year. The new Super Duty will not be available with any sort of hybrid powerplant, however.

Here’s the governor’s proclamation in full:

“WHEREAS, Ford Motor Company employs more than 12,000 people in Kentucky and supports approximately 120,000 jobs in the Commonwealth; and

WHEREAS, Ford Motor Company has a 109-year history in Kentucky and a state GDP contribution of $11.8 billion; and

WHEREAS, Ford Motor Company and its partners have announced plans to add 5,000 more jobs and invest $5.8 billion to build BlueOval SK Battery Park to assemble batteries to power the next generation of Ford and Lincoln vehicles; and

WHEREAS, Trucks are essential to families and businesses, large and small, across the Commonwealth of Kentucky; and

WHEREAS, Today, Ford is the largest vehicle producer in the Bluegrass State; and

WHEREAS, There are 8,500 people who work at Ford Motor Company’s Kentucky Truck Plant where F-Series Super Duty Trucks are produced; and

WHEREAS, Ford Motor Company will reveal the all-new 2023 Super Duty Truck in Louisville Kentucky on September 27, 2022

NOW, THEREFORE, I, Andy Beshear, Governor of the Commonwealth of Kentucky, do hereby proclaim that  September 27, 2022, be known as