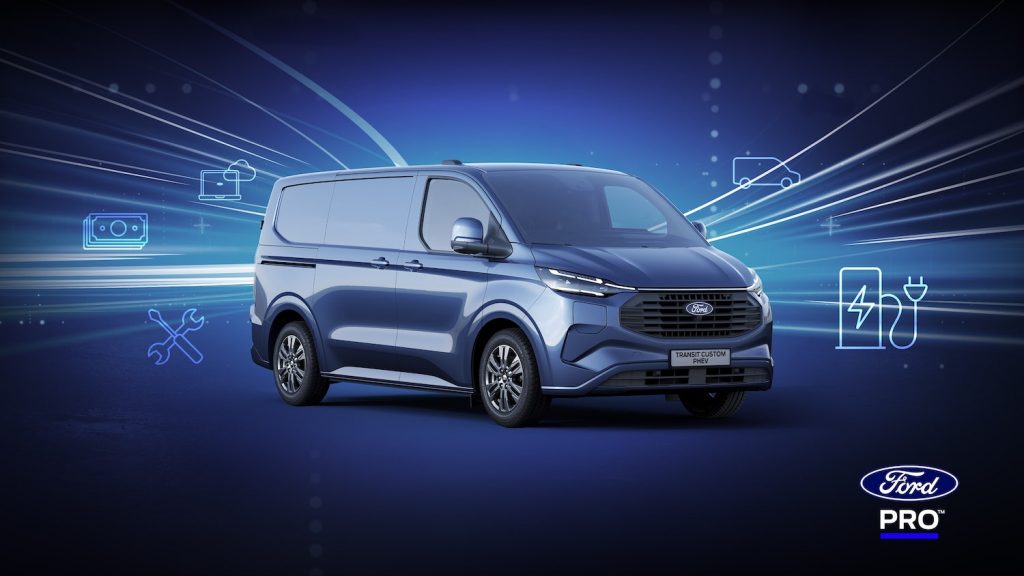 Fresh off a year in which it was the best-selling vehicle in the UK, the Ford Transit Custom gained an all-electric variant in the E-Transit Custom, which was revealed back in May, though we didn’t receive additional details on the EV van until earlier this month. Since then, Ford Authority spies have spotted the new gas-powered Ford Transit Custom wearing both heavy camo and no camo whatsoever, confirming that the ICE version of the van will live on for a new generation as well. Now, the next-gen Ford Transit Custom has been revealed entirely at the 2022 IAA Transportation Show in Germany. 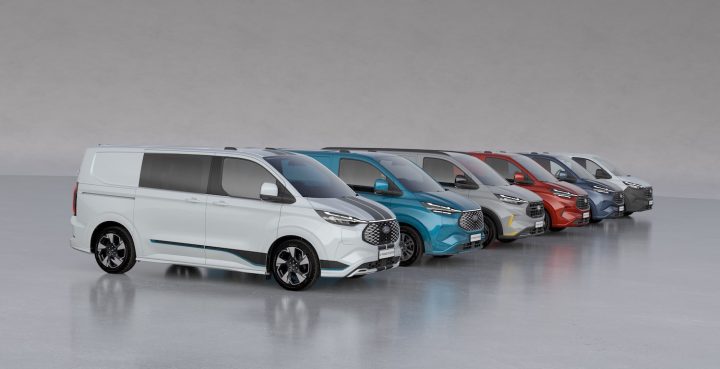 In addition to the all-electric E-Transit Custom, European customers can also opt for plug-in hybrid and diesel variants of the new Ford Transit Custom, lending a bit of flexibility to the automaker’s lineup. The PHEV van utilizes a similar powertrain to the Kuga PHEV, pairing the 2.5L Atkinson cycle gas engine with an 11.8 kWh battery to deliver an electric-only driving range of up to 57 kilometers (35 miles), as well as 2.3 kW of portable power via ProPower Onboard.

Those seeking a diesel Transit Custom can opt for the Ford EcoBlue with a wide range of outputs including 110 PS, 136 PS, 150 PS and 170 PS. These powerplants can be paired to either a six-speed manual transmission and an optional mechanical limited-slip differential, as well as eight-speed automatic gearbox, which can be paired with all-wheel drive for the first time. Max towing for the latter combination is 2,500 kilograms (5,511 pounds). 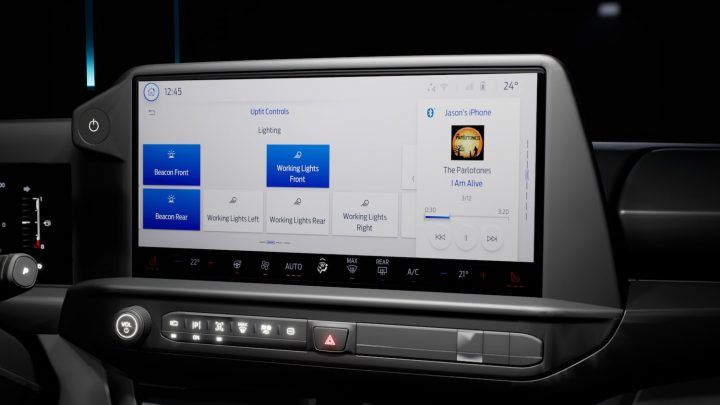 Regardless of powertrain choice, the next-gen Ford Transit Custom rides on an all new architecture that gives it a lower cargo floor height and space for an independent rear suspension. Four variants are available – including two different lengths and two different roof heights, panel van, double-cab-in-van, kombi, and L-shaped bulkhead body styles, and Base, Trend, Limited, Active, Trail, and Sport trims.

In terms of tech, the new Transit Custom comes equipped with a standard 5G modem, a 13-inch SYNC 4 touchscreen, and the full suite of Ford Pro software, connected vehicle services, and charging solutions. The next-gen van will be built at the Ford Otosan Assembly plant in Turkey, with EcoBlue deliveries set to begin in mid-2023, while additional variants will be available later in the year.