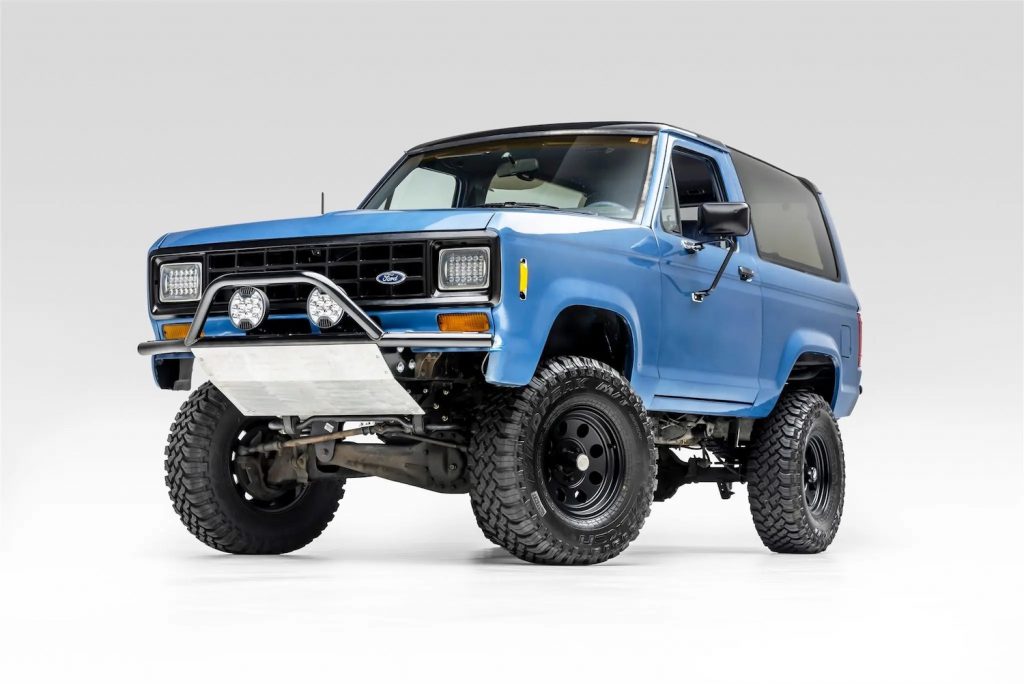 The Ford Bronco II was a very popular model in its heyday, recording over 700,000 units of sales between 1984-1990 before the Ford Explorer came along and replaced it. However, the smaller, more compact version of the Ford Bronco – which was based on the Ford Ranger of that era – also developed a reputation for being a bit unstable, which made it easier to roll over than the average vehicle. These days, it’s rare to see a Bronco II pop up for auction – though the rebirth of the regular Bronco has led to some nice examples surfacing for sale in recent months, including this very interesting, heavily modified 1987 Ford Bronco II up for grabs at Bring a Trailer. 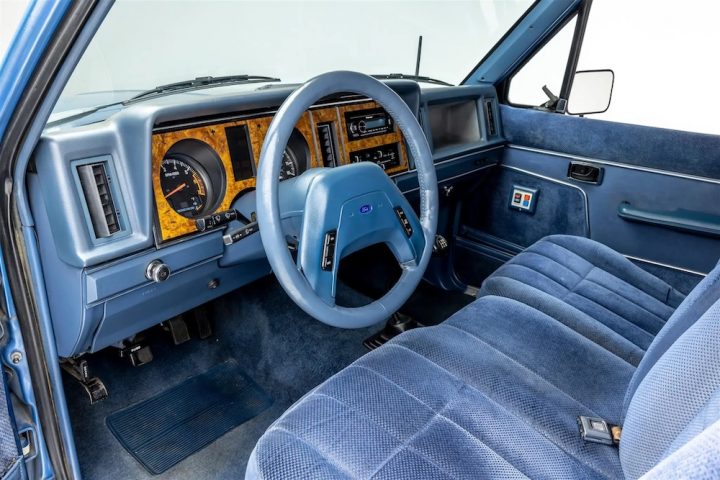 This 1987 Ford Bronco II is a very recent build, having been put together by Rock Bottom Off Road earlier this year after it was acquired by the seller. That work included adding custom black powder coated front and rear bumpers, with an integrated brush guard and skid plate up front. LED headlights and six-inch KC driving lights were also added to the mix to shed a little extra light on the road or trails ahead. 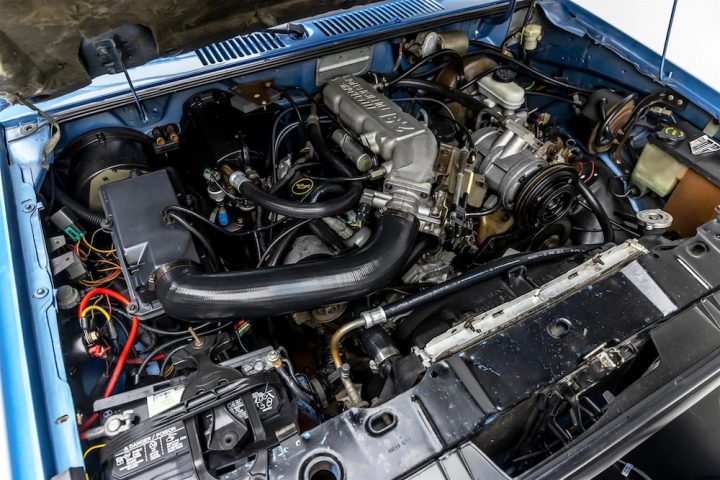 Underneath, a four-inch Rough Country suspension lift adds a bit more ground clearance to the SUV and also makes room for a set of 15×7-inch American Racing wheels wrapped with 31×10.50-inch Falken Wildpeak M/T tires, giving the small Bronco II a lofty stance. On the inside, however, lies a mostly stock blue interior that’s in fantastic condition, but why fix what isn’t broken? 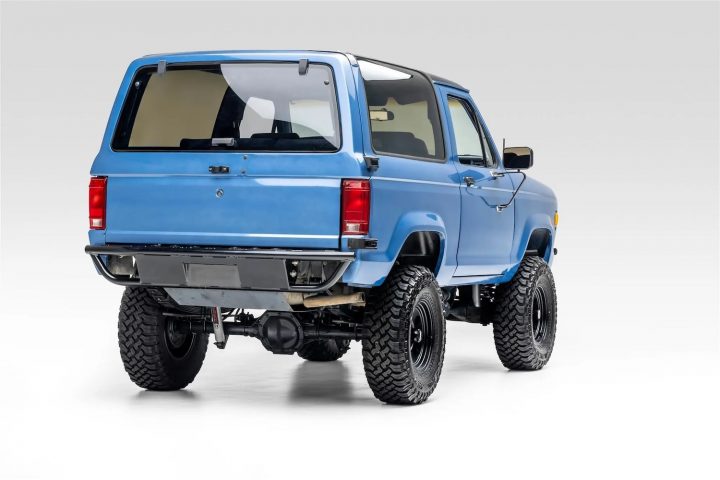 The same goes for what powers this Bronco II – the original 2.9L V6, which is mated to a five-speed manual transmission. Aside from some basic service, the powerplant remains bone stock, and while 843 miles are showing on the odometer, actual mileage in unknown. Regardless, the resurgence of the Bronco name has obviously had an impact on the Bronco II as well, because someone placed a significant bid of $10,000 on this modified SUV from the get-go, making it one to watch over the next few days.