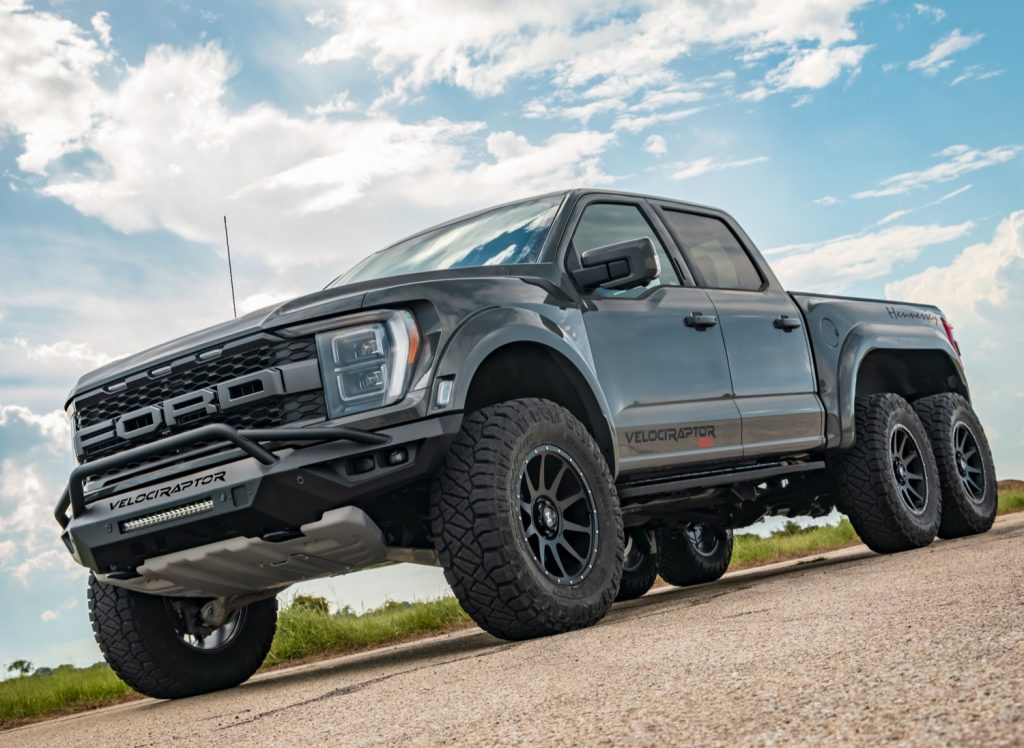 Texas-based tuner Hennessey Performance has been building faster versions of a variety of vehicles for years now, including the Ford F-150 Raptor, which it transforms into what it calls the VelociRaptor. That tradition continued when the all-new, third-generation F-150 Raptor launched for the 2021 model year, as Hennessey promptly released the VelociRaptor 600 upgrade for that model. Now, the new, more audacious Hennessey VelociRaptor 6×6 is also joining the fray as one of the wilder vehicles one can purchase today. 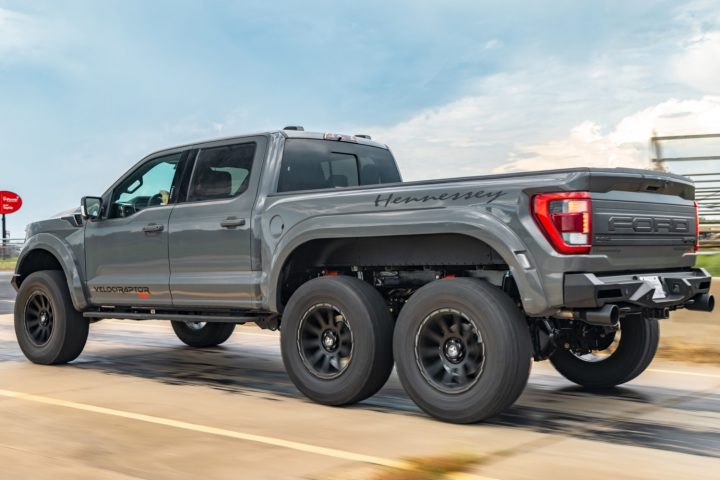 The latest version of the Hennessey VelociRaptor 6×6 features the same upgrades as its predecessor for the most part, though the process of building one goes a bit further than simply slapping an extra axle and set of wheels and tires out back. Underneath, a Fox suspension setup and dual-locking rear axles add 50 percent more tractive grip, according to the company, enhancing the Raptor’s already impressive off-road capability. 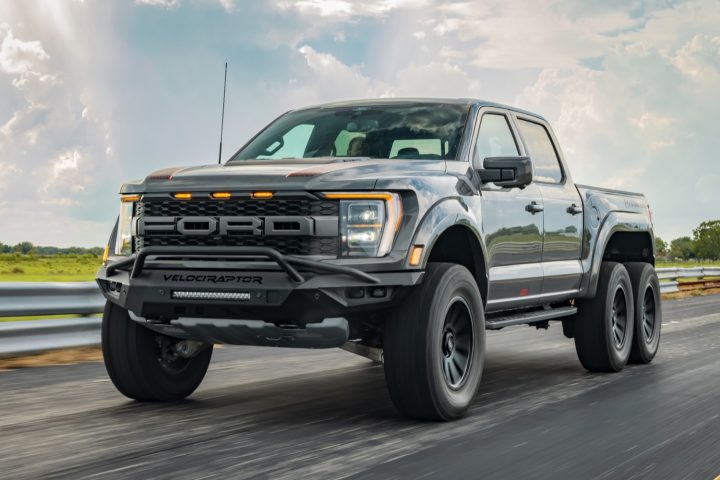 As one might imagine, the VelociRaptor 6×6 is quite a bit longer than a stock Raptor thanks to the addition of a custom eight-foot bed. Other exterior enhancements include VelociRaptor front and rear bumpers, an LED light bar, 20-inch Hennessey wheels, 37-inch tires, and three overall inches of lift. 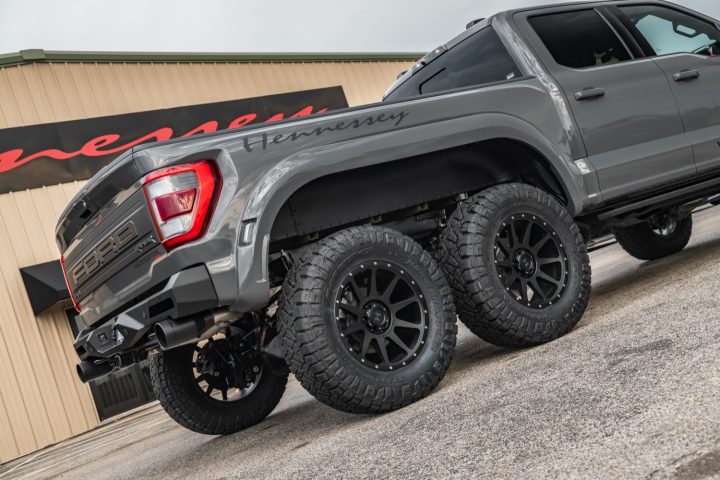 In terms of power, the Hennessey VelociRaptor gets a big upgrade in the form of a high-flow induction system, a beefier intercooler with larger piping, a catback exhaust, engine management upgrade, and a dyno tune, which helps it crank out 558 horsepower and 672 pound-feet of torque – enough to help move all that extra weight around. 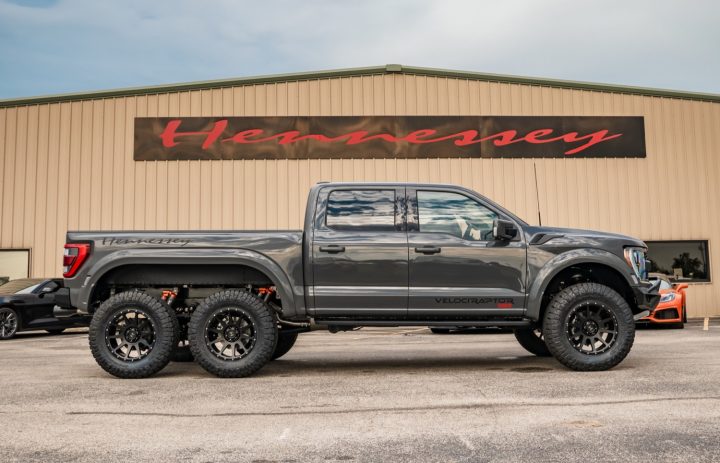 As one might imagine, the Hennessey VelociRaptor 6×6 isn’t cheap by any means, with a starting price of $399,950. Of course, there aren’t many other vehicles out there that are anywhere near as polarizing, which will certainly make it worth the cost for some.