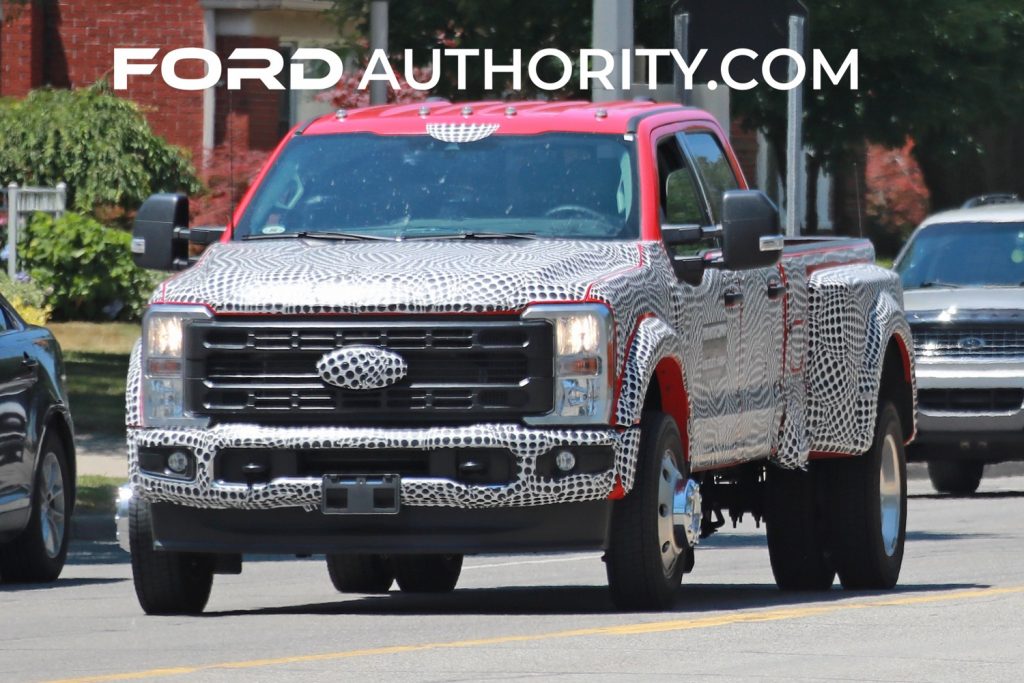 Ford Authority spies have spotted numerous 2023 Ford Super Duty prototypes out driving around over the past several months, including an F-350 regular cab dually and a Tremor, just to name a couple, revealing some new exterior features such as bed steps and a unique “Running W” front grille for the King Ranch trim. Those same spies have also secured a handful of photos of the refreshed pickup’s interior, showing off its updated design in a variety of trims, as well as some unique features like the new single binnacle dashboard. Now, those same spies are giving us our best look yet at the 2023 Ford Super Duty interior, which unsurprisingly mimics the current-gen Ford F-150 in a number of ways. 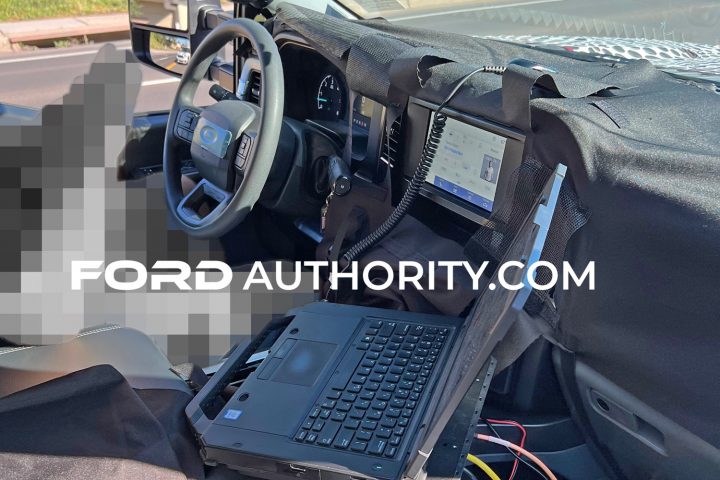 First, we can see that this 2023 Ford Super Duty prototype is equipped with a steering wheel that looks quite a bit like the most recent F-150 wheel, which also appears to be made from urethane – similar to the current Super Duty. This pickup is a lower-trim model and therefore equipped with what appears to be a smaller infotainment screen and analog gauges, which are split by what is most likely a 4.2-inch digital display. 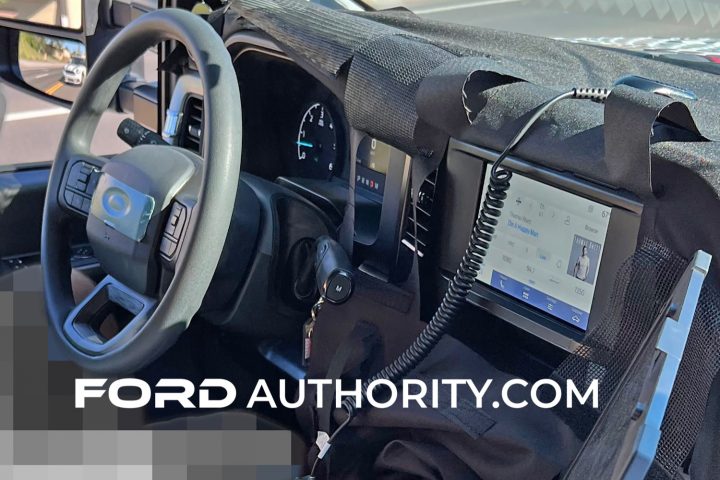 To the left of the instrument cluster we can see that this Super Duty prototype is equipped with an American flag emblem, just like the current-gen Ford F-150, too. Otherwise, the pickup’s dashboard is covered up quite well, concealing any additional changes that might be present here. 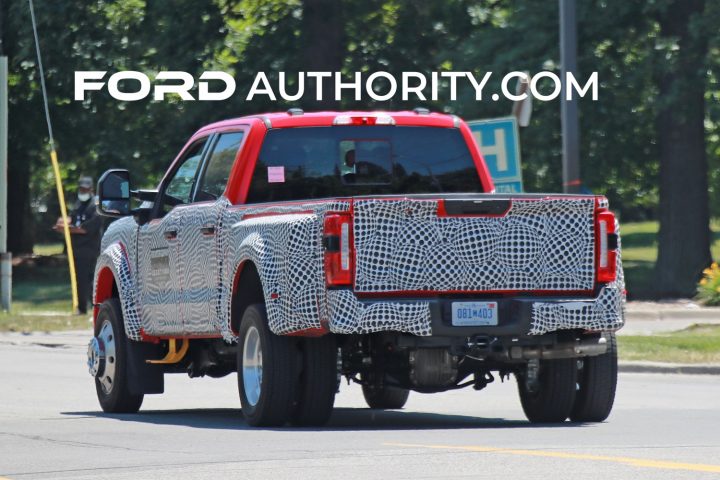 It’s currently unclear what, if any, sort of powertrain updates the 2023 Ford Super Duty will receive, but as Ford Authority exclusively reported in July, the truck will not be available with any sort of hybrid engine option. The refreshed model is set to debut this fall, which means we won’t have to wait too much longer to see it in the flesh, while order banks are scheduled to open up on October 17th, 2022, with production following a few months later. 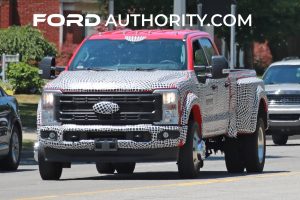 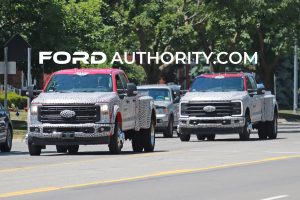 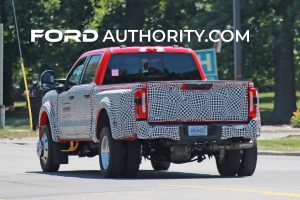 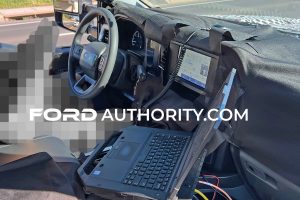 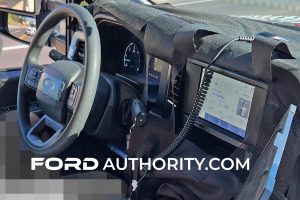