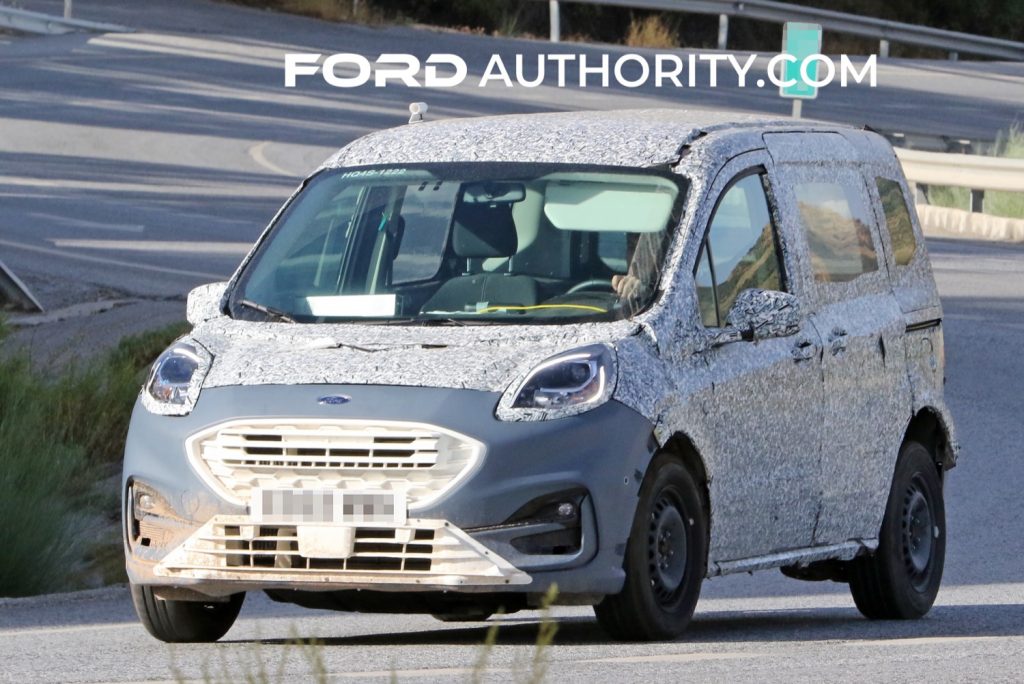 The Ford Transit Courier has been on sale in Europe for a number of years now, and slots in the automaker’s lineup just below the Transit Connect, riding on the same Ford B platform as the Ford Fiesta. Roughly one year ago, the Ford Transit Courier also launched in Mexico in a variety of configurations including one door, two doors, sans side doors, and with an optional retractable grill that helped expand cargo space. Now, Ford Authority spies have spotted the next-generation Ford Transit Courier for the very first time. 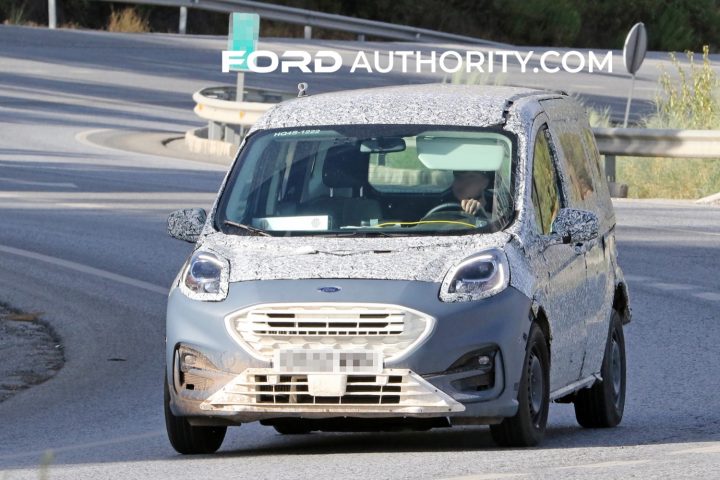 This particular prototype was spotted in Europe wearing a decent amount of camo, but we’re still getting a pretty good look at the van’s front end design, which is very Puma-like yet also could be a placeholder of sorts. In fact, the headlights and front grille are essentially identical, albeit in a taller, van-like alternative to that particular crossover – a pretty big change from the current model, which has slimmer, more rectangular-shaped headlights. 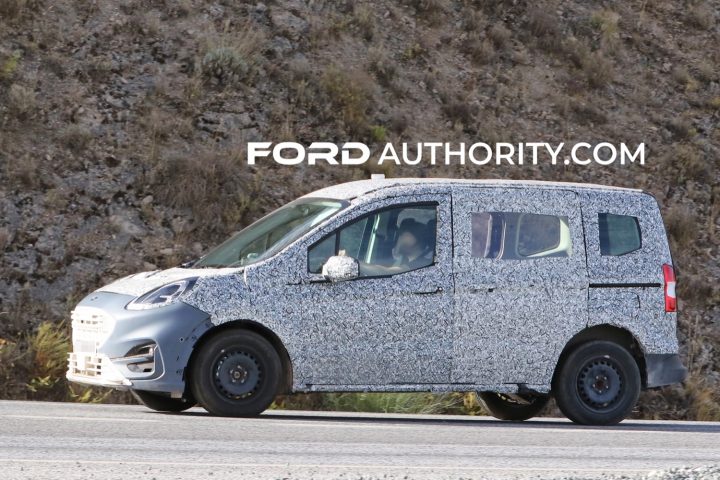 Moving down the side, things get a bit murkier, as heavy camo covers the front and rear doors, as well as the rear cargo area. This prototype is equipped with steelie-style wheels as well. 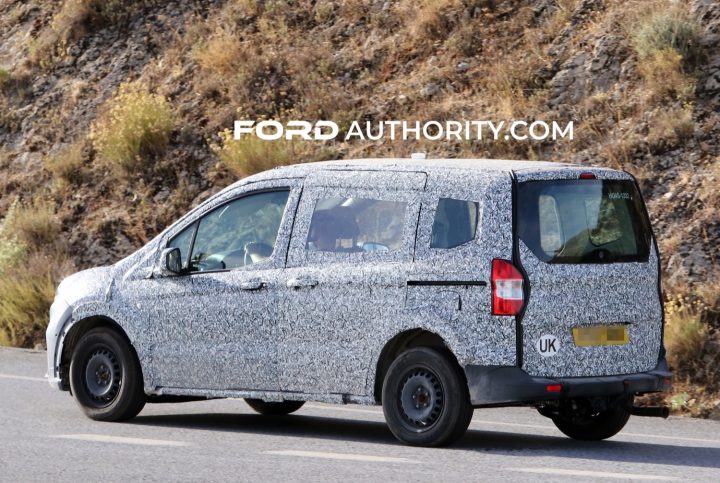 In the rear, we can see the van’s new taillight design, which looks pretty similar to the current model. The same goes for the shape of the rear glass, which doesn’t represent a big departure from the Transit Courier that’s currently on sale. 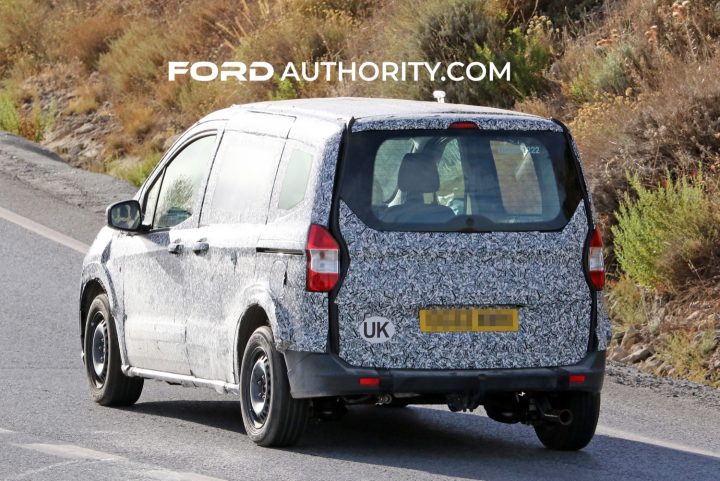 The next-generation Transit Courier is expected to continue to utilize Ford’s B platform, which it will share with the Puma and Fiesta. As Ford Authority reported back in February, an all-electric version of the Puma is on track for a 2024 launch, and is one of seven new EVs planned for Europe by that same year. That list also includes a pair of crossovers, the E-Transit Custom, the next-generation Transit Courier van, Tourneo Courier, and Transit Courier, so it’s likely an all-electric version of this next-gen model will bow soon, perhaps with distinct styling like the E-Transit Custom.