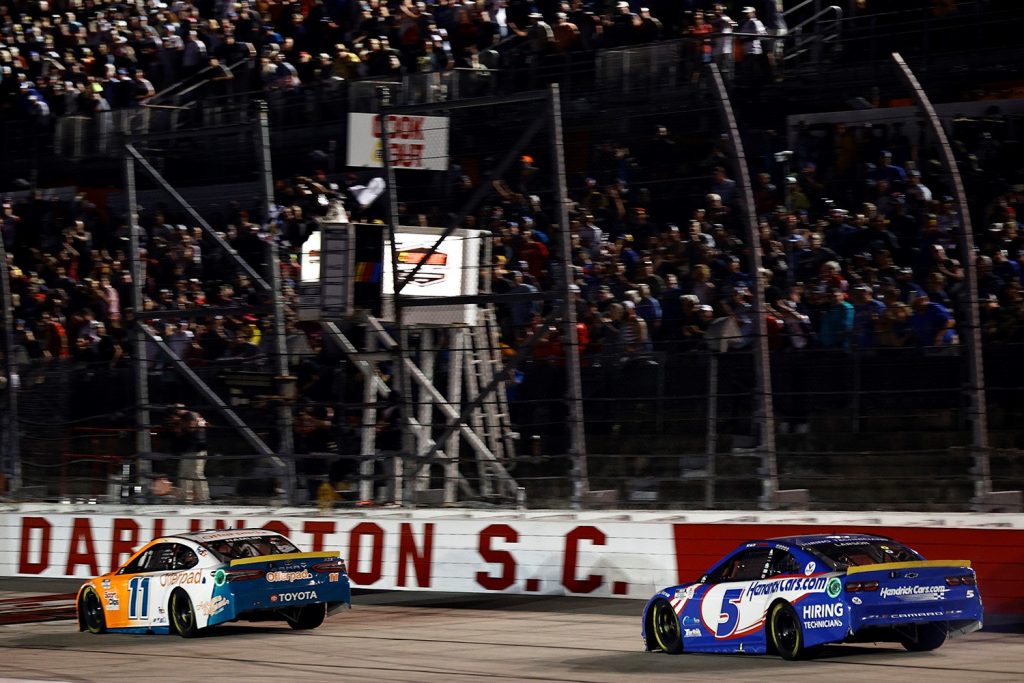 Kevin Harvick put the No. 4 Nascar Ford Mustang in the Cup Series Playoffs by winning at Michigan and then at Richmond just one week later. He took a major hit in the championship, though, when his race car caught fire at Darlington Raceway during the race on Sunday.

Harvick’s No. 4 Ford caught fire on Lap 276, rolling to a stop at the bottom of Turn 1. Harvick was able to safely exit the race car as flames rolled from under the hood and the wheel wells, though he remarked that flames had been coming through the dash as well. The incident relegated him to a 33rd-place finish and dropped him to 16th in Playoffs standings.

Harvick said he noticed no issues with the No. 4 Mustang before the fire broke out, blaming subpar parts for the issue.

“What a disaster for no reason,” he said, frustrated. “We didn’t touch the wall. We didn’t touch a car and here we are in the pits with a burned up car and we can’t finish the race during the playoffs because of crappy parts.” 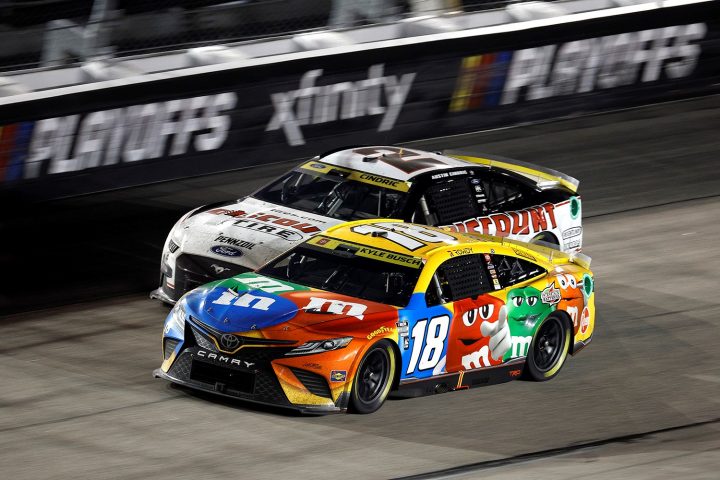 Harvick wasn’t the only one to suffer a bizarre mechanical issue at Darlington. Martin Truex Jr.’s No. 19 Toyota TRD Camry unexpectedly broke down while leading, followed by Kyle Busch’s No. 18 Camry losing an engine after he took over the lead. Kyle Larson’s No. 5 Chevy Camaro showed signs of engine failure early, Chase Elliott’s No. 9 Camaro broke critical suspension parts in a wreck, and Ross Chastain’s No. 1 Camaro also broke down.

Erik Jones, driver of the No. 43 Camaro, took advantage of his competitors’ misfortune to put the iconic No. 43, owned by Richard Petty, back in Victory Lane at Darlington. Joey Logano’s No. 22 Mustang was the best-finishing Mustang in fifth after starting on the pole.