Shortly after the Ford F-150 Lighting opened up for reservations, The Blue Oval raked in well over 200,000 of them, demand that far exceeded the automaker’s expectations. Perhaps more interesting was the fact that three-quarters of the reservations Ford took for the F-150 Lightning came from shoppers who didn’t own a FoMoCo product at the time, a staggering sum that proved the EV pickup has broad appeal. However, The Blue Oval didn’t reveal which vehicles the Ford F-150 Lightning was conquesting the most, but now that information has been included in the automaker’s just-released August sales report. 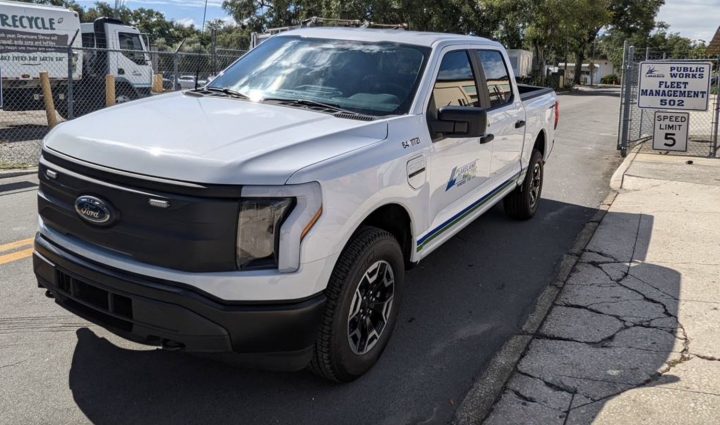 So far, the top three Ford F-150 Lightning conquests are the Ram pickup, Tesla Model 3, and Tesla Model X, an interesting mix of ICE and EV models. However, with the EV pickup market being so young, the F-150 Lighting has only two competitors at the moment – the Rivian R1T and GMC Hummer EV – both of which are also relatively new.

Regardless, Ford’s newer products have proven to be conquest champions thus far, particularly trucks, SUVs, crossovers, and EVs including the Ford Bronco, Ford Bronco Sport, Ford Mustang Mach-E, and Ford Maverick. The vast majority of Mach-E buyers have come from other brands, in fact, while over 70 percent of Blue Oval EV buyers were conquests in the month of June.

Perhaps unsurprisingly, Ford CEO Jim Farley recently noted that the automaker will continue to rely on conquests as it aims to grow its EV market share. Farley previously stated that he believes mass EV adoption will begin as soon as next year – much quicker than he originally anticipated – and in a crowded and competitive segment, conquests are critical for the automaker’s success in attracting customers to the brand.