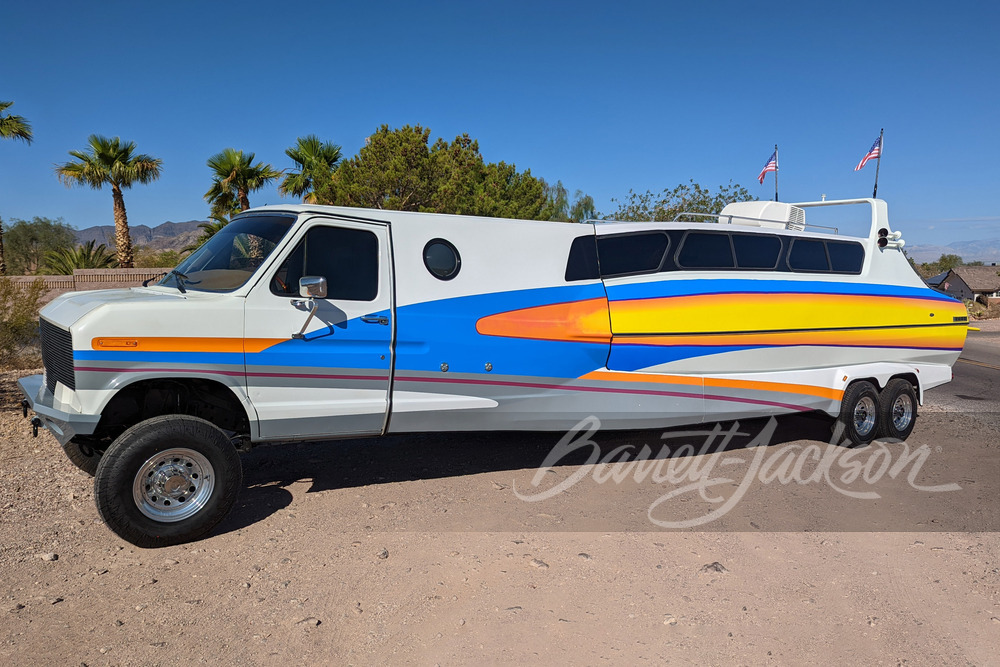 Older vehicles are often referred to as “land yachts” due to their large bodies and less-than-precise steering, but it turns out there’s at least one example of a true land yacht out there on the road. Meet the so-called “Boaterhome,” a unique, if not downright strange, 1987 Ford E-350 with a detachable boat integrated into its modified rear end. This vehicle recently crossed the auction block at Barrett-Jackson Las Vegas 2022, fetching a record-breaking $77,000. 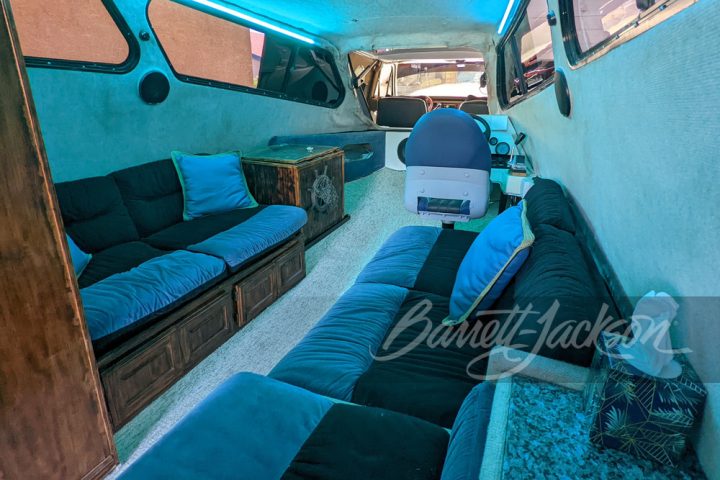 The Ford E-350 portion of the Boaterhome harnesses a 460 cubic-inch eight-cylinder powerhouse, which is paired with a three-speed automatic transmission. It’s front-wheel-drive to allow for ease of backing the boat into the water. It was given a new power steering system, air conditioning system, oil pan gasket and rear main seal before heading off to auction, and inside, it features all-new seating and carpeting. Of course, it’s outfitted with captain’s chairs up front, and music can be enjoyed through the all-new stereo system. 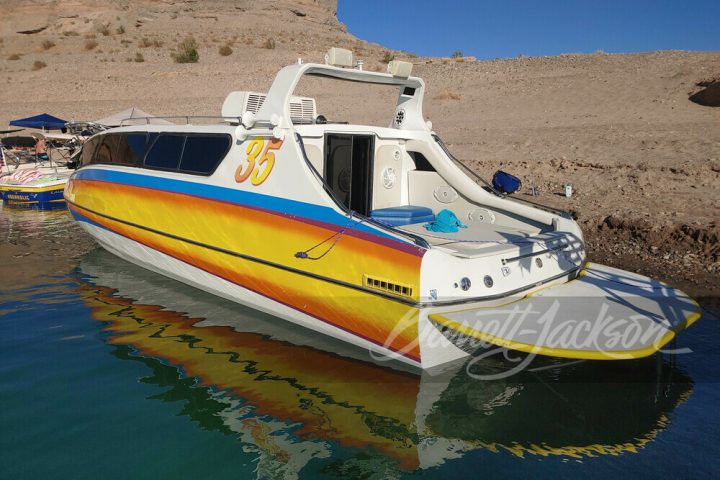 The boat is a Sport King 28-foot Cabin Cruiser, made completely of lightweight fiberglass with a modified V-hull. It gets its power from a Mercury Cruiser 350/260 horsepower inboard/outboard engine, and sports a fresh coat of paint. This boat has plenty of luxuries, including an instant hot water heater, full kitchen, train horn and LED lighting.

The boat and the van are paired for seamless integration, sporting a multicolor paint scheme very reminiscent of the 1980s. It does have license plates on both the front and the rear, meaning that this strange machine is entirely street legal as well as seaworthy.

The Boaterhome Ford E-350 is no stranger to the small screen, having been featured on Ridiculous Rides, YouTube, Street Muscle Magazine and even starred in an ad for Little Caesars Pizza.