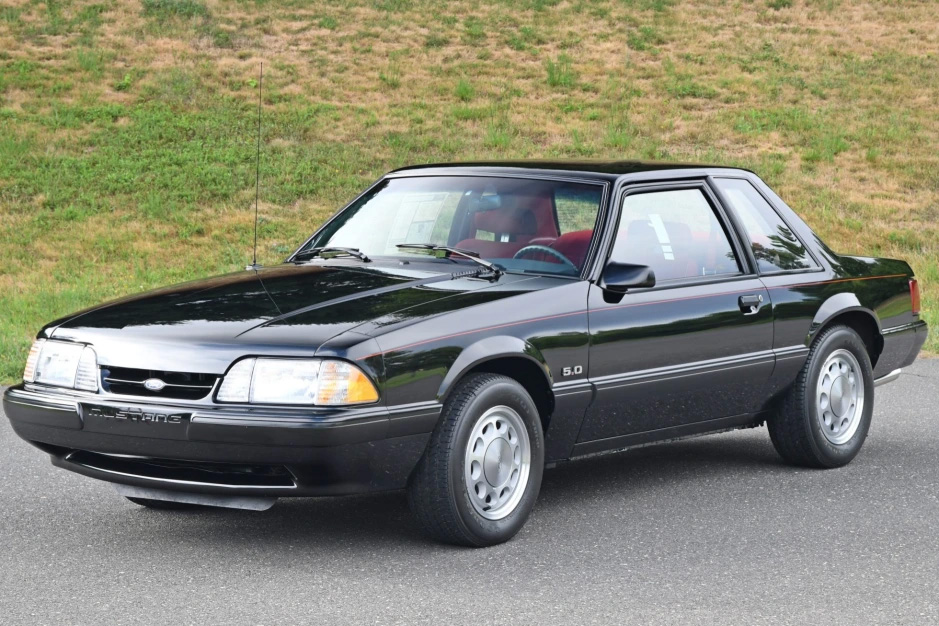 In the past, Ford Authority has featured a handful of rare, low-mileage Fox Body Ford Mustang  coupe and convertibles as they’ve shown up for auction. For example, a 1984 Mustang with just 13,000 miles was up for sale late last year, as was a 1986 Mustang with just one prior owner. In March 2022, a 1990 Mustang drop-top, one of just 4,103 7-Up Edition models, sold for $8,000. Another third-generation Fox Body is currently up for sale on Bring A Trailer: a 1989 Ford Mustang LX with just 1,700 miles on the odometer. 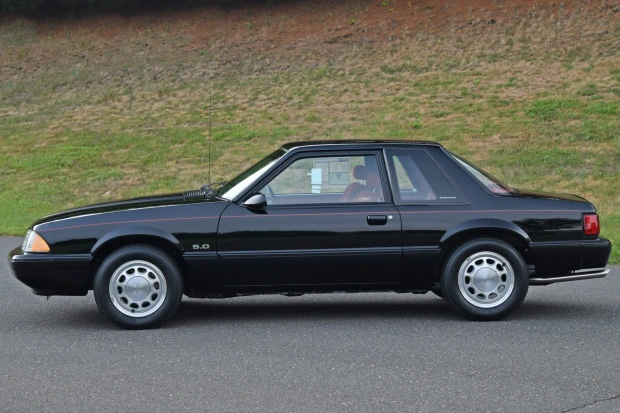 This 1989 Ford Mustang LX, which sports a notchback-style greenhouse, is finished in black with subtle red pinstripes. This theme is carried through to the interior, with immaculate Scarlet red upholstery that looks almost brand new – as it should, since this vehicle has clearly seen minimal use in its 33-year life. It rides on 15-inch alloy wheels wrapped in 225/60 Goodyear Eagle VR60 tires. 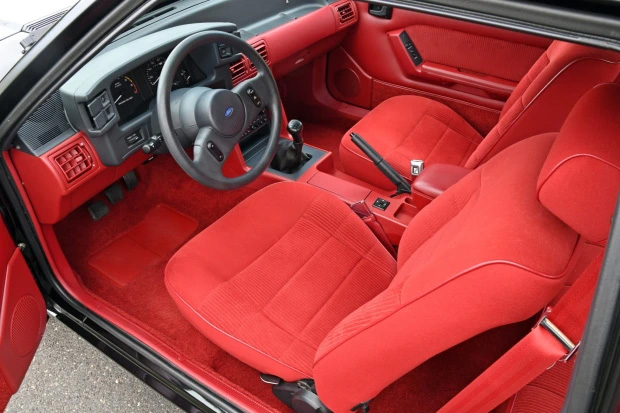 Get-up-and-go in this 1989 Ford Mustang LX is sourced from its 5.0L V8 302 cubic-inch powerhouse, which is rated at 225 horsepower and 300 pound-feet of torque. A five-speed manual transmission and a limited-slip differential makes sure the power meets the road via the rear wheels. 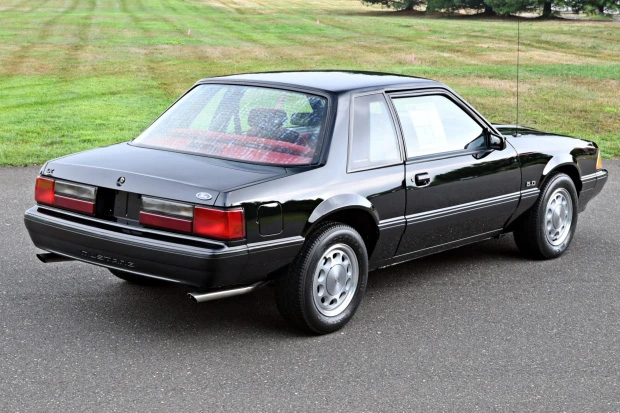 The current owner acquired this 1989 Ford Mustang in 2016, and has put approximately 20 miles on it since purchasing it. The oil was most recently changed in 2020, and so few miles indicates that this vehicle has lived a cushy life thus far. Its window sticker indicates that it sold for $13,119 new, which is roughly equivalent to $31,400 today adjusted for inflation. The bid has already exceeded that, as it sits at $45,000 at the time of this writing, and the auction will close on October 31st.

1989 Laforza With Ford 5.8L V8 Lightning Engine Up For Auction