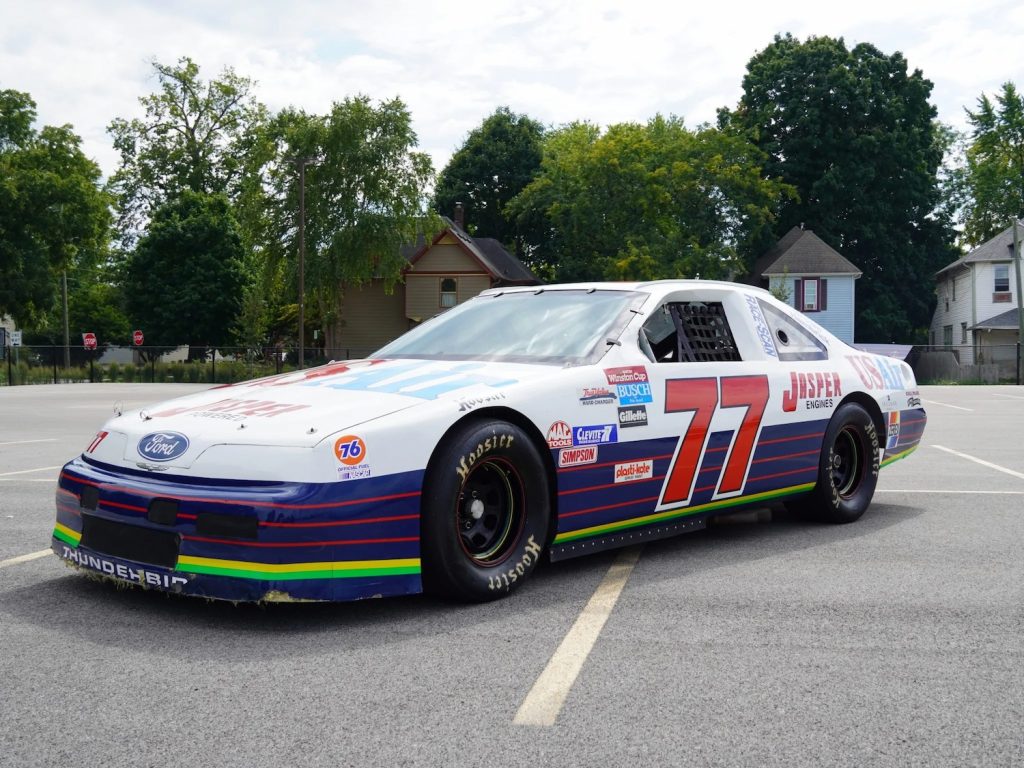 Every so often, cool old racers or cars owned by racers pop up for sale, giving fans the chance to own a truly unique and notable piece of motorsports history. In recent years, that list has included a 1991 Ford Thunderbird once owned by Nascar legend Jeff Gordon, as well as a 1993 Thunderbird that was driven in actual Nascar races by Jimmy Means, Brad Teague, and Jimmy Hensley, among others. Now, this 1994 Ford Thunderbird Nascar replica racer has popped up for sale at Bring a Trailer, and it’s nearly as good as the real thing, too. 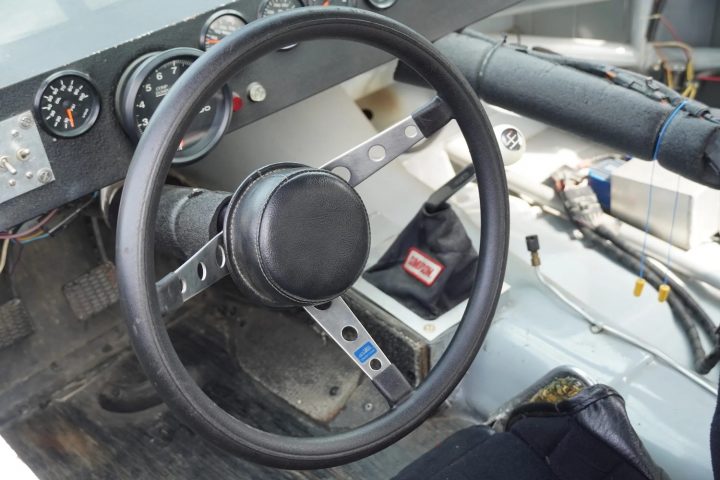 This 1994 Ford Thunderbird Nascar racer is a replica of the car that was owned by Travis Carter Racing in the early 1990s and driven by Greg Sacks in the 1994 Winston Cup Series Brickyard 400. The original race car then went on to compete in some short track races before Sacks returned to the driver’s seat. In 1994, this replica was donated to the Indianapolis Motor Speedway Foundation and incorporated into the museum’s collection in recognition of the inaugural Brickyard 400. 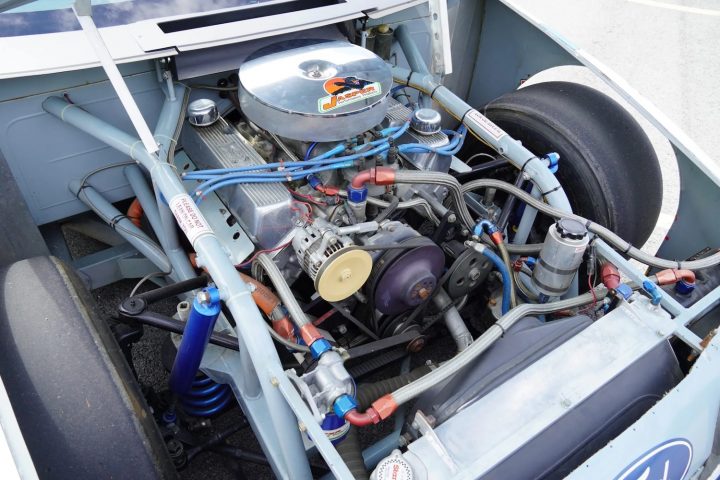 This nicely-done replica is finished in the same red, white, and blue number 77 USAir livery as the original, and the exterior features all of the requisite details one would expect to find on the cars that we all watch on our TVs on Sundays. It rolls on a set of black 15-inch wheels wrapped with Hoosier slicks, and features a spartan interior with a full roll cage, an aluminum racing seat, and a fire suppression system. 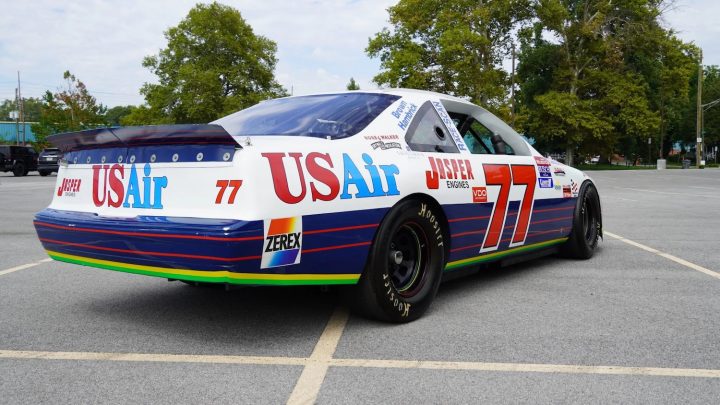 Power for this T-Bird comes from a 358 cubic-inch V8 that was built by Jasper Motorsports, which is mated to a Borg Warner T-10 four-speed manual transmission. Now, this cool piece of Nascar history is up for grabs, with the proceeds from its auction going to benefit the Indianapolis Motor Speedway Foundation, which makes it a win-win for the lucky person who manages to bring it home.