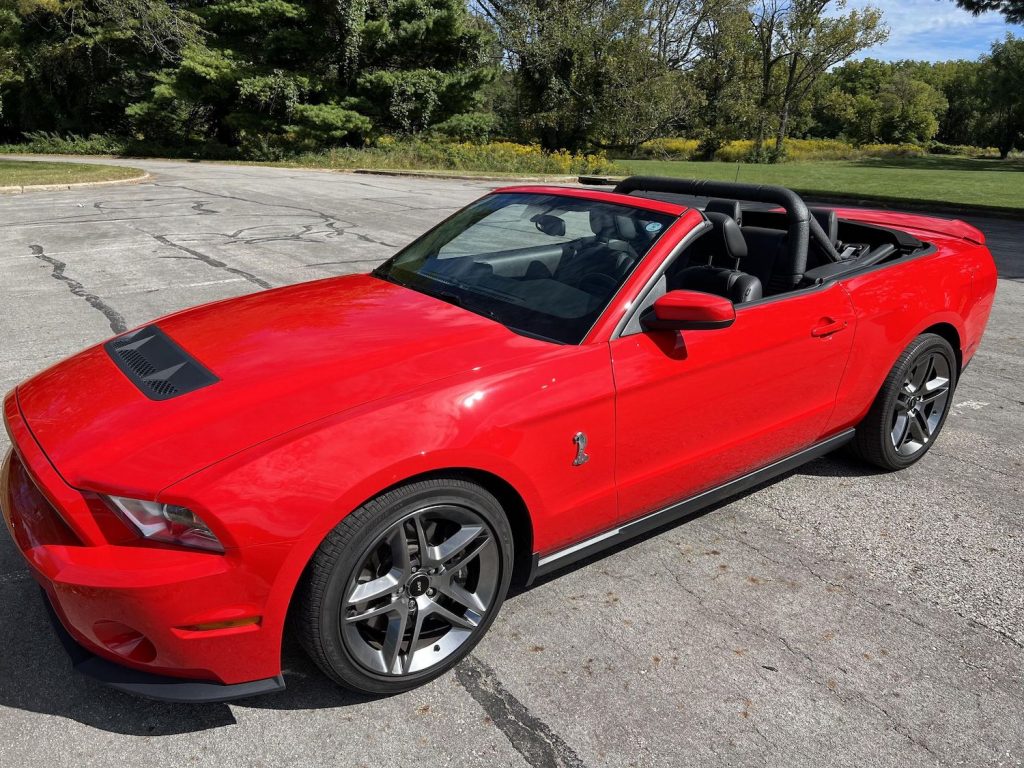 The Ford Mustang has been offered in convertible form since its inception, and drop top versions of the venerable Shelby GT500 have also been available as recently as the S197 generation. However, the S550 version launched with no convertible option largely thanks to its prodigious amount of power, as Ford Authority reported back in April. Thus, anyone who covets a King of the Hill pony car with wind-in-the-hair capability will need to look to the used car market, and perhaps this very nice 2012 Ford Mustang Shelby GT500 convertible up for grabs at Cars & Bids. 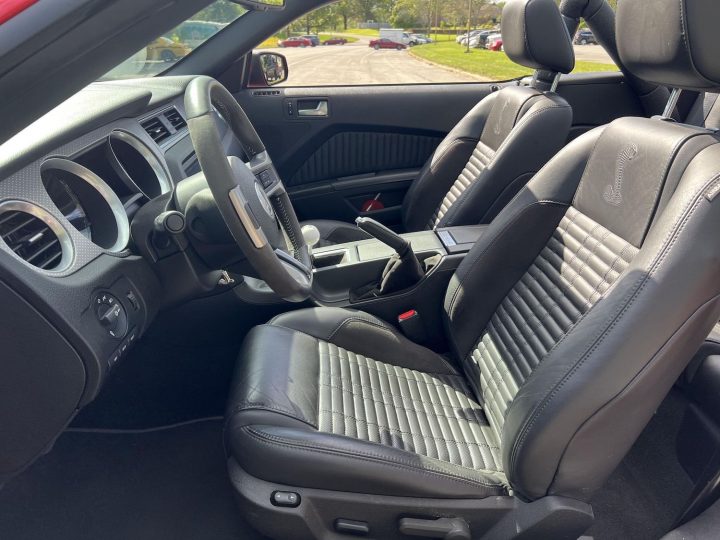 This particular 2012 Ford Mustang Shelby GT500 convertible has just 10,200 miles on the clock and looks like brand new as a result, with perfect Race Red paint and just one modification – a roll bar. On the outside, it features 19-inch SVT wheels, HID headlights, over-the-top stripe delete and tape stripe delete, a power dome hood with a heat extractor, a rear spoiler, and a black folding soft top, to boot. 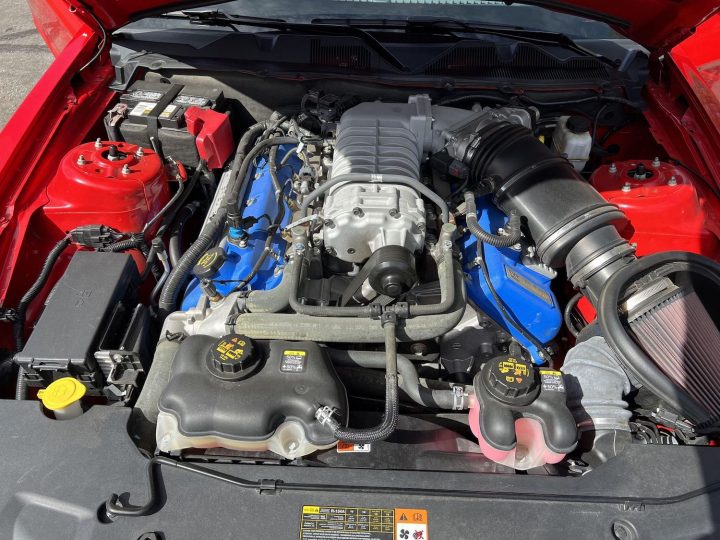 Inside the cabin, this stellar GT500 is equipped with a black leather interior and plenty of amenities, including the Electronics Package with navigation, a leather-wrapped steering wheel with Alcantara trim, automatic climate control, and the Shaker audio system with a CD player. 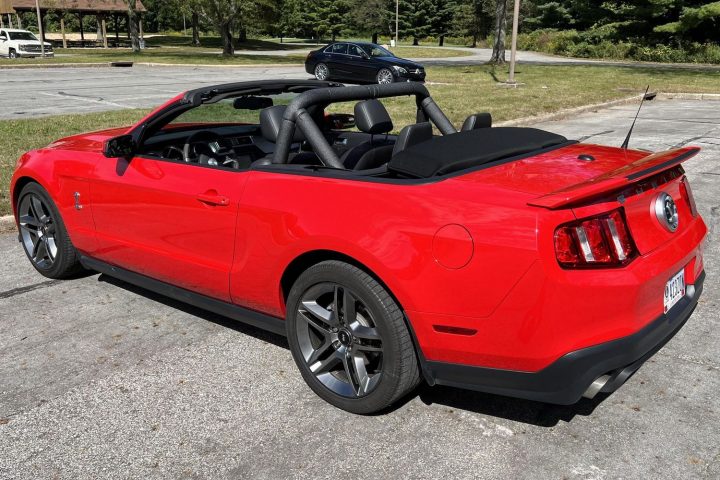 What matters here lies under the hood, however, where one will find the supercharged Ford 5.4L V8 that cranks out 550 horsepower and 510 pound-feet of torque. That power flows to the rear wheels via a six-speed manual transmission and a limited-slip rear differential, which is accompanied by an SVT-tuned suspension and Brembo front brakes. It’s a bit less powerful than the latest GT500 and its 760 raging ponies, but for those that want a drop top version of the ultimate Mustang, this is as good as it gets – for now, at least.