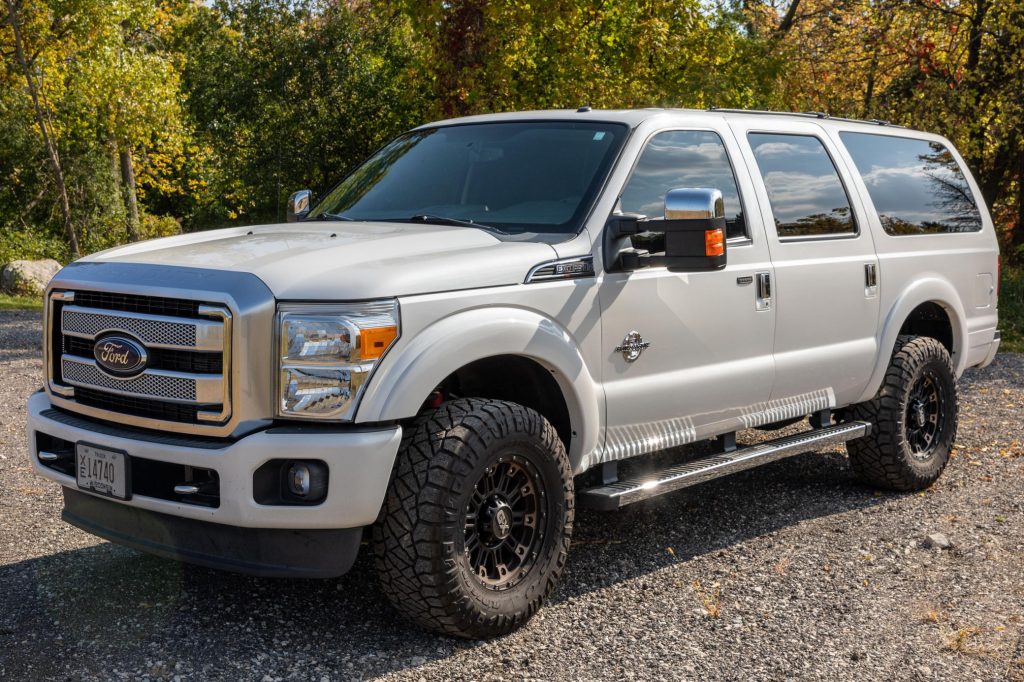 The Ford Excursion was discontinued in 2005, but some creative owners have given the full-size SUV new life in the form of Super Duty conversions. These conversions take parts from the long-dead Excursion, turning the pickups into custom three-row SUVs. One of these unique machines has recently been placed up for auction on Cars And Bids, a 2014 Ford F-250 converted into a modern version of an Excursion. 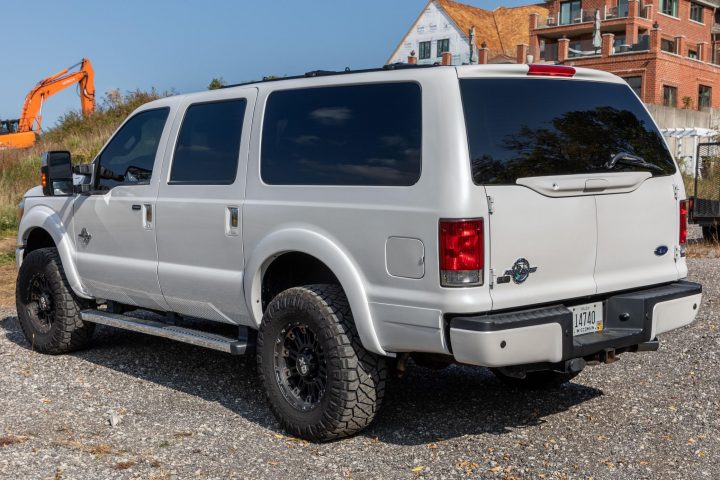 This vehicle began life as a 2014 Ford F-250 Lariat with the Platinum Package and FX4 Off-Road Package. The third-generation Super Duty was taken to Custom Autos by Tim in Guthrie, Oklahoma, where it was converted into a three-row “Excursion.” This includes a working rear wiper, vent windows and a high-mount brake light. It also rides on a set of custom 18-inch KMC XD829 Hoss II wheels. It’s finished in White Platinum Metallic with a Pecan interior. 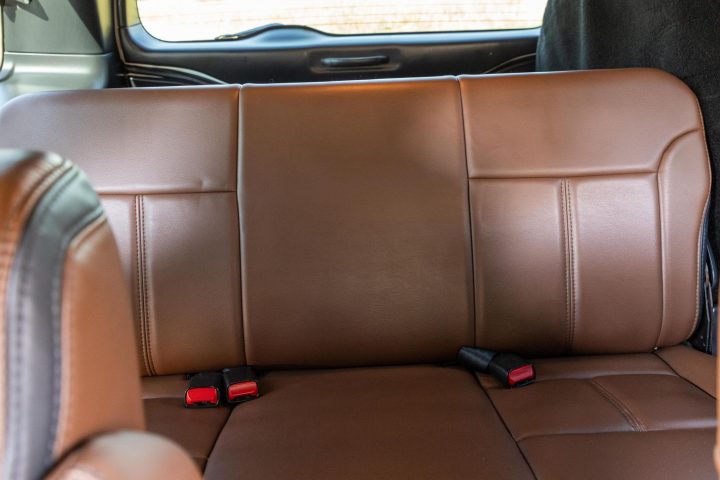 Power in this unique 2014 Ford F-250 Excursion conversion is sourced from the Ford 6.7L V8 Power Stroke Scorpion engine, which is rated at 400 horsepower and 800 pound-feet of torque, more than enough to give some pep to the pickup-turned-SUV. All those horses are routed through either the rear two or all four wheels via its six-speed automatic transmission. 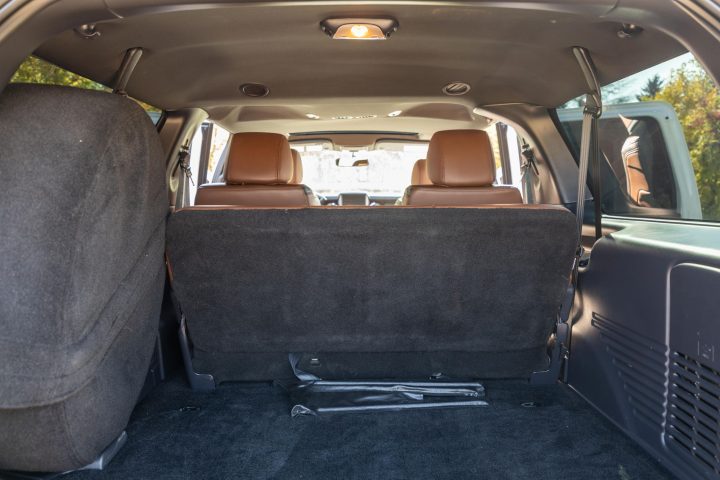 With 65,500 miles on the odometer, it’s no shocker that this SUV conversion has a bit of wear and tear. There are some rock chips reported, scratches around the exterior door handles, wear on the driver’s seat, a scratched center console and scuffed interior plastics. It also had the radiator and engine gaskets replaced to address some leaks, but other than that, it seems to be in decent condition.

Want the latest on all things Blue Oval? Be sure and subscribe to Ford Authority for the latest Ford F-Series news, Ford Super Duty news, Ford Excursion news and continuous Ford news coverage.