Amid strong demand and short supply, the 2022 Ford F-150 Lightning remains an elusive find for those in the market for the new EV pickup. There are a few examples in dealer stock, though many of those have had big markups applied to their window stickers, while a large number of reservation/order holders are still waiting to take delivery or looking forward to the next model year. As such, it isn’t a huge surprise to learn that 2022 Ford F-150 Lightning dealer stock continues to turn in just eight days, a fact that the automaker revealed in its most recent sales report. 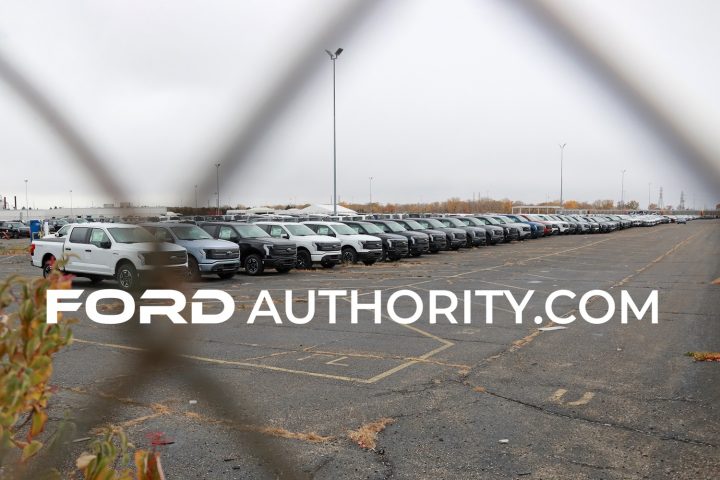 This pace is identical to the eight days it took for F-150 Lightning dealer stock to turn in September, which signals that demand hasn’t let up one bit. It’s also somewhat surprising given the fact that the Lightning is also one of the most commonly (and heavily) marked up new vehicles on the market, but it seems as if many are wiling to pay whatever price is needed to bring one home.

As Ford’s electric vehicle sales in general spiked significantly in the third-quarter of 2022, so have F-150 Lightning sales. Ford sold a total of 2,373 units of its EV pickup last month, as well as 6,464 in Q3, bringing its total to 20,071 year-to-date. Last quarter, that figure was enough to represent around one-third of total Ford EV sales, and around one-fifth of the automaker’s year-to-date figures.

Meanwhile, Ford continues to battle various supply chain constraints as it works to fill all of its F-150 Lightning orders. Just last week, Ford Authority spies spotted a large number of what the automaker calls “vehicles on wheels” – or unfinished vehicles awaiting parts – parked near the Flat Rock Assembly plant in Michigan, which is where the Ford Mustang is built.

2022 Ford Maverick Demand Did Not Slow Down In October