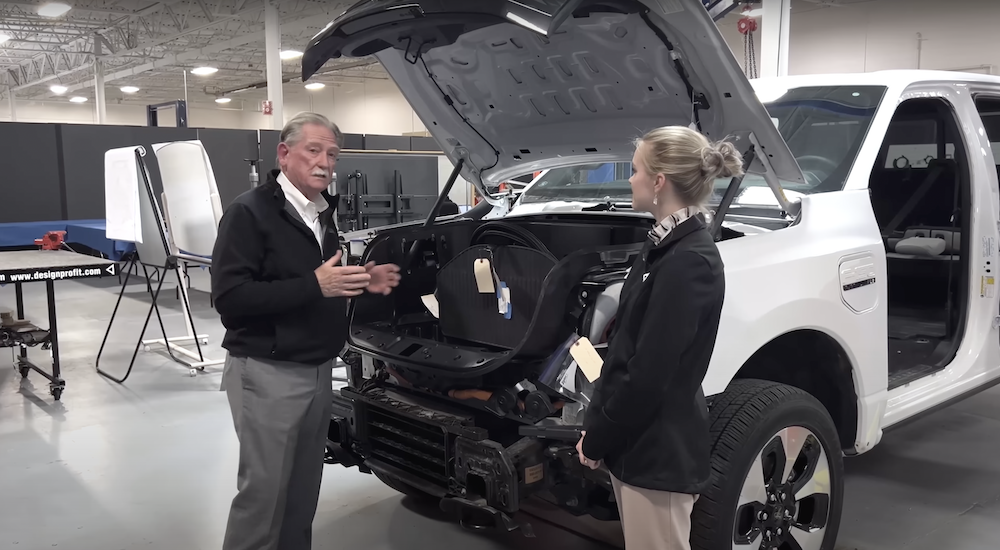 After dissecting a Ford Mustang Mach-E and analyzing all of its various components such as the EV crossover’s front end, battery tray, and suspension, Sandy Munro – an engineer and YouTuber – has now set his sites on the 2022 Ford F-150 Lightning – or more specifically, its frunk. We’ve already seen that there are some pretty interesting things in the giant space that would typically hold an engine in the Lightning’s ICE counterpart, including part of a propulsion system underneath it that’s good enough to earn a spot on Wards’ 10 Best list, and now, we’re getting a much more detailed look under the hood courtesy of Munro himself. 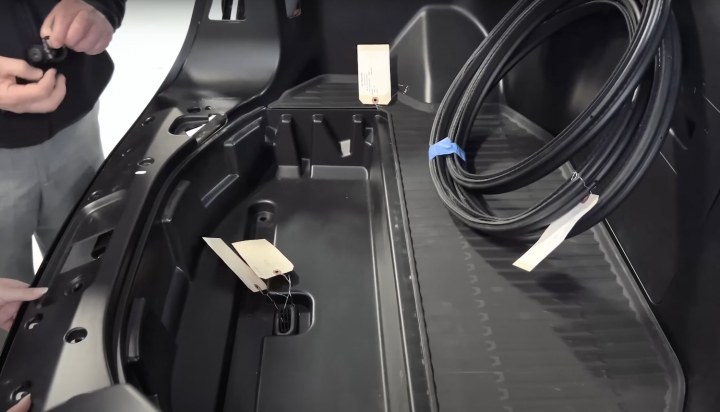 Turns out, there are a lot of things that Munro likes about the frunk area present in the 2022 Ford F-150 Lightning, such as the drain hole, which features “duck’s bill” that allows liquid to flow out but not come back in. The lid that covers that lower portion of the frunk can be positioned in all different sorts of ways as well, lending a bit of flexibility to that space. 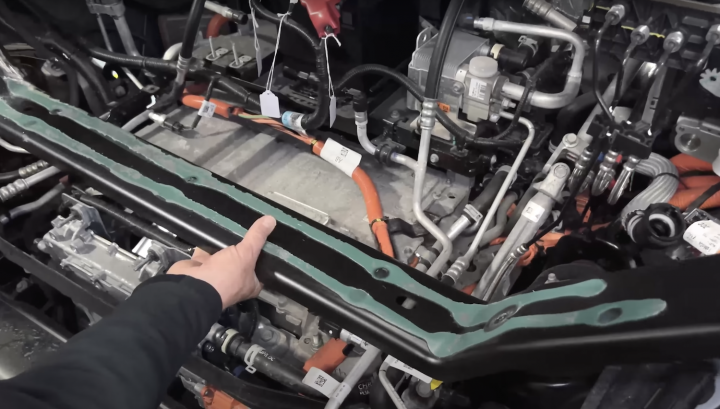 Munro is a big fan of using the same size bolt throughout any particular part on a vehicle, and that’s also the case with the Lightning frunk, which features a one-size approach in that regard, along with captured washers, hex heads, and external head fasteners. The frunk also features tie-downs for securing all sorts of cargo, but the basic height of the frunk opening is also a bit hit with Munro, who points out that things like heavy bags of cement or rocks are much easier to toss in there as a result.

There are loads more features present in the 2022 Ford F-150 Lightning frunk that Munro covers that many have not thus far, including some small slotted holes that could hold bungee cords and hooks for grocery bags, the latter of which even use a foam surround to keep them from rattling around. Overall, this video provides us with a super close look at a pretty cool feature from the eyes of an engineer, and it’s quite fascinating as a result.