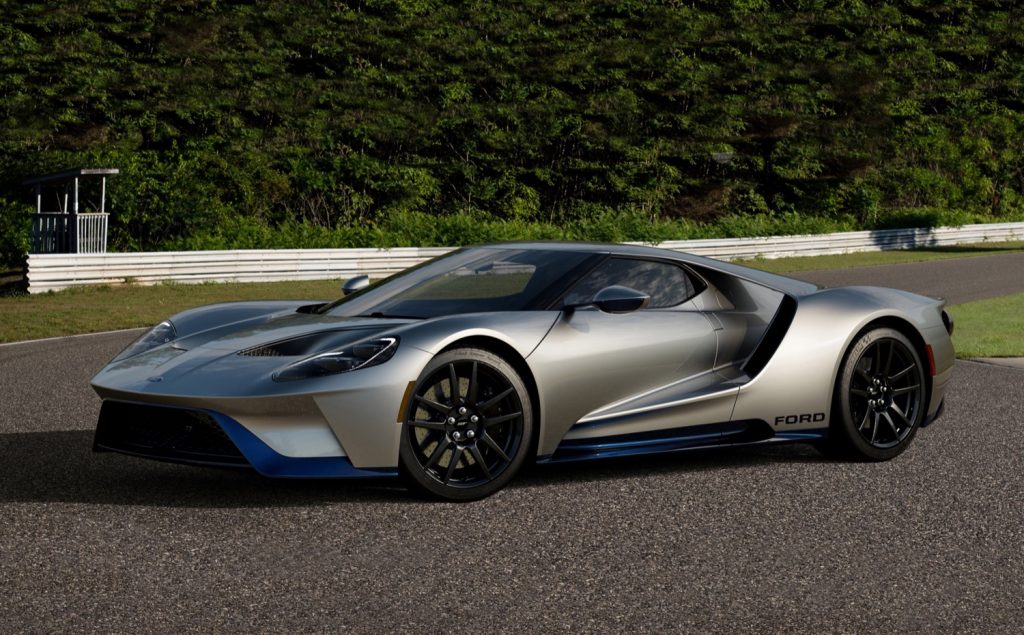 Back in August 2021, Ford Authority spies spotted a very unique Ford GT prototype driving around sporting the equipment necessary for an EPA emissions test, indicating that The Blue Oval was potentially testing its halo supercar with an engine other than the twin-turbo Ford 3.5L V6 EcoBoost – possibly even a twin-turbocharged version of the Ford 7.3L V8 Godzilla. At that point, Ford had already extended GT production two times, though it seems as if it will indeed end following the 2022 model year, as the final variant – the 2022 Ford GT LM Edition – has just been revealed.

The 2022 Ford GT LM Edition will represent the last gasp for this particular model, at least in its current, third generation, and is part of the previously-planned 1,350-unit production run. Limited to just 20 units, this new special edition model is finished in Liquid Silver on the outside, while customers can choose between a red or blue theme throughout, which pays tribute to the 2016 Le Mans-winning number 68 GT’s red and blue livery. 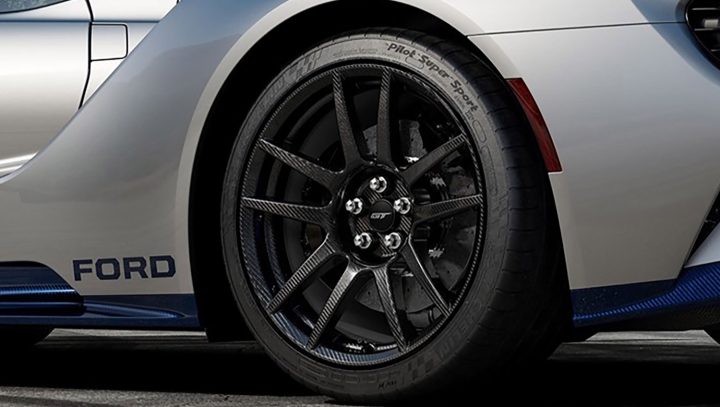 Red or blue tinted carbon fiber adorns the car’s lower aerodynamic bits including the front splitter, side sills, and door sills, as well as the engine bay louvers, mirror stalks, and rear diffuser. The LM Edition rolls on a set of exposed gloss carbon fiber 20-inch wheels with red or blue inner barrel accents and titanium lug nuts, which cover up black Brembo brake calipers. Out back, the special edition GT features a 3D titanium-printed dual-exhaust with a cyclonic tip design, along with a 3D-printed GT LM badge.

Inside the cabin, the GT LM Edition is equipped with Alcantara-wrapped carbon fiber seats finished in red or blue on the driver’s side, as well as Ebony on the passenger side with accent stitching, a red or blue start button, an Ebony leather and Alcantara instrument panel, an Ebony Alcantara headliner and pillars, and a carbon fiber console, lower A-pillars, and registers. Perhaps the coolest touch present in the LM Edition, however, is its 3D-printed instrument panel badge, which is made from the Le Mans-winning racer’s crankshaft, which was ground into a powder and tuned into a bespoke alloy. 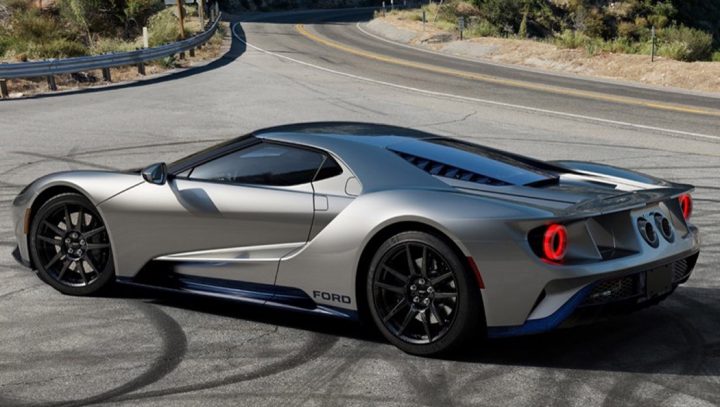 Production of the 2022 Ford GT LM Edition is scheduled to begin this fall, with production of the GT in general wrapping up later in the year. As has previously been the case, only qualified customers will be eligible to purchase one, however.