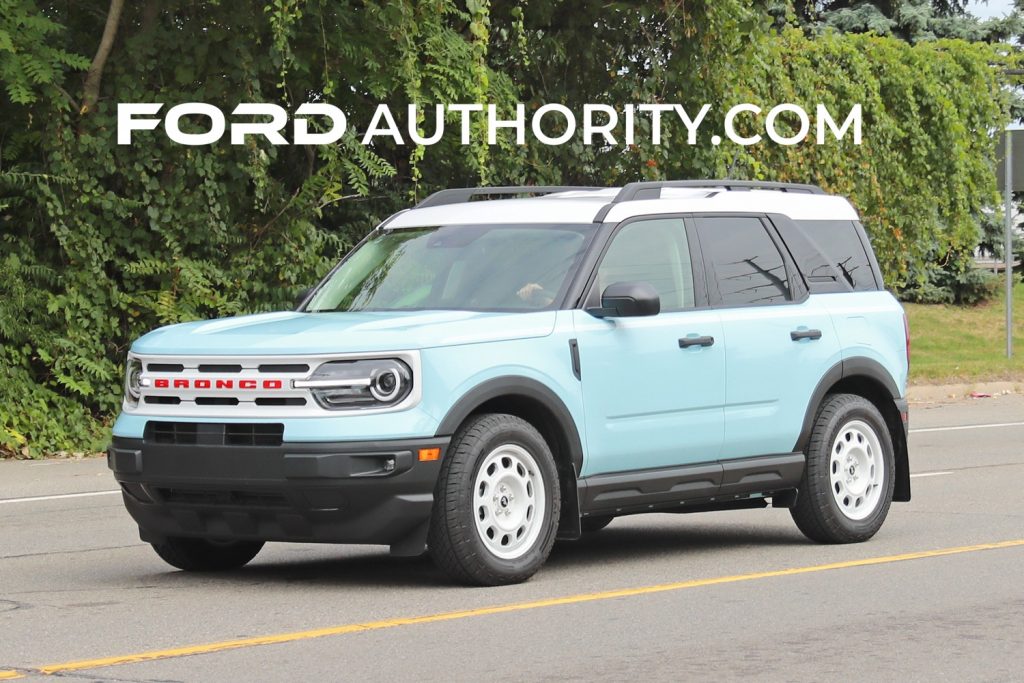 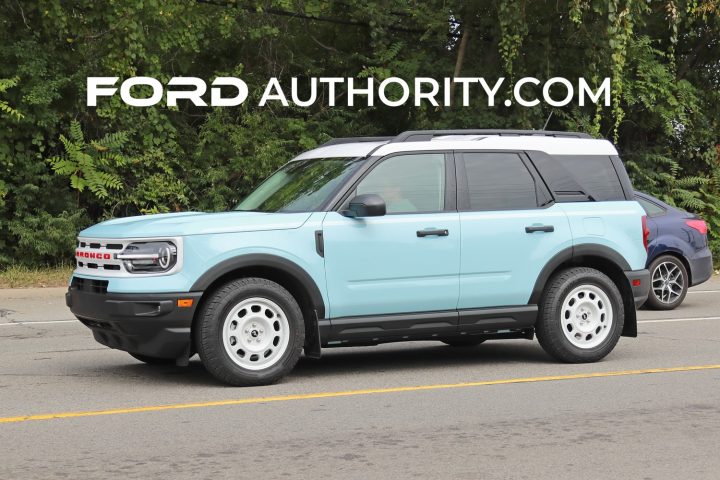 This soft blue exterior color complements the 2023 Ford Bronco Sport Heritage’s Oxford White accents, which include a painted roof, grille insert and Bronco script affixed to the liftgate. The red Bronco script emblazoned on the front is the focal point of this vehicle, and one of the unique touches that set this variant apart from the others. 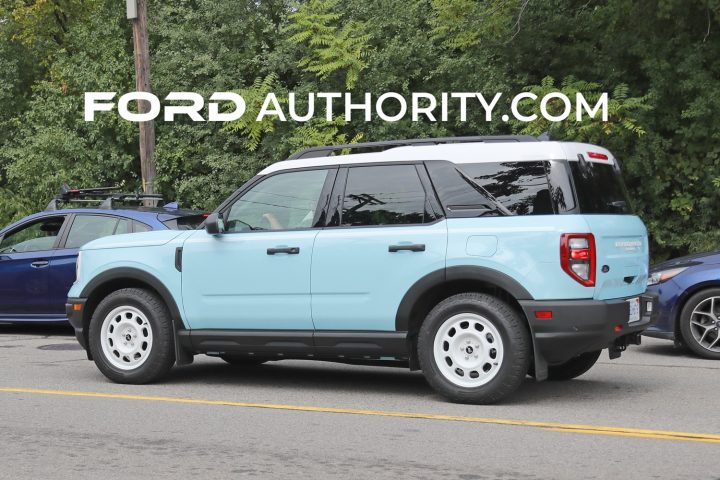 Inside, the Bronco Sport Heritage Edition is outfitted with plaid cloth seats and a Navy Pier instrument panel, a color inspired by cloth seats available in the Bronco in the 1980s. Oxford White accents are found on the bin and door ring, along with Oxford White door inserts, special center console badging and more. It also sports Race Red armrest stitching, Navy Pier straps and Race Red zipper grips on the Molle panels. 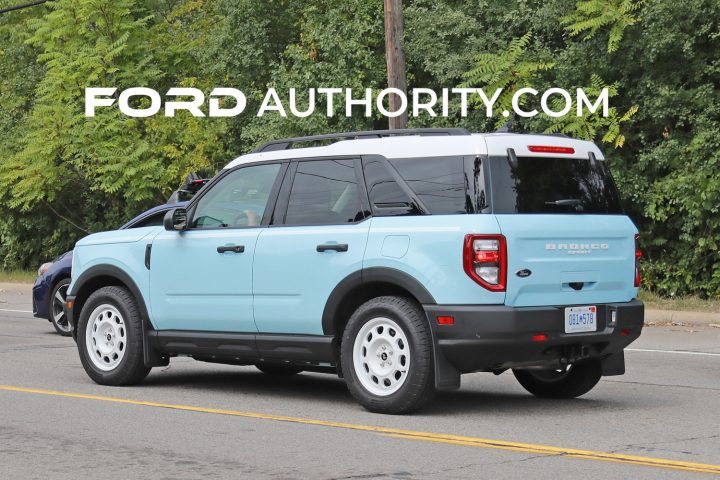 Under the hood, the 2023 Ford Bronco Sport Heritage Edition sources power from the turbocharged Ford 1.5L I-3 EcoBoost powerplant, with 181 horsepower on tap. The Bronco Sport Heritage Edition is based on the Big Bend, which means buyers get a H.O.S.S. system with an increased ride height, uniquely tuned front struts with hydraulic rebound stops, 46 millimeter diameter monotube rear shocks and antiroll bars, plus the Terrain Management System with five G.O.A.T modes.

We’ll have more on the Bronco Heritage Edition soon, so be sure and subscribe to Ford Authority for more Ford Bronco Sport news, and comprehensive Ford news coverage. 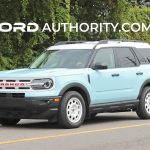 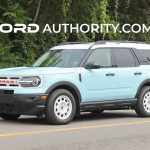 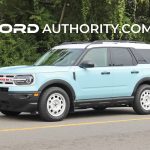 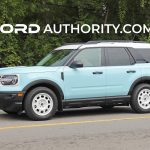 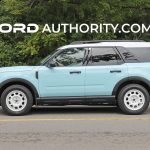 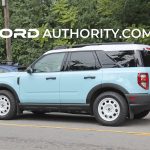 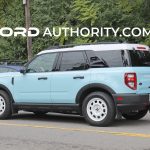 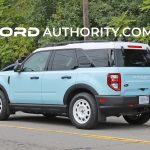