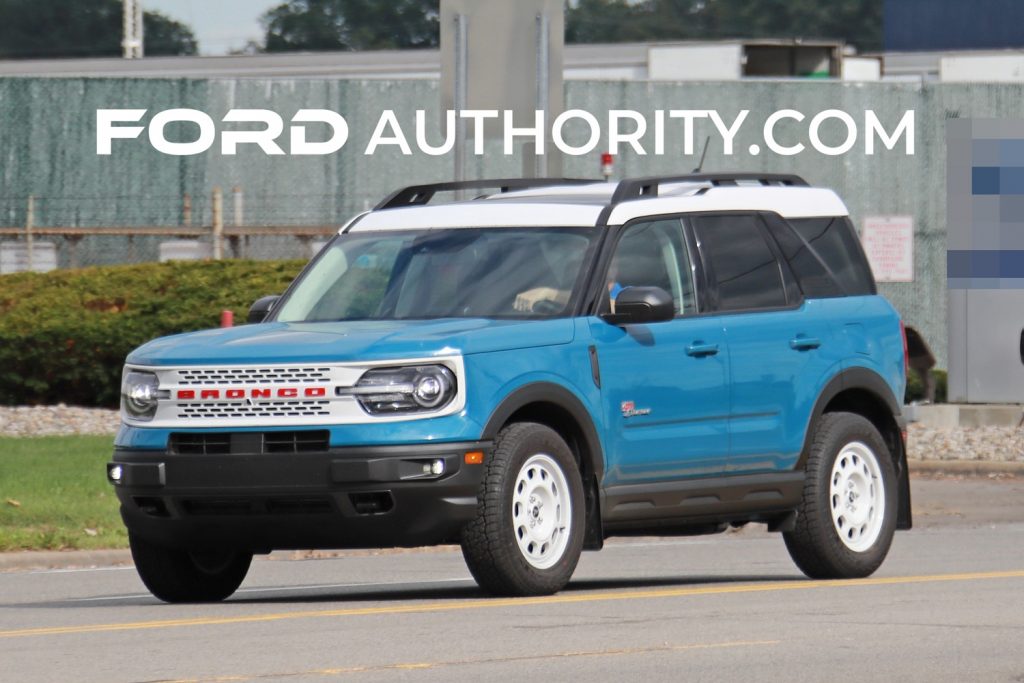 Back in August, Ford revealed that the Bronco family would receive special Heritage Edition models for the 2023 model year, featuring retro-inspired two-tone paint schemes as a throwback to liveries from the Bronco’s past. Ford Authority recently spotted a 2023 Ford Bronco Sport Heritage Edition up close at the Woodward Dream Cruise, sporting a coat of Yellowstone Metallic paint. Now, we’ve gotten a good look at another one, this time a 2023 Ford Bronco Sport Heritage Limited Edition dressed in Peak Blue. 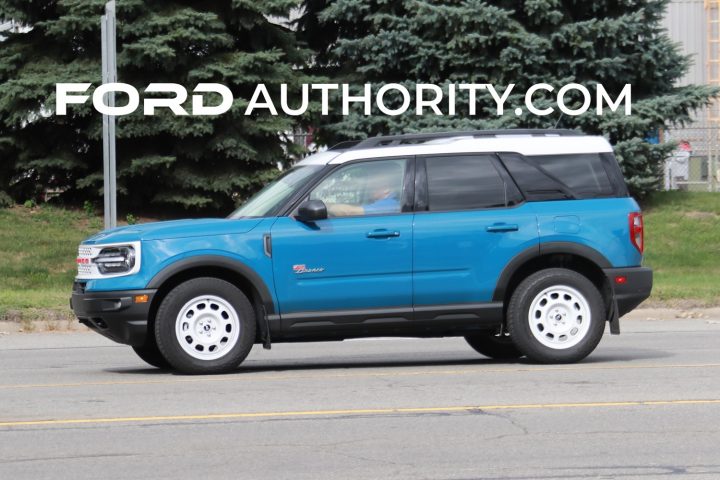 This Bronco Sport Heritage Limited Edition shows off myriad unique styling cues, perhaps the most obvious is the Oxford White grille with Race Red “Bronco” script emblazoned on the front, which sets it apart from other Bronco models. The Oxford White color is also present on the roof, along with the “Bronco” script on the vehicle’s liftgate. Peak Blue is one of three colors available for Heritage Edition models, along with Yellowstone Metallic and Robin’s Egg Blue. This is the first time a Peak Blue model has been spotted, as The Blue Oval previously only showed off the other two colors in person and in press images.

Under the hood, the 2023 Ford Bronco Sport Heritage Limited Edition sources power from the turbocharged Ford 2.0L I4 EcoBoost powerplant, while the Heritage Limited also features the automaker’s advanced 4×4 system with a twin-clutch rear-drive unit and differential lock, along with seven G.O.A.T. modes for travel across any terrain. 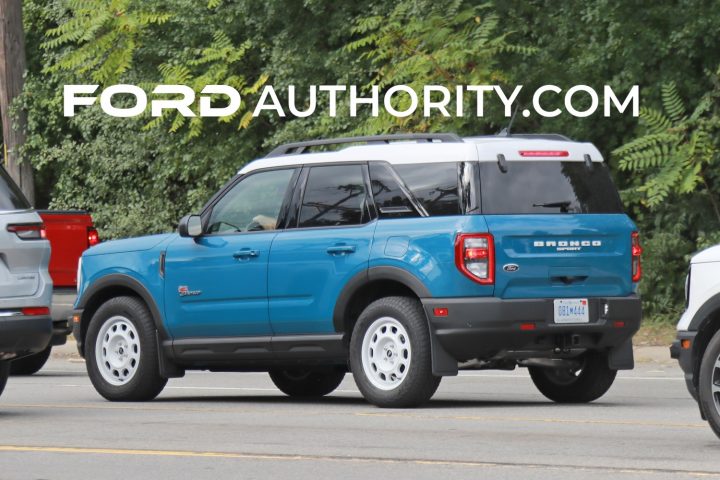 The Bronco Sport Heritage Limited Edition features leather-trimmed seats with Oxford White accents present on the bin and door ring, along with Oxford White door inserts, special center console badging and more. It also boasts Race Red armrest stitching, Navy Pier straps and Race Red zipper grips on the Molle panels. Pricing for the Bronco Sport Heritage Limited starts at $44,655. Only 1,966 units of both Heritage Limited Edition variants will be produced, referencing the first model year of the original Bronco, which was 1966.

Wan to stay up to date on all things Bronco and Ford? Be sure to subscribe to Ford Authority for more Bronco Sport news, and for comprehensive Ford news coverage. 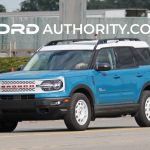 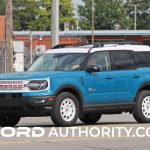 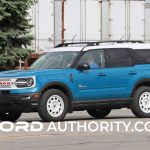 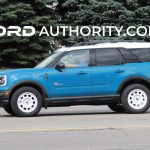 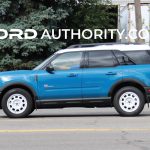 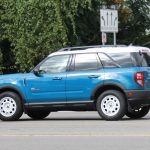 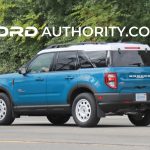