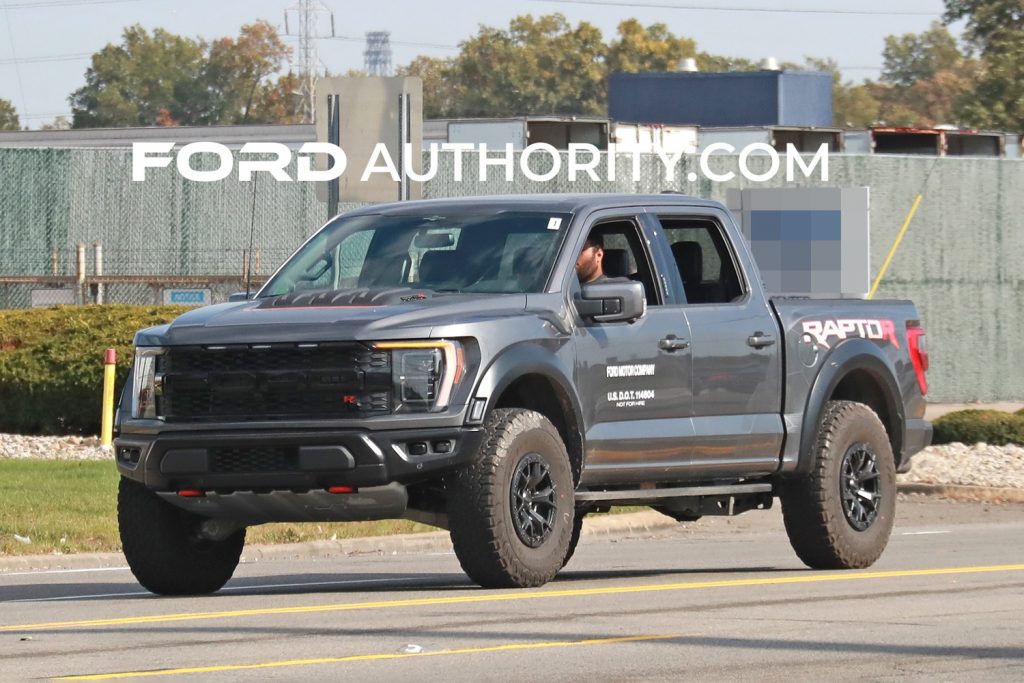 The 2023 Ford F-150 Raptor R is a force to be reckoned with, debuting in July as a supercharged, borderline overkill addition to the iconic F-150 range. It harnesses the supercharged Ford 5.2L V8 Predator under the hood, and Ford Authority has spotted several real-life examples of the high-performance pickup, including one wearing Iconic Silver, another in Azure Gray and a third in Oxford White. Now, we’ve spotted yet another F-150 Raptor R showing off its Carbonized Gray paint scheme. 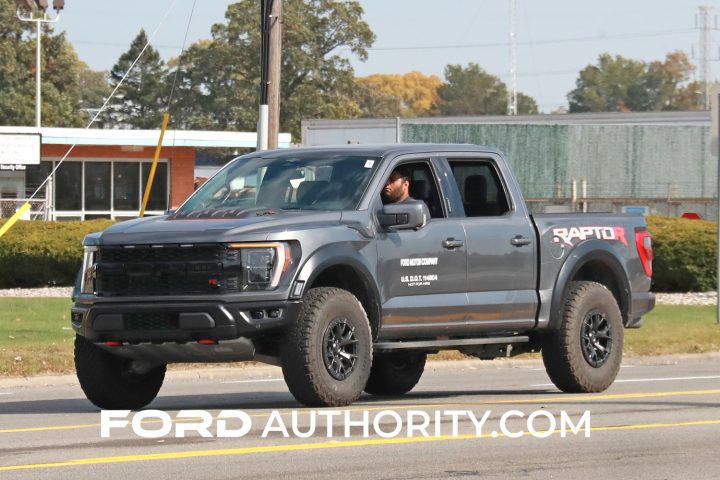 As a reminder, Carbonized Gray is a color that’s available through the “regular” F-150 lineup. However, for the Raptor family, it’s only available on Raptor R models. Note the special touches that help identify this vehicle as a Raptor R, including the Code Orange “R” badge affixed to the front grille, along with the Code Orange tow hooks. The power dome hood also has a Code Orange “R” emblazoned on it, setting this model apart from the other F-150 models and the “regular” Raptor. 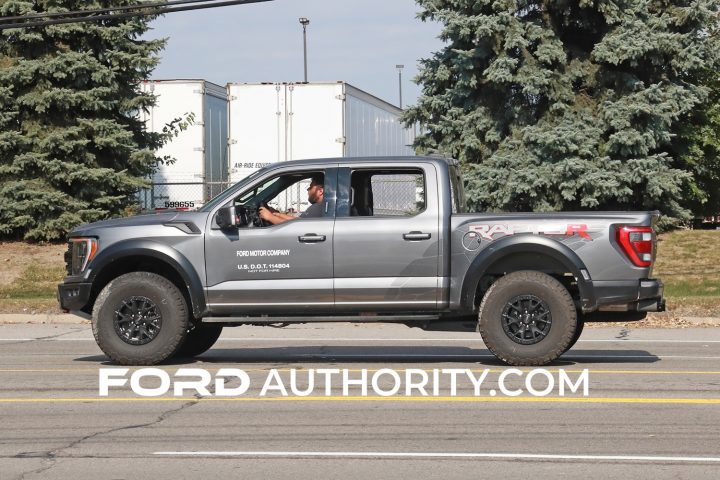 The side of the the Ford F-150 Raptor R sports a set of 17-inch forged aluminum bead-lock capable wheels, wrapped with 37×12.5R17 BSW all-terrain tires as standard equipment. Unique graphics cover the bedsides and part of the rear doors, which also feature a Code Orange “R.” 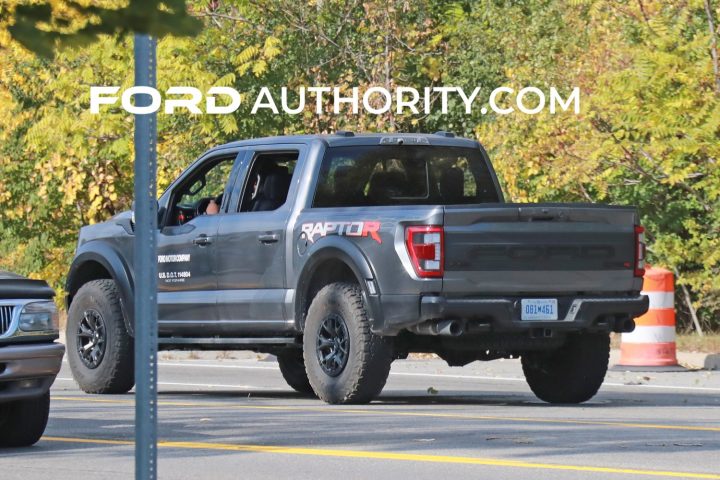 As Ford Authority exclusively reported in 2019, the 2023 Ford F-150 Raptor R represents the return of the eight-cylinder powerhouse to the Raptor family. The supercharged engine is capable of 700 horsepower and 640 pound-feet of torque, which is certainly nothing to look down upon. However, the F-150 Raptor R is a bit slower in its zero to 60 mph time than its rivals, such as the Ram TRX.