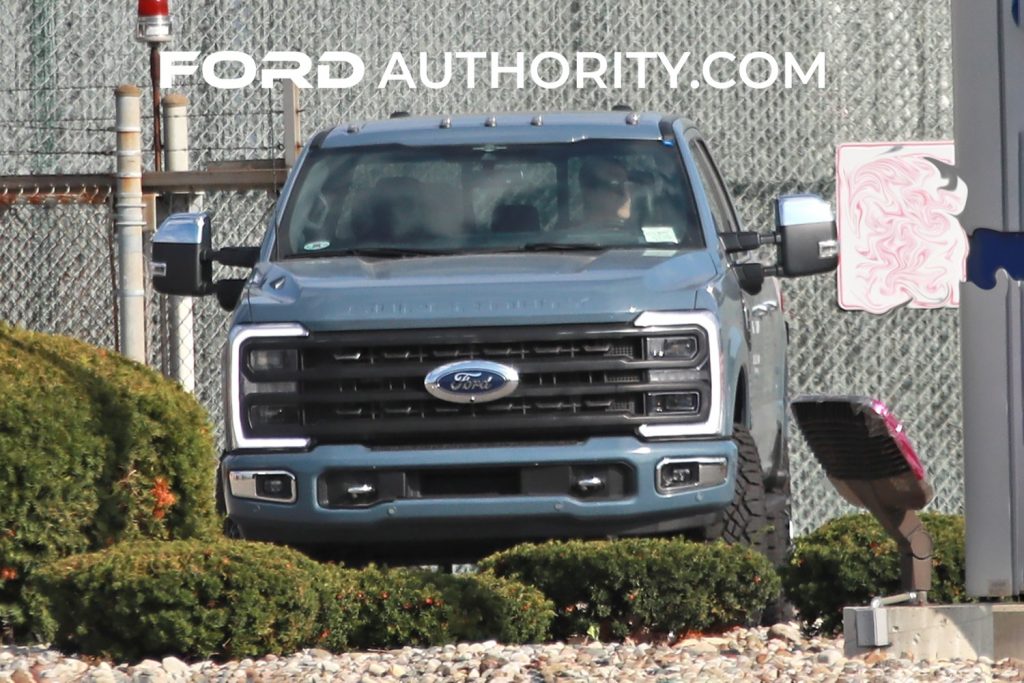 The all-new 2023 Ford Super Duty was revealed late last month touting fresh styling inside and out, a host of new tech features, a brand new powerplant, and various other tweaks that are designed to keep the popular pickup competitive in a heated segment. After spotting numerous 2023 Super Duty prototypes driving around prior to the model’s debut, Ford Authority spies have now spotted a 2023 Ford F-350 Platinum Tremor finished in the new hue dubbed Azure Gray out in the wild, giving us a good look at this particular configuration. 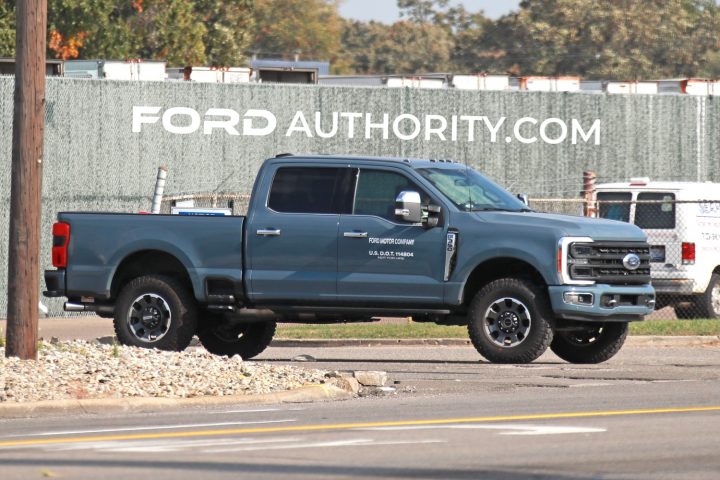 One of the most obvious changes present on this 2023 Ford F-350 Platinum Tremor – as well as the rest of the redesigned Super Duty lineup – is its front end design, which has changed quite a bit over the current-gen model. C-clamp headlights frame a new front grille design, mimicking a look that’s already quite common across The Blue Oval’s pickup lineup. 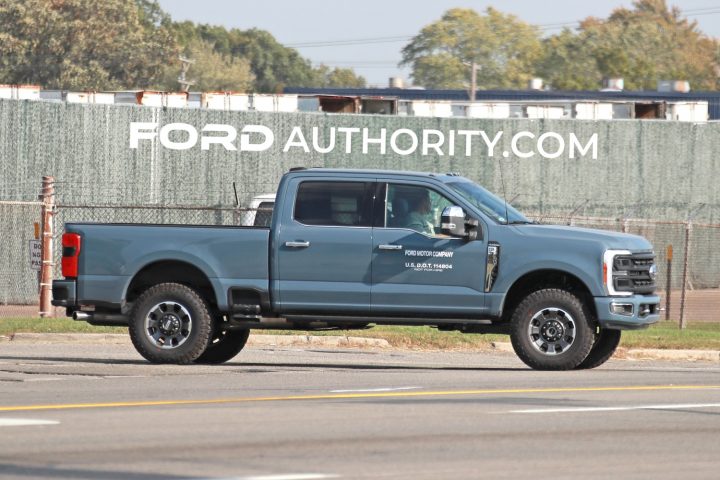 Moving down the side, we get a better look at the 2023 Super Duty’s new cab, which is completely different from the one present on the current model. Additionally, the Super Duty gets a brand new bedside step, which makes accessing items in the bed much easier. In addition to these updates, the Tremor gets some more specific features, such as a front-end lift, unique 18-inch wheels, and 35-inch Goodyear tires. 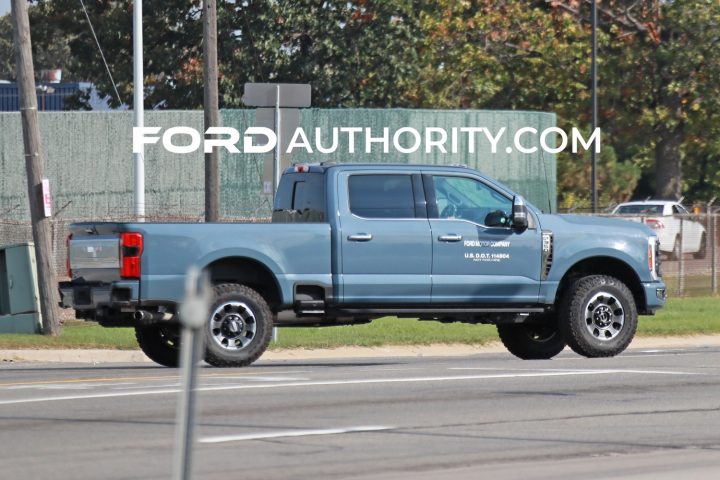 In the rear, we can clearly see the Super Duty’s new taillight design, as well as steps that are integrated into the rear bumper. Additionally, the truck features an enhanced, integrated tailgate step that provides a new take on an ages-old Blue Oval feature. Other Tremor-specific goods present that we can’t see include a uniquely-tuned suspension, a Dana front axle with a limited-slip differential and axle vent tubes, Trail Turn Assist, and selectable drive modes including Rock Crawl. A front e-locker also remains a possibility for the Tremor at some point in the future, as Ford Authority reported earlier this month. 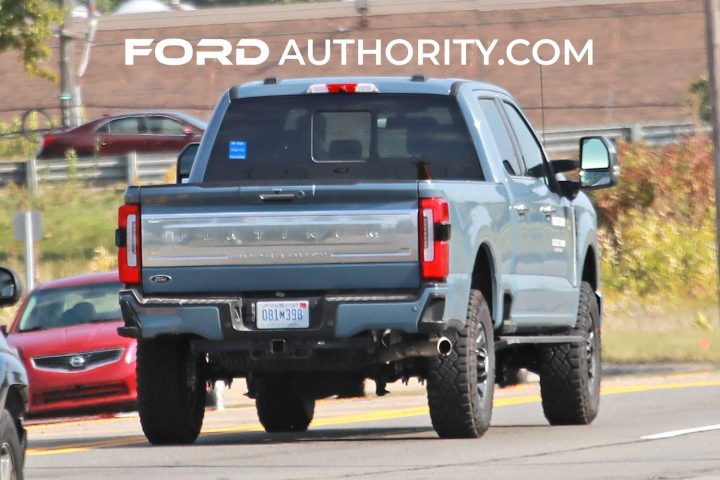 Blue Oval engineers beefed up the 2023 Super Duty’s frame to make it more capable in terms of towing, and the redesigned pickup utilizes Ford’s new Fully Networked Vehicle (FNV) electrical architecture, which protects the pickup against hackers and cyber attacks, but also promises to make things a bit tougher on third-party tuners.