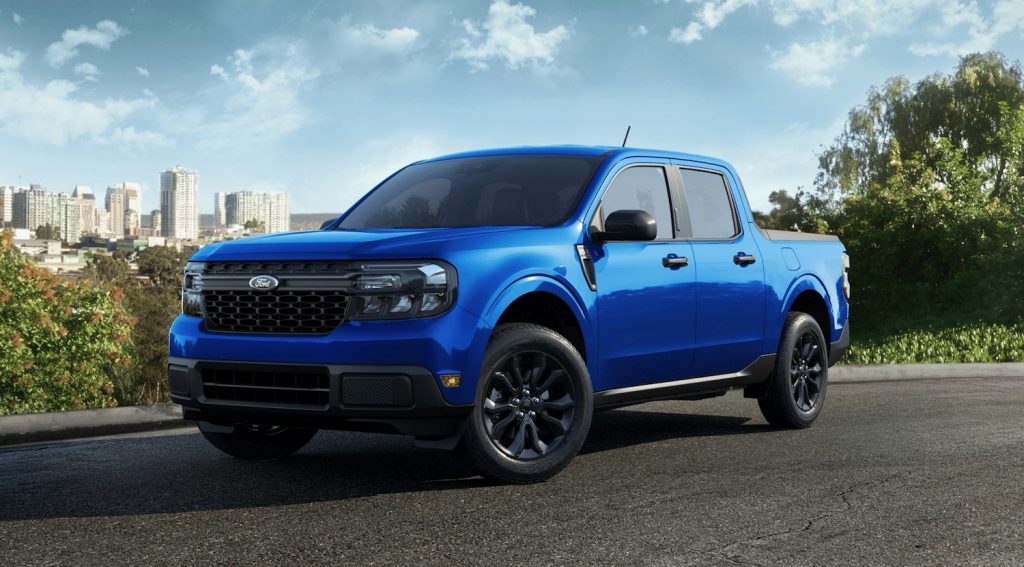 Among various other changes for its second year of production, the 2023 Ford Maverick is also gaining a new Black Appearance Package, as Ford Authority originally reported last month. However, there were no details on what this new package consists of, nor photos of what it looks like at that time. Now, the 2023 Ford Maverick Black Appearance Package has been revealed in its entirety, giving shoppers a detailed look at the brand new offering. 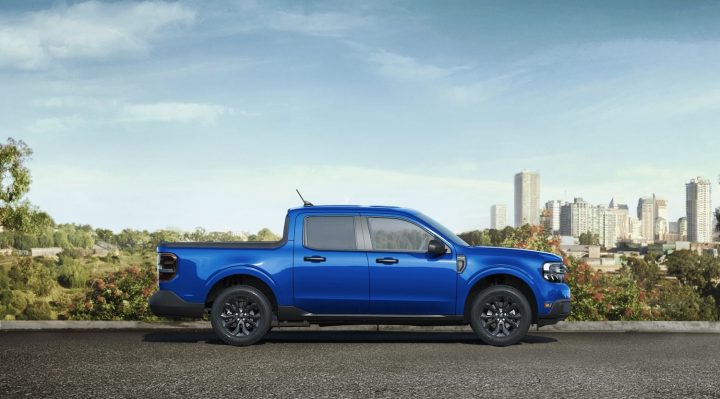 Available on XLT and Lariat trimmed 2023 Ford Maverick models, the new Black Appearance Package includes 18-inch unique machined-face Ebony aluminum wheels as well as a black front grille, door handles, mirrors, and Ford logos at the front and rear, tinted headlamps and taillamps, as well as black seats and other interior accents. The package retails for $1,645, but is not available in conjunction with the FX4 Off-Road Package, Tremor Off-Road Package, or Tremor Off-Road Appearance Package. 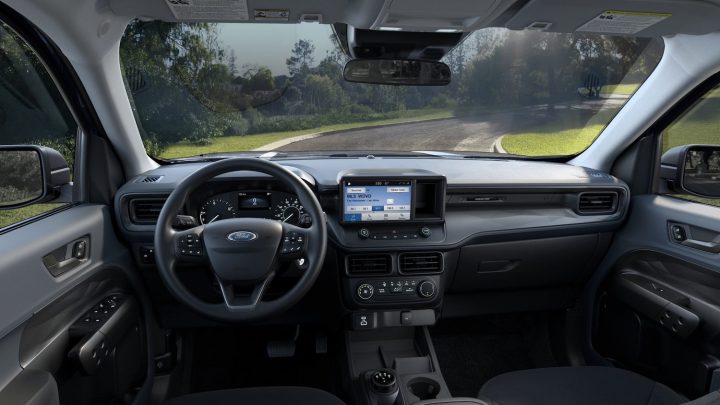 Aside from the introduction of the new Black Appearance Package, the 2023 Ford Maverick is also adding the aforementioned Tremor Off-Road Package for the new model year, which contains a host of upgrades designed to make the compact pickup more capable, including a unique all-wheel drive system that utilizes a twin-clutch rear-drive unit with a differential lock feature, specially-tuned springs and shocks, upgraded half shafts, a heavy-duty transmission cooler, steel skid plates, unique dark gray anodized 17-inch aluminum wheels, standard all-terrain tires, and various Tremor Orange accents accents inside and out. 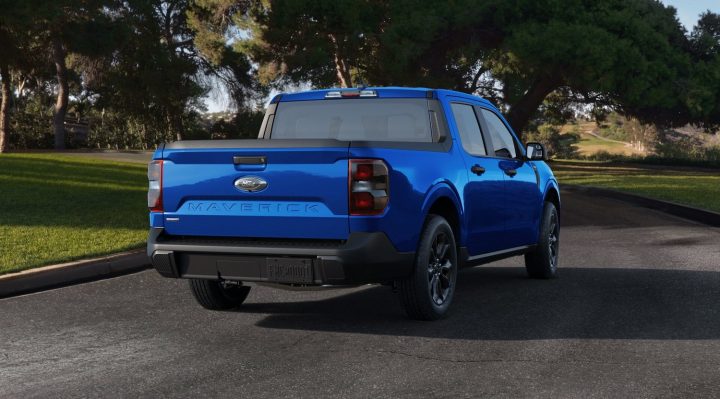 In addition to these new packages, XL-trimmed Mavericks have also gained standard cruise control for 2023, while models powered by the now no-cost Ford 2.0L I-4 EcoBoost engine also come standard with all-wheel drive, while the XLT Luxury Package has dropped several features that were formerly available. Pricing for the 2023 Ford Maverick has increased from the 2022 model year as well, and the popular pickup is facing a host of supply constraints that will affect production and deliveries. 2023 Maverick order banks were only open for a few days as Ford continues to work to fill its massive backlog of orders, while production was also pushed back and is currently scheduled to begin on November 14th, 2022.