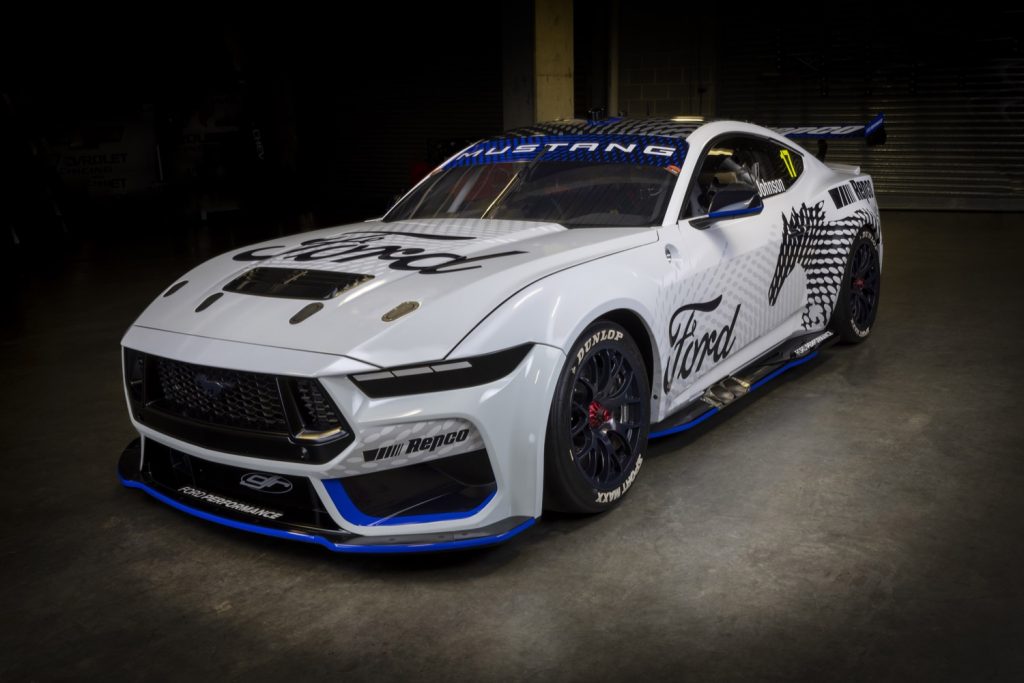 When the redesigned, seventh-generation 2024 Ford Mustang debuted several weeks ago, The Blue Oval simultaneously revealed that the new pony car would be the vanguard for a renewed push into motorsports, including Le Mans. It will be a while before the new model starts professionally racing in other series, but there is one series that will host the all-new Mustang in short time, becoming the first of its kind to feature any seventh-generation Mustang on the track. To that end, the 2023 Ford Mustang GT “Gen3” Supercar has now been officially revealed at Mount Panorama ahead of the Bathurst 1000, and it will compete in the 2023 Australian Supercars Championship. 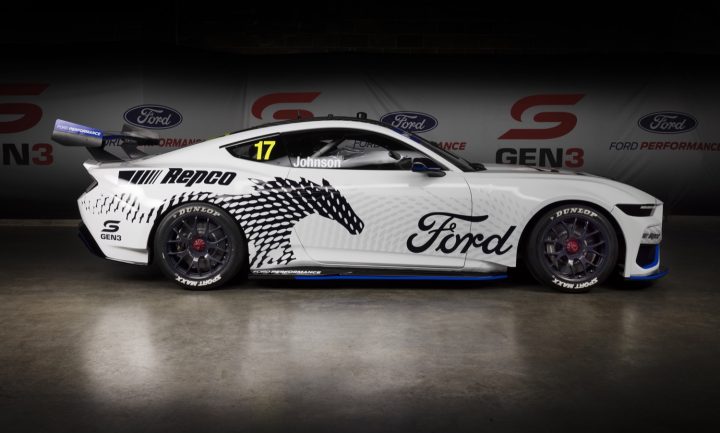 This is the first time a seventh-generation Mustang has debuted in racing form, since previous images were computer generated. As for the 2023 Ford Mustang GT Supercar, The Blue Oval’s homologation team, Dick Johnson Racing, constructed the vehicle, in collaboration with Ford Performance. The GT will start racing in next year’s Supercars series.  As a Gen3 product, it hews closely to its street-oriented counterpart, and utilizes a production-based Ford 5.0L V8 Coyote engine, although displacement has increased to 5.4L for this specific application. 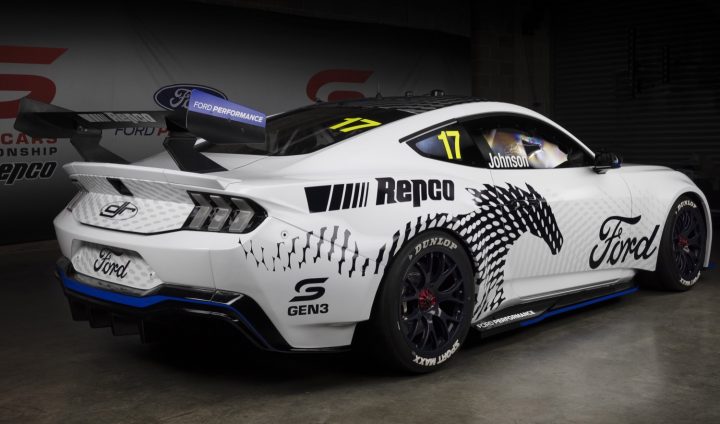 The 2023 Ford Mustang GT Supercar will be utilized by other Ford-supported teams too, including Tickford Racing, Grove Racing, Blanchard Racing Team, and Walkinshaw Andretti United, in addition to Dick Johnson Racing.

“Mustang has been an iconic brand on and off the track for 58 years and its legend will continue around the world,” said Mark Rushbrook, global director of Ford Performance Motorsports. “We always say Mustang was born to race, and that is more true today than ever. The Mustang GT Supercar is ready to race in 2023.” 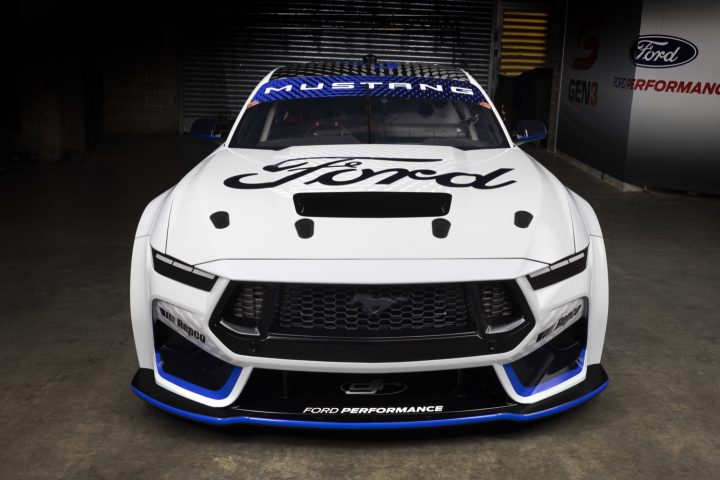 The 2023 Ford Mustang GT Supercar represents the first motorsports offensive for the seventh-generation pony car, which is slated to race in GT3, GT4, Nascar, and NHRA series in the future. As Ford Authority previously reported, the renewed push will not involve electrification at this point in time.