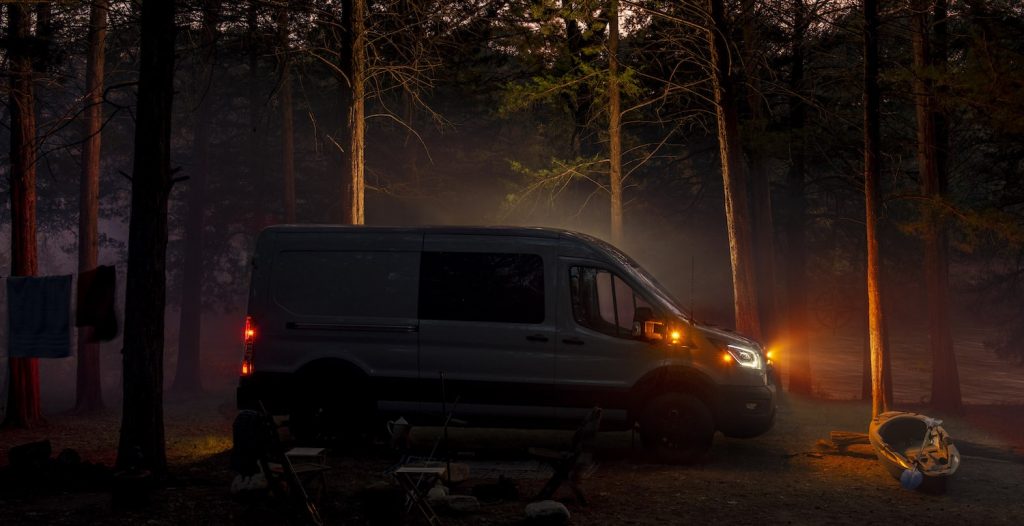 The new 2023 Ford #TransitTrail Van is just around the bend. Details coming this November. #VanLife pic.twitter.com/Byrsx88b1k

In a short video tweeted out by Ford Pro, we get a few shadowy glimpses of the 2023 Ford Transit Trail sitting out in the woods with its exterior lighting illuminated. As expected, it looks much like the regular Transit – albeit with some different features present – though it also sports a Blue Oval in the front grille rather than the European model’s Raptor-like “Ford” script grille, as Ford Authority previously reported. 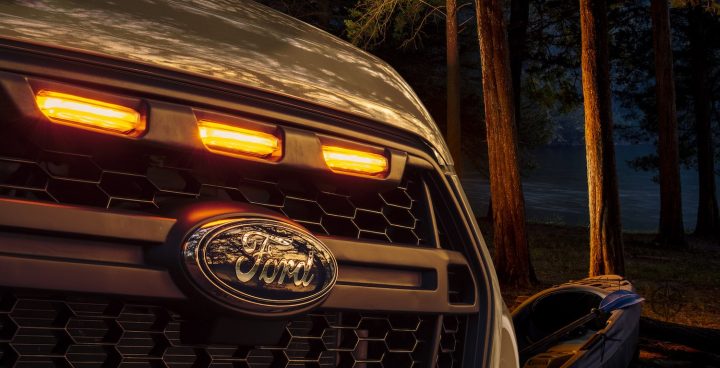 That Blue Oval badge is located beneath three amber lights – just like Ford’s Raptor products – as well as a more off-road-focused set of tires. Both Transit Trail models feature fog lights, hood vents, and additional black body cladding around the entire vehicle, though the North American version has more substantial cladding around the wheel wells, as well as amber marker lights near the side mirrors. Finally, in the rear, the American Transit Trail features a unique center high-mounted stop lamp with a special protrusion on the roof.

The Euro-spec Transit Trail comes equipped with a mechanical limited-slip differential (mLSD) on front-wheel-drive models or Intelligent All-Wheel Drive with AWD Lock Mode, Slippery, and Mud/Rut Selectable drive modes, leather seats, a Quickclear heated windshield, power-foldable door mirrors, and auto lighting, while power comes from the Ford 2.0L I-4 EcoBlue diesel engine with a choice of 130 PS (128 horsepower), 170 PS (167 horsepower), or 185 PS (182 horsepower) outputs, which are mated to either an automatic or manual transmission. 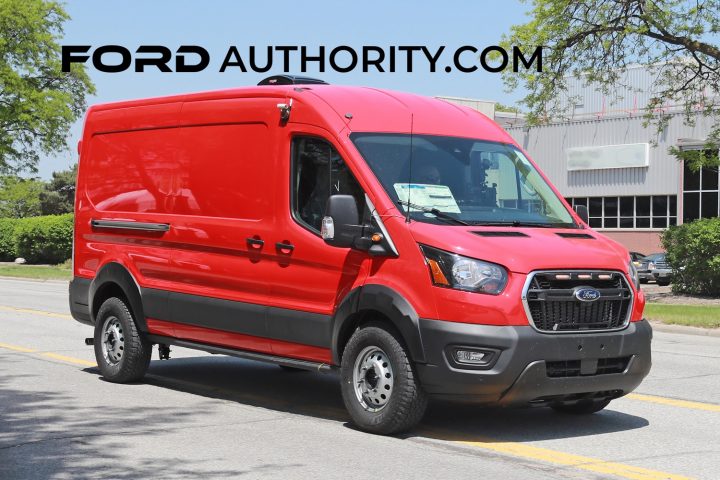 When it debuts next month, Ford also notes that the 2023 Transit Trail will feature “adventure-seeking capability alongside interior and exterior enhancements providing do-it-yourselfers and motorhome distributors a turnkey canvas direct from the factory.” The rugged version of the best-selling van will be built alongside every other U.S.-bound Transit variant at the Kansas City Assembly plant.