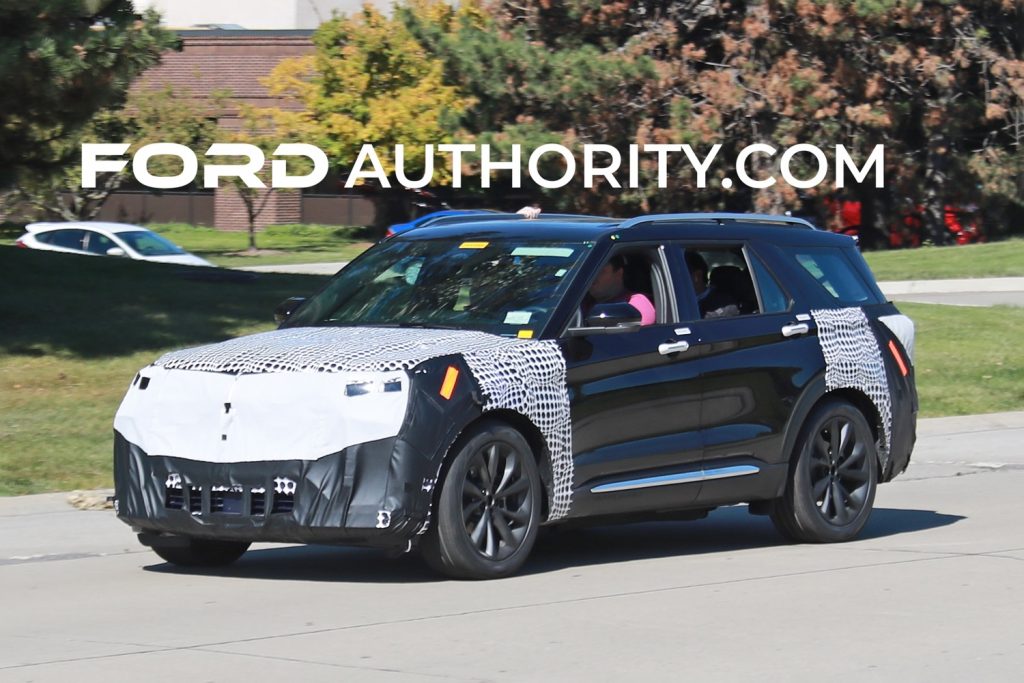 It’s been just over three years since the sixth generation Ford Explorer first arrived at U.S. dealers, which marked the first time that the three-row SUV boasted an optional hybrid powertrain, an ST variant, and a unibody rear-wheel drive architecture. As Ford Authority recently reported, the automaker decided to leave the its current iteration unchanged for the 2023 model year, which marks the fourth year of production for the long running nameplate. Very recently, The Blue Oval began testing the refreshed 2024 Ford Explorer, and confirmation of its progress on the vehicle has now been confirmed, as an ST in heavy camouflage was spotted on public roads for the first time. 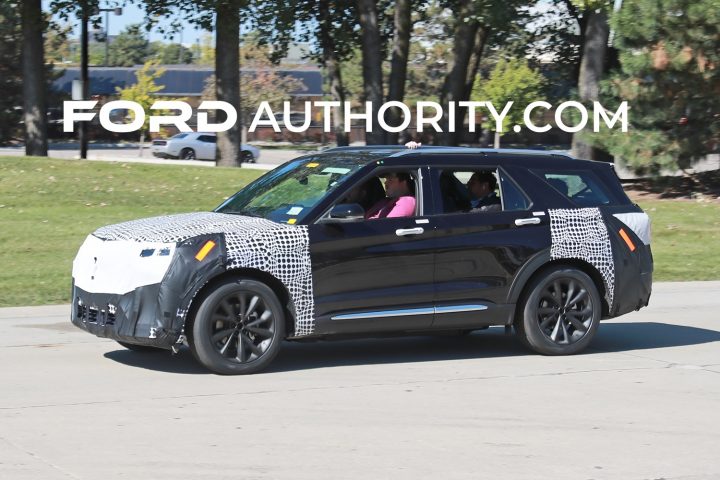 Unfortunately, this particular 2024 Ford Explorer prototype is heavily wrapped, which makes it hard to come to any definitive conclusion about its exterior. Since the front and rear ends are the only covered sections, it’s safe to say that those areas will receive cosmetic updates. Judging by the rough outline of the front fascia, it appears that the section that currently features the LED fog lamps is now vertically oriented, a change that may signal they’ve been relocated or eliminated entirely. Our sources stated that this example is an ST, but the current model does not feature chrome side roof rails or bodyside cladding, so that may be another change for the refreshed model. 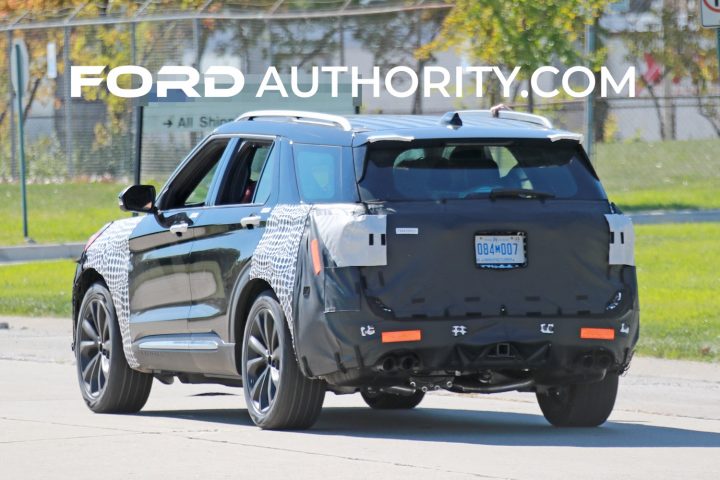 Like the front, the rear end of the 2024 Ford Explorer is heavily wrapped, so it’s not clear if the LED taillamps or tailgate will receive minor or significant updates. This area has the potential to boast some pretty big changes, if the North American Explorer team decides to retain the alterations made to the Chinese model, which has already debuted. As Ford Authority previously reported, the Chinese Explorer received cosmetic changes front end back, including new LED lightning for the tailgate and a full-width chrome bar connecting both taillights. Its interior also received a heavily revised dashboard with a new infotainment setup. 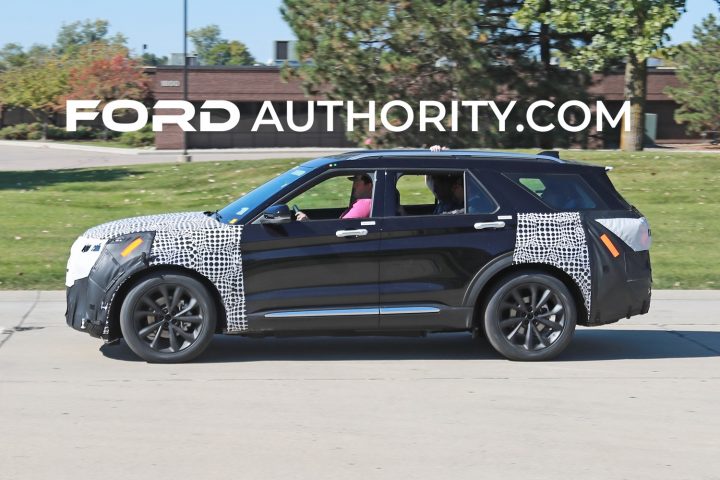 As for the North American 2024 Ford Explorer, it’s practically guaranteed to ditch Sync 3 for either Sync 4 or an Android-based infotainment system, and BlueCruise will likely be introduced as well. For the ST, the Ford 3.0L V6 EcoBoost will likely receive updates too, with total output potentially being brought up to match the 418 horsepower and 440 pound-feet of torque figure of the Ford Bronco Raptor, which uses the same engine and transmission as the Explorer ST.

We’ll have more on the 2024 Ford Explorer soon, so subscribe to Ford Authority for the latest Ford Explorer news and for comprehensive Ford news coverage.