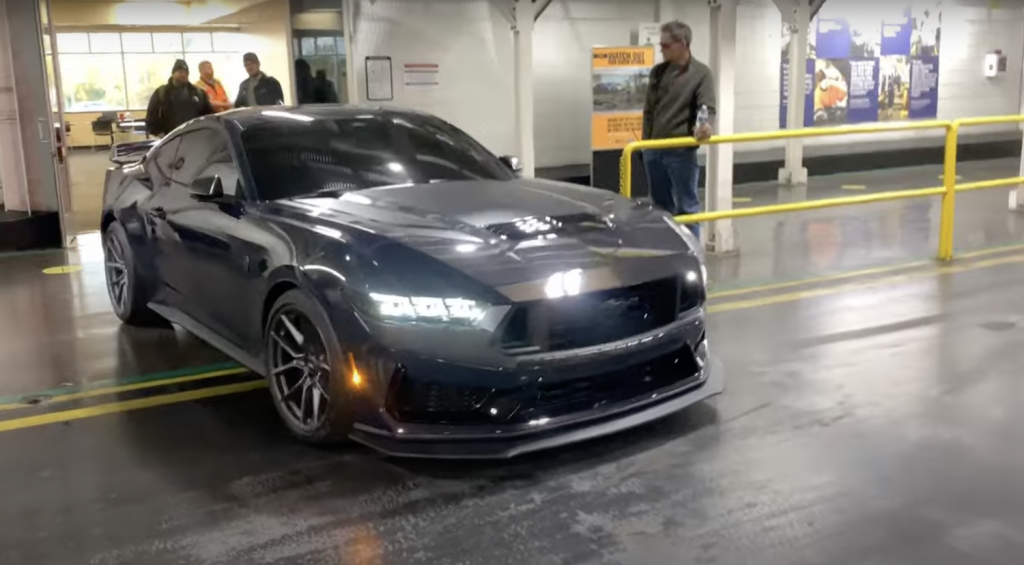 When the all-new, next-generation 2024 Ford Mustang was revealed last month, The Blue Oval had a bit of a surprise in store – a brand new, higher-performance variant dubbed the Dark Horse, which was unveiled alongside the S650-gen pony car. Sporting unique design details inside and out, as well as more performance, the 2024 Ford Mustang Dark Horse – a uniquely named and styled vehicle – is certainly an intriguing offering – particularly now that we’ve heard the special model’s exhaust note in this new video. 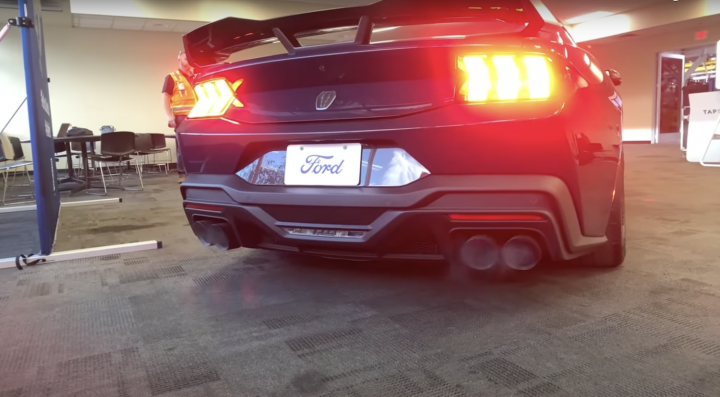 According to the video, this particular appearance took place at the Michigan Assembly plant, which builds the Ford Ranger and Ford Bronco – not the Mustang, which is built at the Flat Rock Assembly plant. It’s unclear why the 2024 Ford Mustang Dark Horse made its way there, but it could have been a part of some promotional event. Regardless, what matters here is how it sounds, and that’s pretty darn excellent. 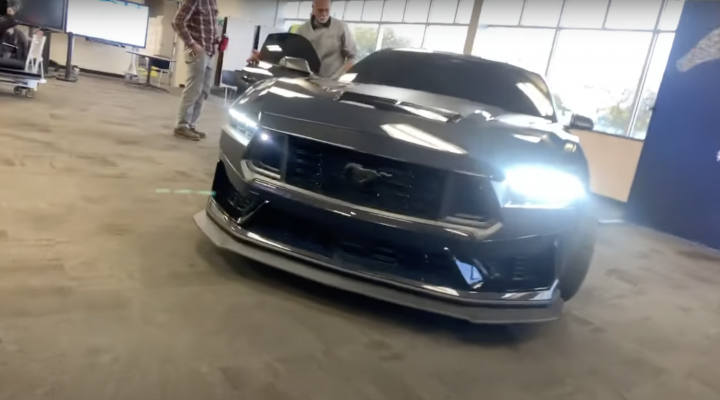 First, we get a look at the new Mustang’s sequential headlights, which have an integrated turn signal, though there are additional lighting elements in the “nostrils” of the grille as well. Unique badging makes it pretty easy to differentiate the Dark Horse from a regular S650, along with its large rear wing and unique exterior colors to boot, though the big story here is how it sounds.

Upon startup, it’s immediately evident that the Dark Horse has a much deeper sound than the S550-gen GT, and once the driver revs it a bit, its naturally-aspirated Ford 5.0L V8 Coyote powerplant truly comes to life with a sinister note. We don’t get to hear the powerplant at full pitch, but the driver does provide us with a few obligatory revs as they drive it onto the plant floor. It’s a fitting sound for the most track-capable street-legal 5.0L V8-powered Mustang ever produced, one that’s projected to produce around 500 horsepower.

We’ll have more on the Mustang Dark Horse soon, so be sure and subscribe to Ford Authority for more Ford Mustang news and non-stop Ford news coverage.