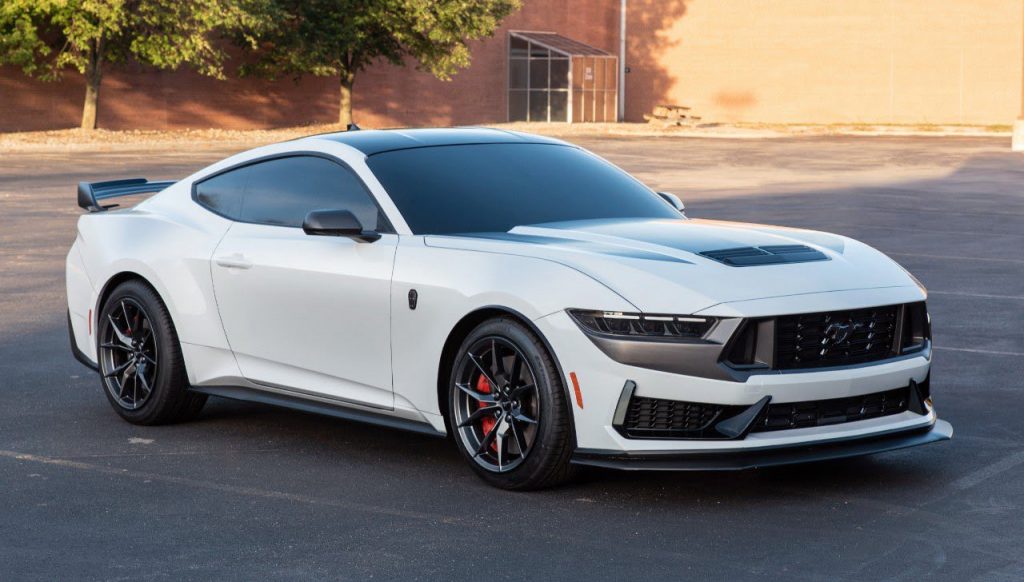 The redesigned seventh-generation 2024 Ford Mustang was recently revealed, ushering in a new chapter in the pony car’s history. The forthcoming model introduces a host of changes over the outgoing sixth-generation Mustang, and its lineup includes the Mustang Dark Horse, a performance-oriented variant that’s ready to tackle the track. So far, photos have only depicted the muscle car in blue, but an image recently surfaced on social media of the Mustang Dark Horse with a stunning white paint job. 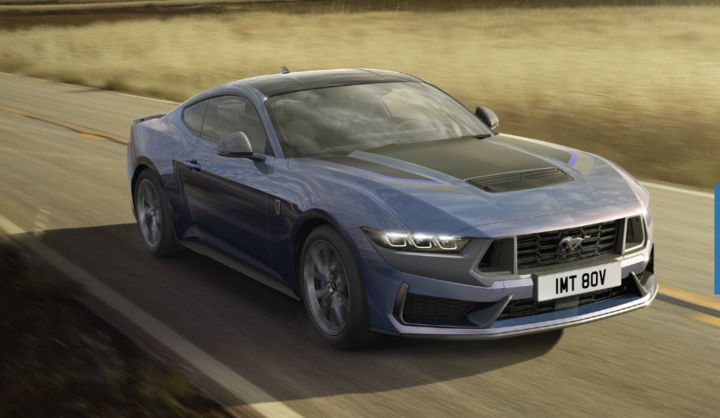 Contrary to what its name might suggest, the 2024 Ford Mustang Dark Horse will not be exclusively offered with shadowy paint colors. In fact, the name is a reference to an old idiom that describes a contender about which little is known, but goes out and wins anyway. With that in mind, the Mustang Dark Horse will be offered in a range of colors, including the aforementioned Blue Ember metallic and stark white, as evidenced by this image posted to Twitter by Ford spokesperson Mike Levine.

The white exterior coat really emphasizes the substantial cosmetic changes present on the 2024 Ford Mustang, especially around its front fascia. The bright color contrasts with the plastic grille molding, which give it a fierce, race car-like outlook. Now, it seems that this image is not an actual photo, but instead a digital rendering that will likely be part of the Build and Price tool when it goes online. However, it’s certainly interesting to get a look at the Mustang Dark Horse in a color other than dark, shadowy blue.

Want to stay up to date on all things Ford? Be sure to subscribe to Ford Authority for more Ford Mustang news and non-stop Ford news coverage.