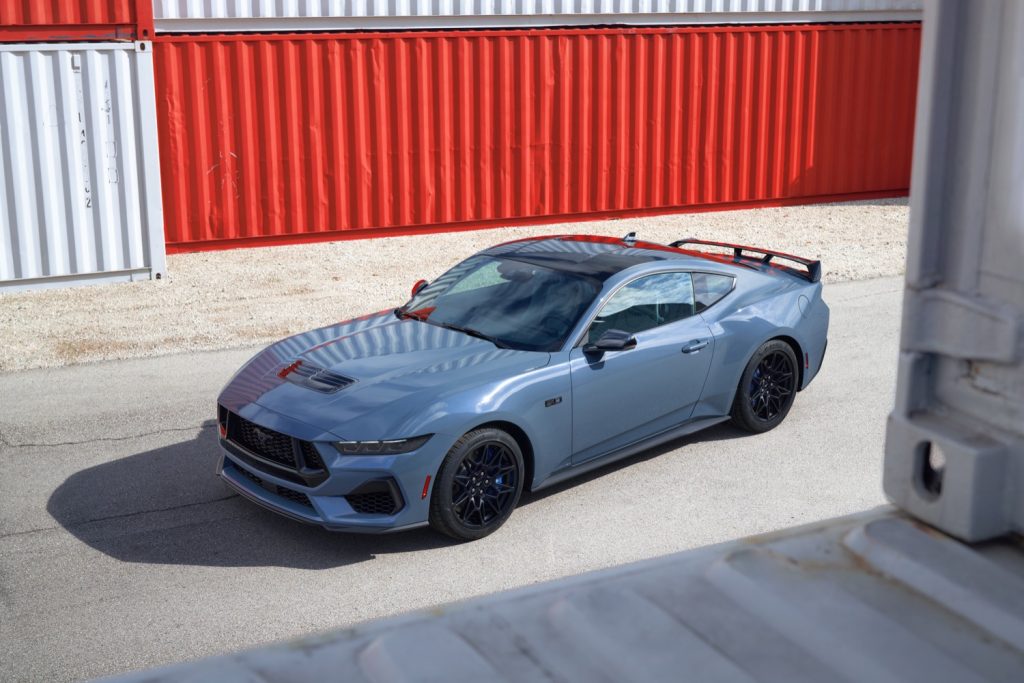 The S650 2024 Ford Mustang made its debut last month, revamping the iconic pony car from the ground up to usher in its all-new seventh generation. It’s packed with plenty of new, cutting edge technologies, such as a digital cockpit with Sync 4 capabilities. Perhaps one of the most interesting new features is that of the Electronic Drift Brake, which will be made available on certain Mustang models and helps owners throw their pony car into a drift, making it easier than ever to show off what the new Mustang can do. 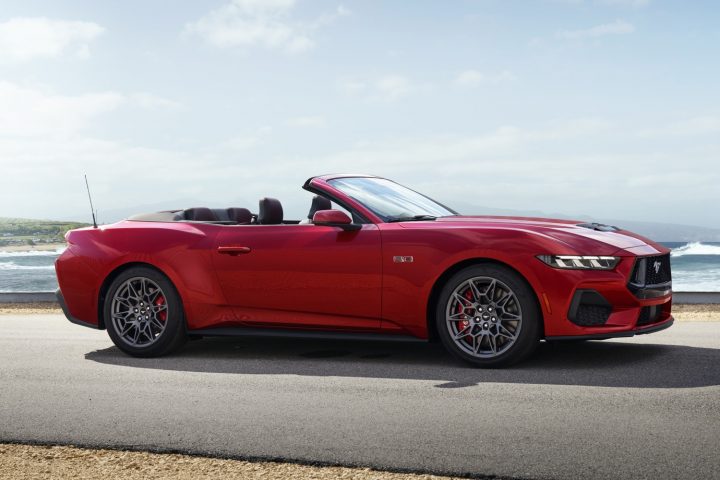 The feature, officially known as the Performance Electronic Parking Brake, allows the 2024 Ford Mustang to show off its rear-wheel drift capabilities while maintaining the “visual appeal and functionality of a traditional, mechanical handbrake,” according to a press release. The Electronic Drift Brake is bundled with the optional Performance Pack available for all seventh-gen Ford Mustang models. It’s designed to help drivers without much performance driving experience improve their drifting skills, and also allows expert drivers with a system ready for competition.

As a reminder, the Performance Pack for the Mustang GT and EcoBoost models adds a myriad of racetrack and performance-ready features, including a front Tower Brace, a Torsen Limited Slip Differential with optional MagneRide active suspension, wider rear wheels and tires for ultimate traction on takeoff, along with larger front and rear Brembo brakes. Optional extras include Recaro seats and an active exhaust. The GT Performance Pack, meanwhile, grants the Mustang a set of brake ducts and a standard auxiliary engine oil cooler. 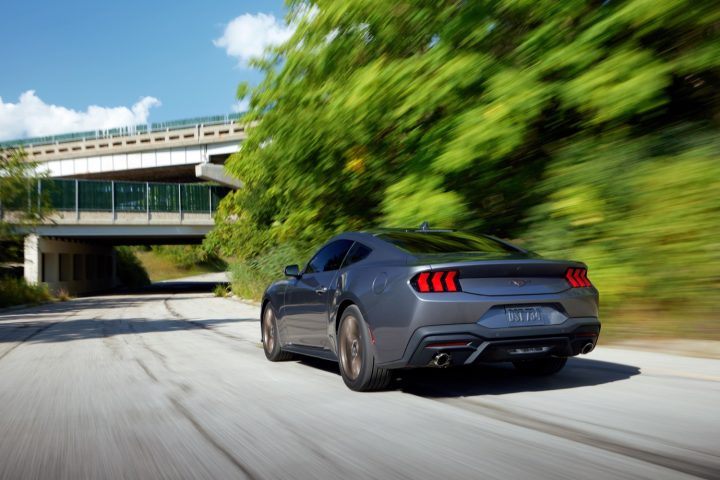 It should be noted that while the 2024 Ford Mustang does share some mechanical underpinnings with the outgoing sixth-generation pony car, the forthcoming model year represents a major overhaul and not just a simple refresh of the Mustang’s styling.

Additionally, the 2024 Mustang powertrain lineup features two new engines. They are the turbocharged Ford 2.3L EcoBoost I4 engine and the Ford 5.0L Coyote V8 engine. The former will be available in the base 2024 Mustang EcoBoost; the latter is harnessed by the GT and high-performance 2024 Ford Mustang Dark Horse.