The S650 2024 Ford Mustang made its debut last month, ushering in the pony car’s seventh generation with major upgrades in looks, performance and technology. However, it has garnered some criticism because it shares some mechanical underpinnings found in the current sixth-generation model. This had led some to believe that it’s a simple refresh and not an overhaul worthy of an all-new generation, but Ford Authority is here to set the record straight on the matter. 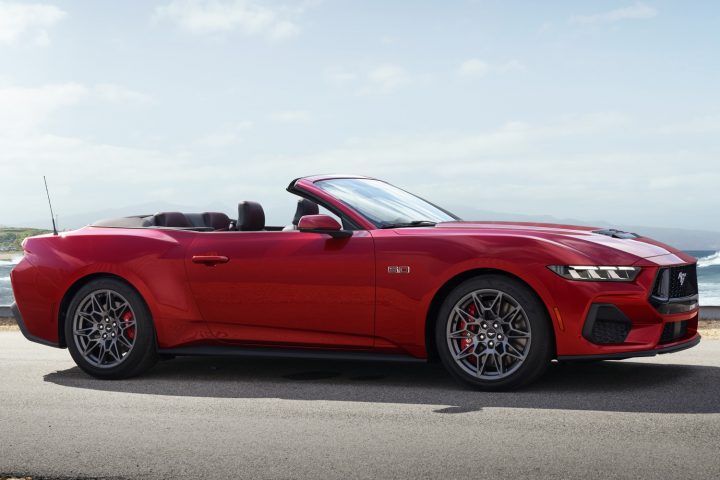 In fact, there’s quite a bit that sets the 2024 Ford Mustang apart from its predecessors. For starters, it differs greatly in terms of mechanical components. The chassis is notably stiffer, and it’s been outfitted with all-new suspension and steering systems to improve its handling at speed.

It’s also impossible to ignore the fact that this seventh-generation Mustang looks very different from the sixth-generation versions. Its sheet metal has been sculpted completely from scratch from the nose to the rear deck, giving it a more aggressive, boxier appearance than its predecessor, to say nothing of the interior, which is completely new. Additionally, the 2024 Mustang powertrain lineup features two new engines. They are the turbocharged Ford 2.3L EcoBoost I4 engine and the Ford 5.0L Coyote V8 engine. The former will be available in the base 2024 Mustang EcoBoost; the latter is harnessed by the high-performance 2024 Ford Mustang Dark Horse.

The Dark Horse represents a new chapter in The Blue Oval’s rich racing story and will soon become the choice race car wherever the Mustang competes, such as in the Australian V8 Supercars division and Nascar. This racer will also take to the 24 Hours of Le Mans, marking Ford’s return to the event since the 2019 running. 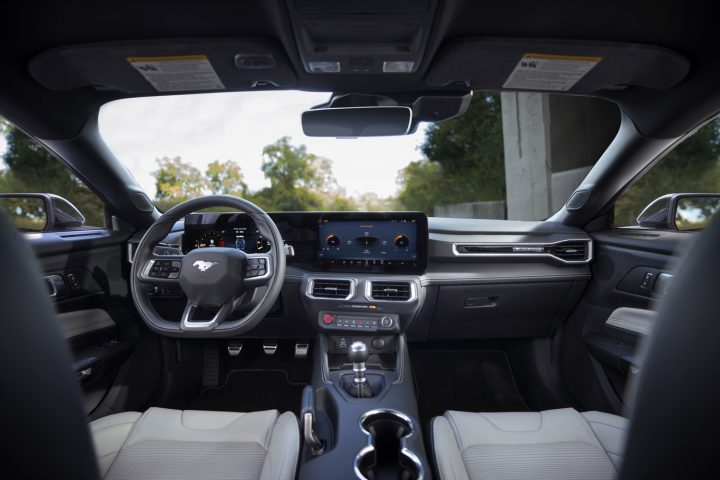 In short, the 2024 Ford Mustang is not simply a refreshed look for the iconic pony car – it represents a complete shift in the trajectory of its style and performance.