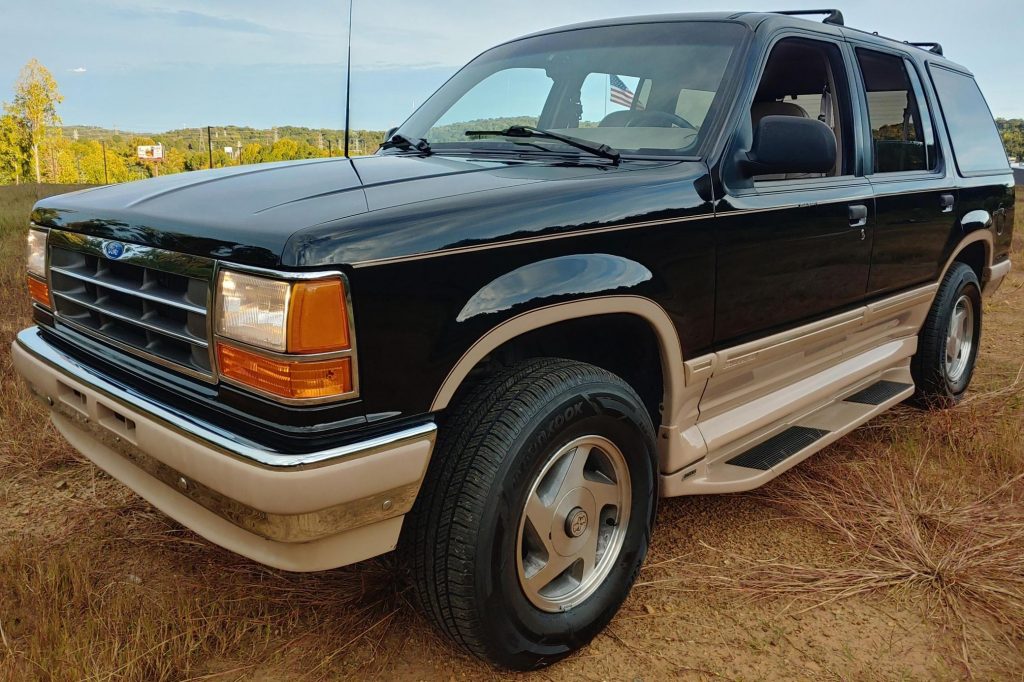 Stumbling across a first- or second-generation Ford Explorer up for sale or auction is always a big deal, considering the SUVs’ age in this year of 2022. Many of these vehicles were driven hard by families, but some have survived in a well-cared-for state, and this 1994 Ford Explorer Eddie Bauer edition up for grabs on Cars & Bids certainly fits the bill. 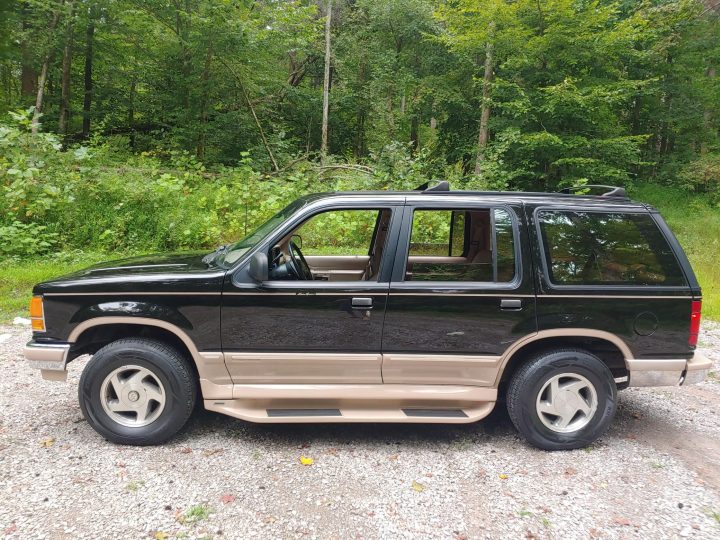 This particular 1994 Ford Explorer Eddie Bauer is finished in Raven Black with an immaculate Mocha interior colorway. While there is a gap in its history from 1994 through 2012, it was never involved in any accidents and shows 77,300 miles on the odometer. This first-generation Ford Explorer sports 15-inch aluminum wheels, skid plates for underbody protection, and leather upholstery. It also has a leather-wrapped steering wheel, air conditioning that was recently recharged, cruise control and an auto-dimming mirror.

Power in this 1994 Ford Explorer is sourced from Ford’s 4.0L Cologne V6, which is rated at 160 horsepower and 220 pound-feet of torque. A four-speed automatic transmission directs output through either the rear two or all four wheels. 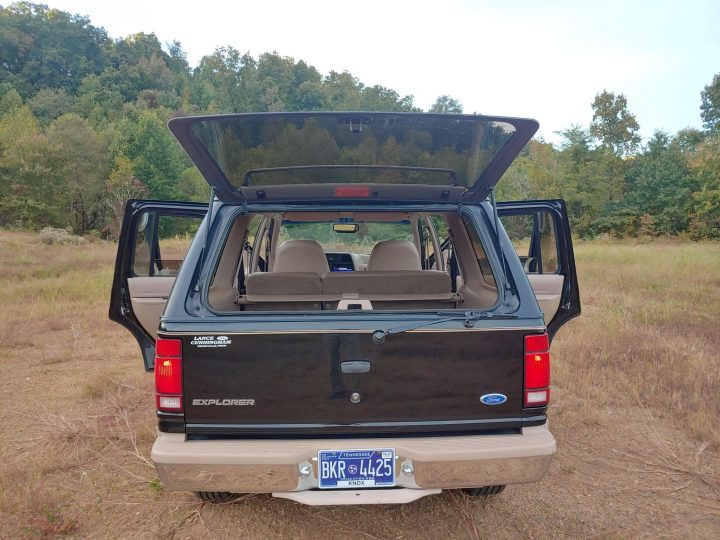 There have only been a handful of modifications to this Explorer, including the installation of Owens running boards, a JVC head unit, Blaupunkt door speakers and a Goldwood subwoofer. While its exterior is mostly spotless, keep in mind that this vehicle is almost 20 years old and has some imperfections. Reported damage includes scratches and chips to the paint, a dent beneath the passenger taillight, peeling decals, sun-faded wiper arms and roof rack and a torn headliner in the cargo area. 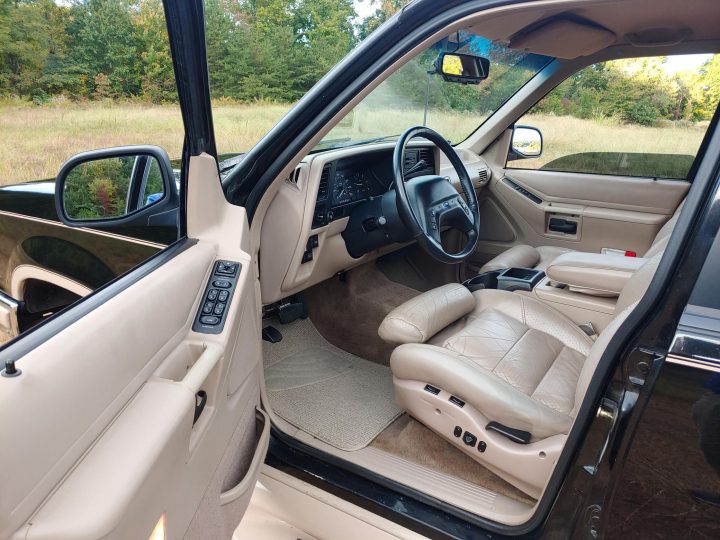 This 1994 Ford Explorer even still has its original window sticker included, which declares that the MSRP was $28,811 when it was new. Adjusted for inflation, that’s roughly $57,580 by today’s standards. As of this writing, the high bid sits at $2,400, and the auction will conclude on October 17th.