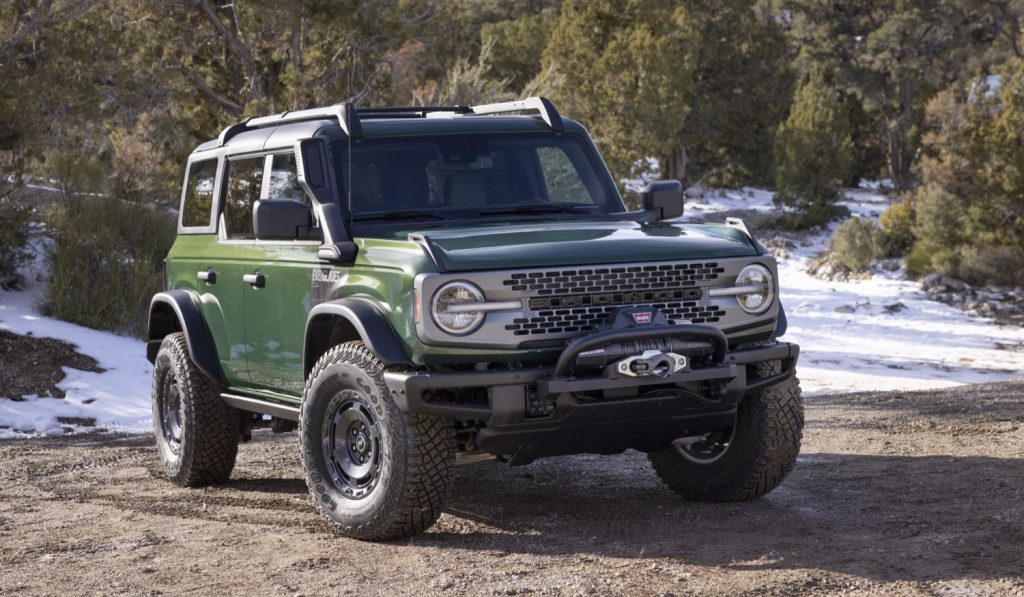 Modern vehicles from The Blue Oval boast Power-Up capability, making them able to receive over-the-air software updates that can range from minor to significant. As Ford Authority previously reported, BlueCruise hands-free driving has been steadily rolled out to vehicles with the hardware necessary to support the feature, and a 1.2 update is on the way that will introduce hands-free lane changing. But other quality of life updates have been introduced too, with the latest software change enabling full screen Apple CarPlay functionality on select Ford Bronco and Ford F-150 vehicles.

Ford spokesperson Mike Levine recently posted a picture of full screen Apple CarPlay running on a Ford Bronco while also announcing that the update is currently rolling out to vehicles. It appears CarPlay is running full screen in terms of width, with the top and bottoms portions of the screen being reserved for some ancillary Sync 4 readouts and buttons. Additionally, he received replies that the software update is also being introduced to the Ford F-150 lineup. This latest update impacts Ford Bronco and F-150 models with the 12-inch Sync 4 infotainment system, which means the Ford F-150 Lightning will likely receive the update too, as the Pro and XLT feature the same screen.

This isn’t the first time Sync 4 has been updated to better interface with Apple devices. As Ford Authority previously reported, the Ford Mustang Mach-E received improved Apple Maps integration and now features EV routing through CarPlay as well. Ford EVs are also expected to add video streaming capability in a future update. Aside from infotainment updates, The Blue Oval is also able to add functional improvements too, as some early Mach-E owners have gained the ability to open the frunk via FordPass.