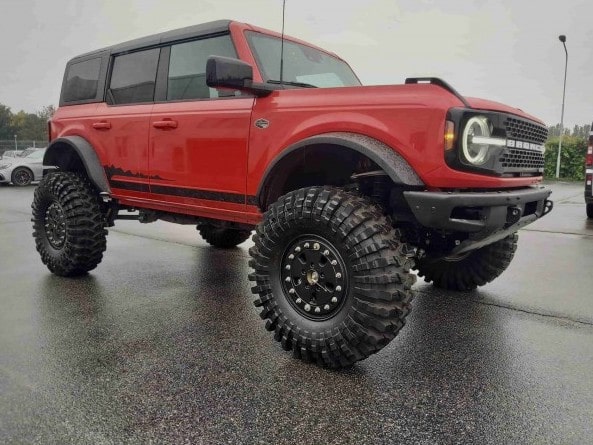 Entering its third year of production, the Ford Bronco remains as popular as ever, which prompted The Blue Oval to only open order banks for carryover order holders – not new retail customers. As FoMoCo works to fill its giant backlog of orders, Ford Bronco owners are enjoying a rapidly expanding catalog full of parts and accessories for the rugged SUV, with some more recent additions including a Steeda hood strut kit, bi-LED projector headlights, a pair of performance calibrations, and G.O.A.T. badges, just to name a few. Now, those looking to give their Bronco a serious upgrade in terms of off-road capability can find it in the form of new portal axles from a company called Werewolf Tech. 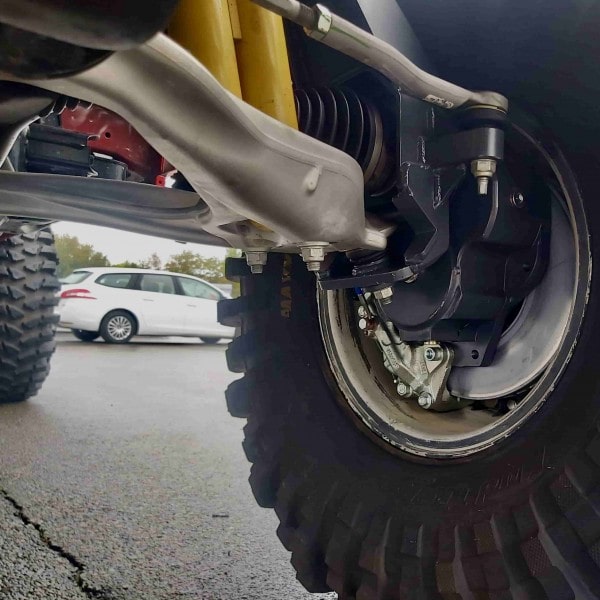 Portal axles are essentially a gear set that’s attached to the axle, which in turn enables a vehicle’s axle to be lifted above the wheel’s center line, increasing ground clearance in the process. In that regard, the Ford Bronco portal axle kit increases ground clearance by 130 millimeters or just over five inches while also reducing the gear ratio by 35 percent, which improves torque.

The portal axle kit is a straight bolt-on affair that works with the factory axles and braking system, and obviously helps make room for larger tires, which is undoubtedly an attractive benefit for those looking to build a seriously hardcore Bronco. They also come with a two-year, 15,000 kilometer (9,321 mile) warranty, and allow for the installation of a central tire inflation system for quick tire pressure changes out on the trails. 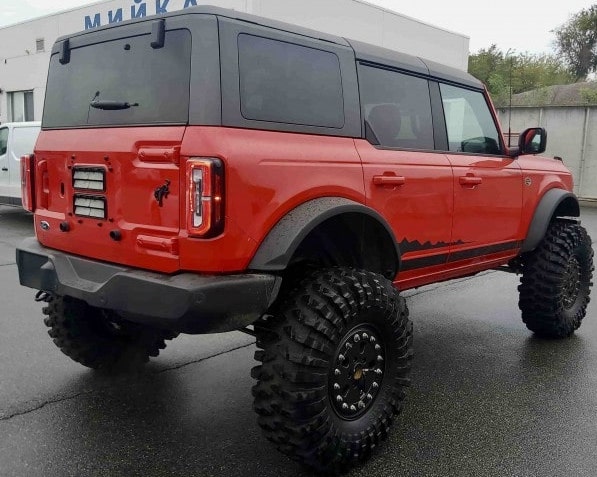 There is just one downside to this Ford Bronco portal axle kit, as one might imagine – it’s pricey, with an MSRP of $16,000. However, for those looking to turn over every rock in their quest to build a Bronco that can go anywhere, it’s yet another nifty tool to help them get there.

We’ll have more cool parts and accessories to share soon, so be sure and subscribe to Ford Authority for more Ford Bronco news and ongoing Ford news coverage.