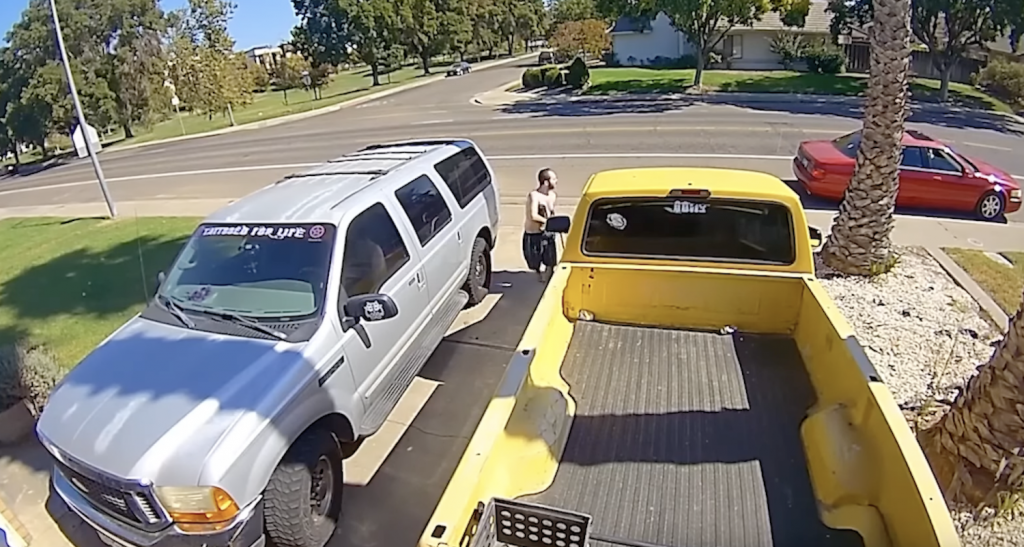 Catalytic converter theft has exploded in recent years, mostly due to the fact that enterprising thieves have realized that those pieces of emissions equipment are full of proverbial gold, or rather, rare earth chemicals that were already expensive to begin with, and have only become more so following recent supply chain disruptions. It also takes mere minutes to remove a catalytic converter with a saw, all of which is why we’ve seen thefts of this particular item rise from 1,298 in 2018 to 14,433 in 2020, according to the National Insurance Crime Bureau (NICB). However, a Ford Excursion owner and their family in Turlock, California fought back against that particular crime recently in a rather unconventional way, as we can see in this video from ABC 10 News. 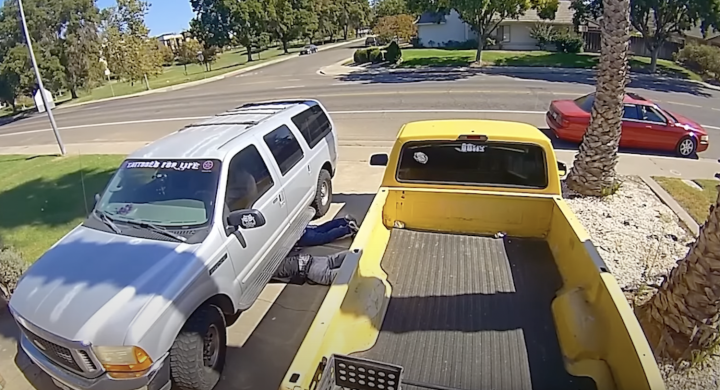 The family that owns this Ford Excursion have watched thieves try to steal its catalytic converter a grand total of seven times, which understandably had them just a bit frustrated. At least three of those times, the prospective thieves caused damage to the SUV, and this time around, a pair of men nearly got away with it – if the family hadn’t sprung into action, paintball guns blazing.

The brazen thieves crawled under the Excursion at 12:30 in the afternoon in broad daylight and began trying to remove the coveted part, but the SUV’s alarm went off, which momentarily paused their actions. However, after just a minute or so, the family realized what was happening and came out wielding paintball guns. The owners managed to land a few shots on both before they sped away in a red car that was parked nearby. However, in spite of this successful theft prevention technique, police were quick to advise others not to follow suit.

“Despite having the right to defend your own property, these types of actions could be very unsafe,” said Turlock Police spokesperson Sgt. Mike Parmley. “Upon confronting individuals committing crimes, their actions are often unpredictable and could lead to intervening citizens becoming victims of an assault or more serious crime.”

We’ll have more videos like this to share soon, so be sure and subscribe to Ford Authority for more Ford Excursion news and ongoing Ford news coverage.