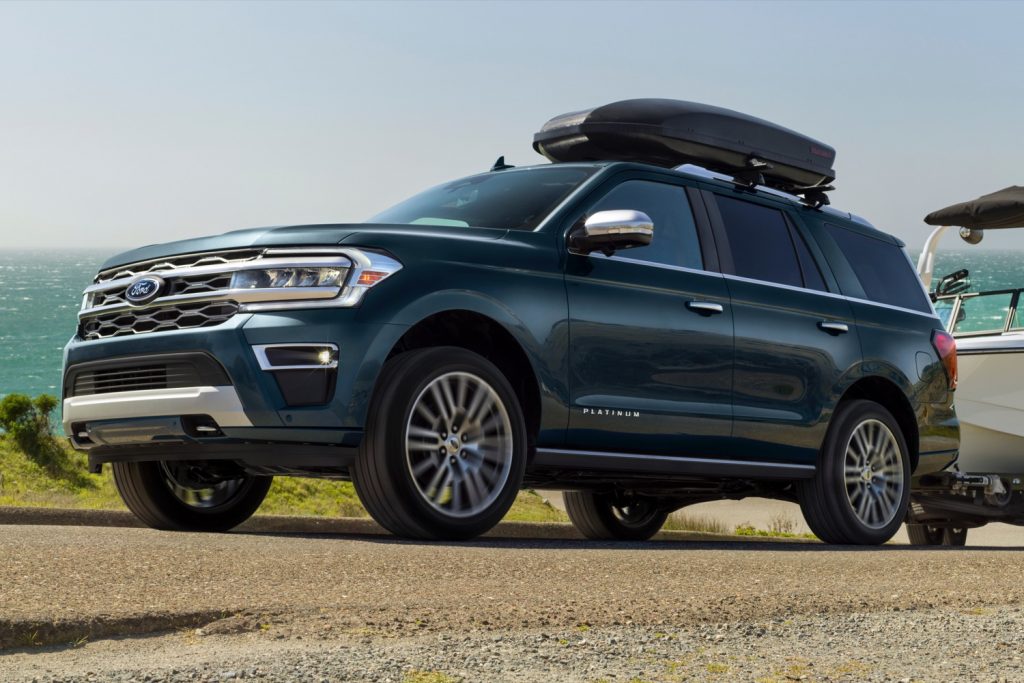 The refreshed 2022 Ford Expedition debuted just over one year ago, introducing a host of updates to the full-size SUV including some slight styling changes, technology features, and a pair of new, special models. However, things move fast in the automotive world, and a more comprehensive Ford Expedition redesign is set to arrive in 2024 with several improvements over the current-gen model, sources familiar with the matter have told Ford Authority. The forthcoming Ford Expedition redesign will mirror what FoMoCo did for the current-gen Ford F-150, which received improvements for its chassis, along with a new exterior and interior design as well. At this point, the next-gen Expedition will also likely add a hybrid variant to the lineup – as was also the case with the 2021 F-150 – after Ford opted to forego adding an electrified powertrain to the refreshed SUV last year.

The Expedition certainly has its work cut out for it in the hyper-competitive mainstream full-size SUV segment, in which it competes against the all-new for 2021 Chevy Tahoe and Suburban, as well as the GMC Yukon and Yukon XL. The Expedition currently ranks behind its GM counterparts in terms of sales, with the Tahoe commanding a 30 percent market share compared to the Ford’s 17 percent slice of the proverbial pie. The Expedition is currently outselling the new Jeep Wagoneer, however, as well as the Nissan Armada and Toyota Sequoia, though a brand new version of the latter SUV is arriving for 2023. In the meantime, the 2022 Expedition ushered in a host of changes for the large SUV, including including new standard LED headlights, taillights, and wheel choices, a twin-spar mesh grille and fog lamps with chrome surrounds for the Platinum trim, a standard 12-inch infotainment screen running SYNC 4 or an optional 15.5-inch display, and the brand new, off-road-focused Timberline and Stealth Edition Performance Package.

We’ll have more on the Expedition soon, so be sure and subscribe to Ford Authority for more Ford Expedition news and around-the-clock Ford news coverage.