Ford F-Series sales decreased in the United States while increasing in Mexico during the third quarter of 2022.

In the first nine months of the year, F-Series sales decreased about 5 percent to 84,303 units.

In the first nine months of the year, F-Series sales increased about 29 percent to 8,094 units.

Ford F-Series sales (see running F-Series sales) remained at the top of the sales charts despite the three percent drop during the third quarter of 2022.

The Ram Pickup placed second with a three percent decrease to 118,106 units, followed by the Chevrolet Silverado in third (see running Silverado sales), with a five percent drop to 117,198 deliveries. It was followed in fourth by the GMC Sierra (see running Sierra sales), which also saw sales drop five percent to 50,169 deliveries. The Toyota Tundra placed fifth with a 43 percent increase to 30,203 units, while the Nissan Titan took sixth (and last) place, sliding 75 percent to 1,275 units. Nissan has no plans to redesign the Titan, indicating that the pickup will be discontinued after the current generation.

The full-size pickup truck segment decreased an average of two percent to 484,913 units during Q3 2022, meaning that the F-Series were in line with the segment average. 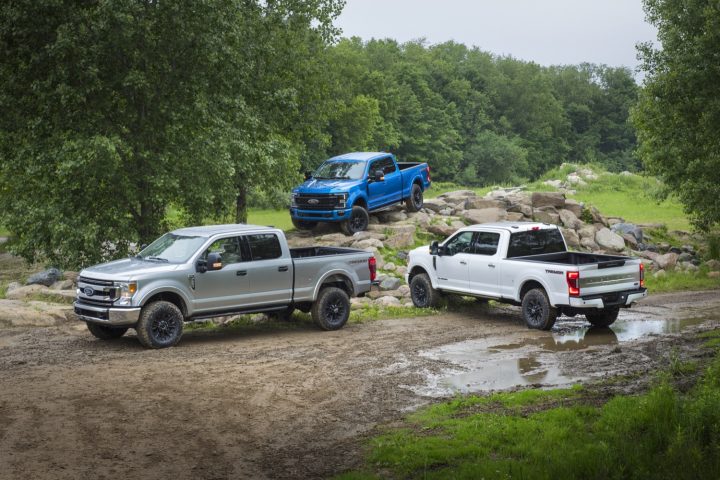 It’s worth noting that adding up Q3 2022 sales of GM’s two trucks – the Silverado and Sierra – results in 167,367 combined deliveries, which is just 500 units lower than the F-Series, for a combined 34 percent segment share.

Ford F-Series sales, which includes the Ford F-150 and Ford Super Duty, have declined over the past few quarters as a result of negative repercussions of the COVID-19 pandemic, and by extension, the ongoing microchip shortage. As such, it’s unsurprising to see this trend continue during the third quarter, albeit at a lesser pace than in the prior two quarters.

Both the COVID-19 pandemic and the newfound shortages had a sizable negative impact on automobile production during the last two years, causing substantial production cuts, causing near record-low inventory, record-low incentives, and record-high new vehicle prices. In fact, FoMoCo has been forced to idle a number of its plants and vehicle lines as it grappled with a shortage of chips and other supplies.