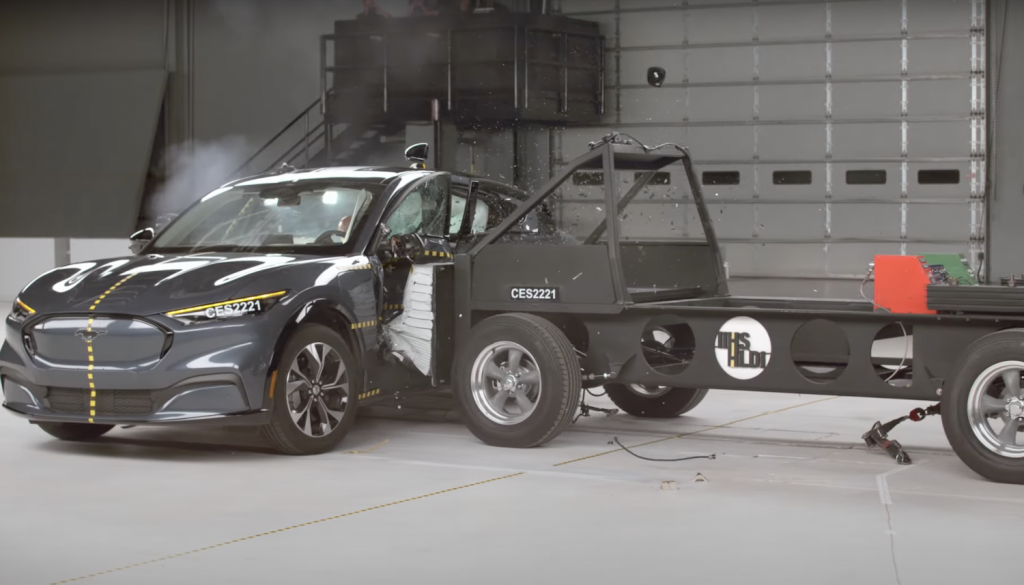 The Insurance Institute for Highway Safety (IIHS) recently revised its side-impact evaluation test, which resulted in some pretty dismal results when it subjected a number of compact crossovers and SUVs to those new, stricter standards. However, the same can’t be said for the Ford Explorer and its more luxurious counterpart, the Lincoln Aviator, as both of those models aced this particular test. Now, fresh off a host of safety-related accolades including an IIHS Top Safety Pick, a superior rating for its Automatic Emergency Braking nighttime performance, and a perfect five stars in both the Euro NCAP and Green NCAP assessments, the Ford Mustang Mach-E has joined those ranks as well. 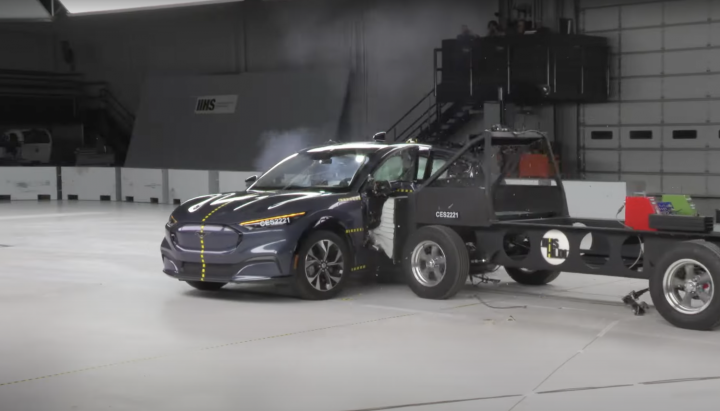 The 2022 Ford Mustang Mach-E earned a “good” rating from the IIHS in its updated side crash test, which is good enough to qualify for a Top Safety Pick or Top Safety Pick+ award. The Mach-E earned good ratings for its head protection for both the driver and rear passenger. Measurements taken from the dummies show a low risk of injury to most body regions., while only the driver’s torso registered a somewhat elevated risk of injury. 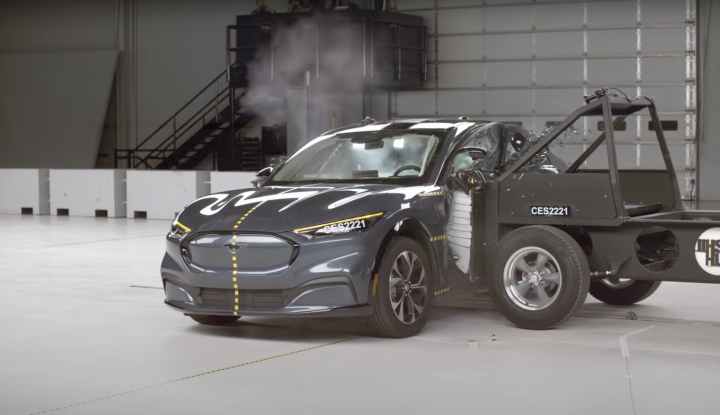 In terms of structural performance, the Ford Mustang Mach-E was downgraded from good to acceptable because the left rear door partially opened during the crash. This did not have a significant effect on the movement of the dummy or how much the passenger compartment was crushed by the impact. However, a door that opens in a crash could allow an occupant, especially an unbelted one, to be partially or completely ejected.

The updated IIHS side crash test is similar to the original evaluation, but uses a heavier barrier traveling at a higher speed to simulate the striking vehicle. The new barrier weighs 4,200 pounds – close to the weight of today’s average midsize crossovers and SUVs – and strikes the test vehicle at 37 miles-per-hour, compared with a 3,300-pound barrier traveling at 31 miles-per-hour in the original version of the test.