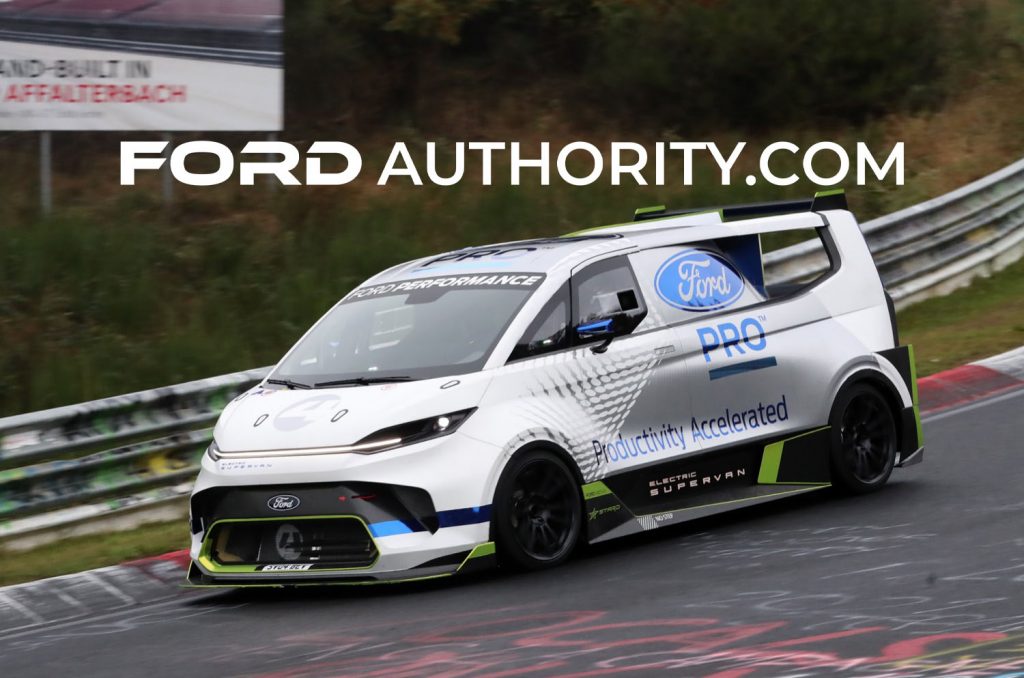 The fast – and somewhat odd – Ford Pro Electric SuperVan made its debut in June 2022, ready to take on the track at breakneck speeds. Since then, the all-electric racer has been spotted turning laps at Goodwood’s legendary Hill Cimb, and back in July, Ford filed to trademark “SuperVan” in the U.S., meaning there could be something else planned for the nameplate. It’s also made passes at Nürburgring to prove what it’s capable of. Now, the electric SuperVan will make an appearance at Rally Spain when the World Rally Championship heads there on October 20th, 2022 through October 23rd. 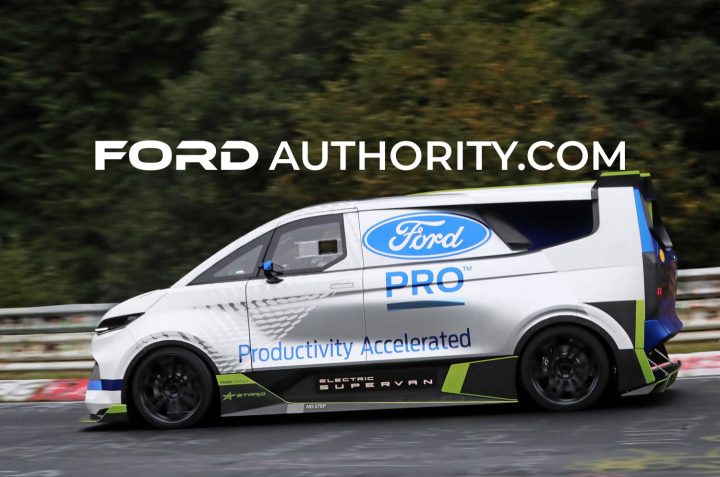 The Ford Pro Electric SuperVan will be present at the rally on Sunday, October 23rd for the event’s Power Stage. Jay Ward, director of product communications for Ford of Europe, spilled the “huge news” on his Twitter page on October 19th.

As a reminder, inspired by the recently revealed E-Transit Custom, the Ford Pro Electric SuperVan is the highest-performing Blue Oval van ever, thanks to four electric motors that crank out 2,000 PS, or around 1,973 horsepower. Flowing through all four wheels, that’s enough to propel the Pro Electric SuperVan from zero to 60 mph in approximately two seconds. A 50 kWh liquid-cooled battery feeds the motors, while a bespoke control system helps make the SuperVan a force to be reckoned with on track.

Huge news. The ⁦@FordPerformance⁩ SuperVan 4 will be participating on Sunday at the ⁦@OfficialWRC⁩ Rally of Spain. If you are there, make sure not to miss it at the Power Stage. pic.twitter.com/dnNp2wLIkY

Of course, the Ford Pro Electric SuperVan won’t be the only Blue Oval racer at Rally Spain. Five Ford Puma Rally1 Hybrid race cars are slated for competition and two Fiesta Rally2 vehicles. M-Sport Ford is feeling optimistic about the event and its roster, which will include Adrien Fourmaux, Pierre-Louis Loubet and Craig Breen. It will also be the final race for Breen’s accomplished co-driver, Paul Nagle, who will be replaced by James Fulton.

We’ll have more on the Ford Pro Electric SuperVan soon, so be sure and subscribe to Ford Authority for the latest Ford Transit news and ongoing Ford news coverage.