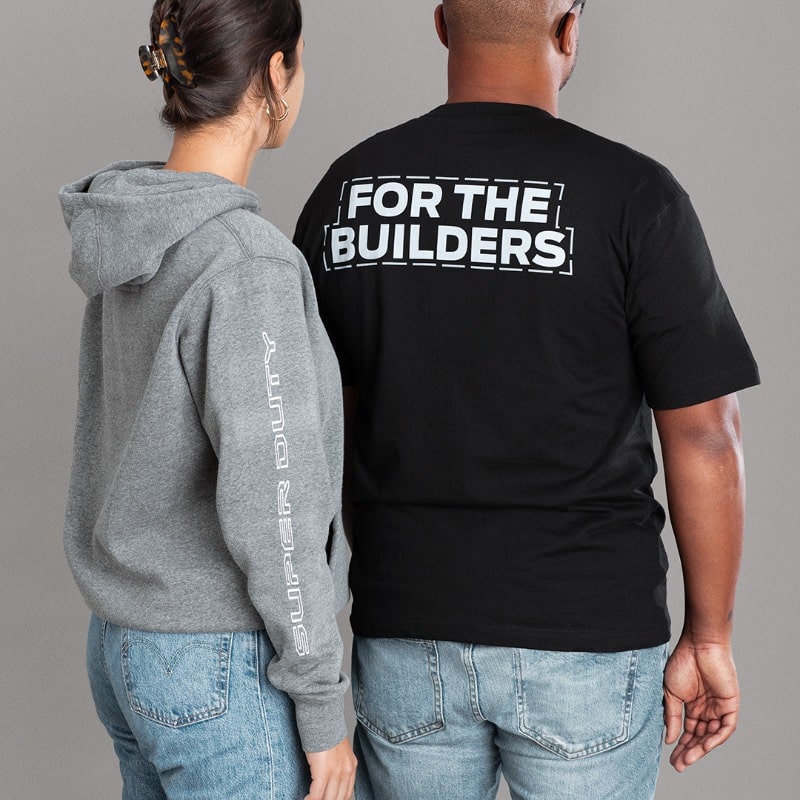 Back in May of 2020, Ford launched a brand new ad campaign called “Built for America,” which focuses on the critical role that manufacturing plays in the United States. Since then, the automaker has released a number of ads under the Built for America umbrella, which covers topics including Ford’s production of personal protective equipment during the pandemic and construction of the new Rouge Electric Vehicle Center. When the all-new 2023 Ford Super Duty launched last month, The Blue Oval also adopted another iteration of this statement to help promote it – “For the Builders” – tipping its proverbial cap to the hard-working folks that drive its pickups. Now, it’s selling a line of Ford Super Duty “For the Builders” apparel for a limited time, too.

A new uniform for the builders. Merch available while supplies last. #SuperDuty

Super Duty fans can choose from a variety of items that tout that model and this special slogan, including a black crew neck, short sleeve t-shirt that’s made from 100 percent cotton and retails for $19.99. The tee is finished in solid black with a gray Ford Super Duty logo on the front left hand upper chest area, as well as the “For the Builders” script spanning the back. 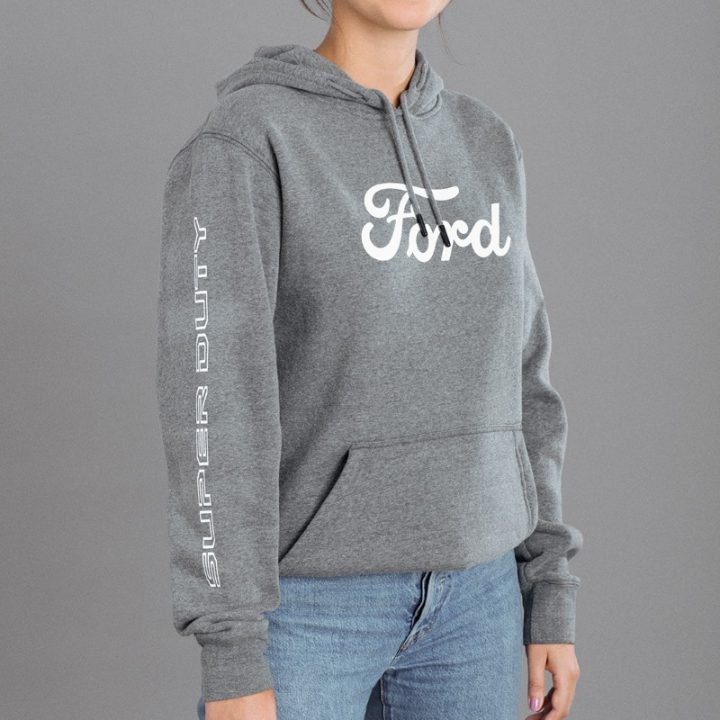 Additionally, Ford is also selling a dark charcoal and heather gray Super Duty hoodie sweatshirt for $49.99 that’s made from a cotton and fleece blend. It features a white Ford logo on the front, as well as white Super Duty script on the right hand sleeve. 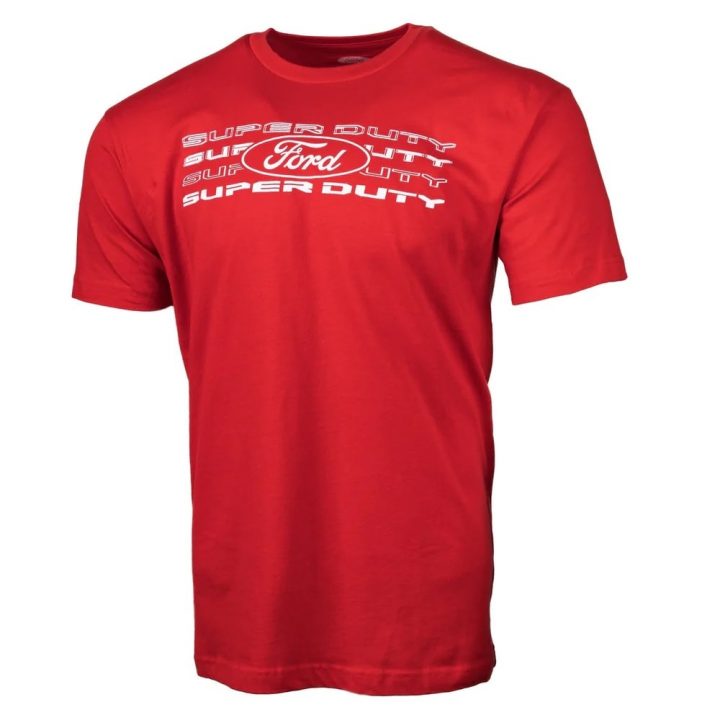 Finally, those that want something a bit brighter can opt for the bright red Super Duty typography t-shirt, which retails for $19.99 as well.  Made from 100 percent cotton, this particular tee features a ribbed collar, a tagless neck label, and a unisex fit.