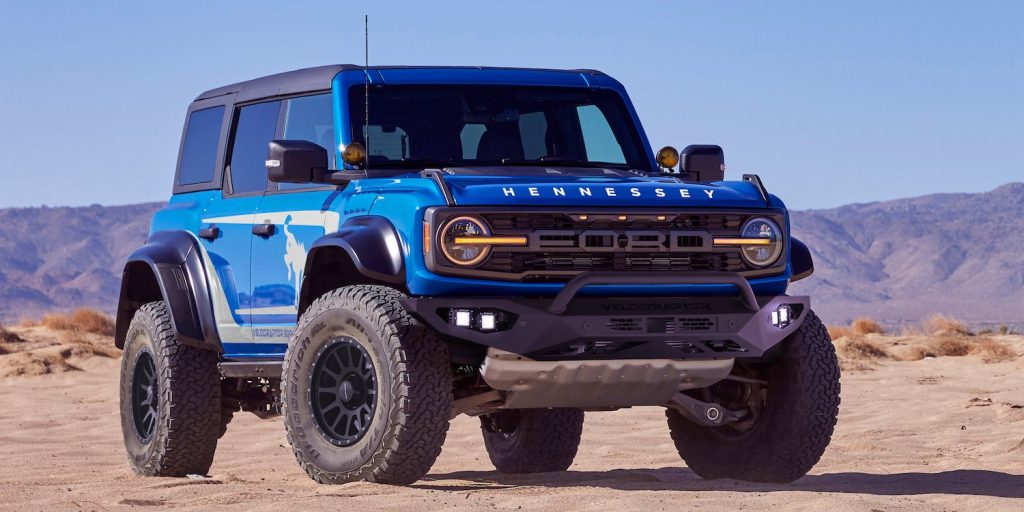 2022 Ford Bronco Raptor deliveries began back in August, adding a high-performance, even more off-road capable variant to the already rugged SUV’s lineup. The Bronco Raptor is also quite bit more powerful than its “lesser” brethren, thanks to the presence of the twin-turbocharged Ford 3.0L V6 EcoBoost engine that cranks out 418 horsepower and 440 pound-feet of torque. Now, however, the Hennessey VelociRaptor 500 Bronco has been revealed as a more hardcore alternative to the Texas tuner’s VelociRaptor 400, which is based on the regular Bronco. 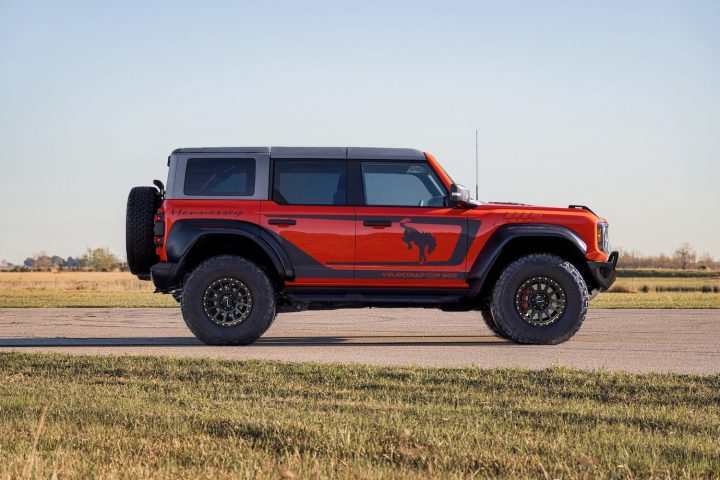 For starters, the Hennessey VelociRaptor 500 Bronco has been treated to a host of performance modifications including an engine management software upgrade, stainless steel exhaust system, high-flow induction system, a larger front-mounted intercooler, and a dyno tune, which helps improve output to 500 horsepower and 550 pound-feet of torque – gains of 82 horsepower and 110 pound-feet, respectively. 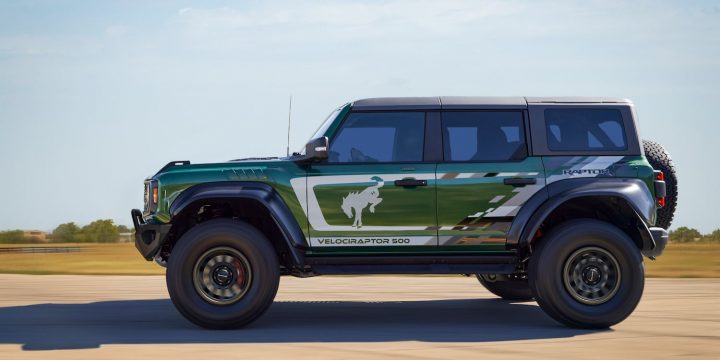 “Our customers are big fans of the new Bronco, but they’ve been asking us for more power and greater performance capabilities from day one,” said John Hennessey, Hennessey Performance founder and CEO. “Ford’s Raptor version is a big improvement, but the engine has even more potential. Our engineering team has released its potency to create the ultimate all-powerful off-road SUV.”

The cost for all this goodness is $32,950, not including the price of the donor vehicle, and also comes with a 36-month, 36,000-mile warranty. Just 200 units are planned for the 2022 and 2023 model years, and interested customers can purchase one by visiting an authorized Ford dealer or by contacting Hennessey itself.