The Blue Oval is currently in the beginning stages of its pivot toward electrification, a massive endeavor that has the automaker allocating at least $50 billion towards producing a roster of fully electric vehicles. By the end of 2026, the automaker expects to be capable of producing two million electric vehicles per year, which is around the same time those automobiles are expected to become profitable. Before then, it is extremely likely that we’ll see The Blue Oval’s EV roster get filled out with new products, but at this point information is scant about what that vehicle will be, be it an all-new vehicle or an electric version of an existing nameplate. However, a Ford exec provided a major clue about the next EV coming out, and it just might be a fully electric Ford Explorer, per CarsGuide. “The next vehicle we’re doing is an Explorer-type vehicle, and we’re working on making that insanely great,” said Darren Palmer, vice president of vehicle programs at Ford Model e.  As Ford Authority previously detailed, a fully electric Ford Explorer could plausibly be the next EV to come out of The Blue Oval’s stable, as previous reports have outlined that such a model is on track for an early 2025 debut. In fact, the automaker is already planning on converting the Ford Oakville Assembly plant to solely churn out electric vehicles after Ford Edge production ends at some point in 2023. 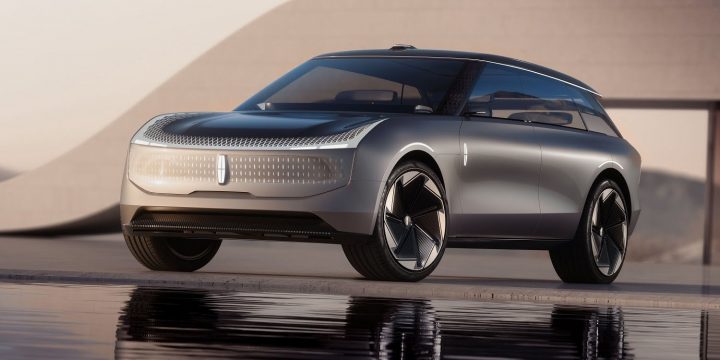 That said, the upcoming Ford EV might not even wear a Blue Oval badge. A fully electric Lincoln Aviator is slated to join the lineup by 2026, should the luxury brand call the future three-row by a conventional name. An alternative scenario might see a production Lincoln Star join the lineup, since Ford trademarked the name earlier this year, not long after it showed off the concept. While the concept is clearly not ready for production, it shares a lot of visual DNA with modern Lincoln vehicles and likely heavily previews what’s to come in the near future.

Currently, Ford is working on the second generation platforms that will underpin Ford EVs of various shapes and sizes. The Ford F-150 Lightning will likely migrate to one of those platforms, although beyond that, it is unclear what nameplates will also utilize the architecture. At some point, the next-generation Ford Ranger will also go electric, although no specifics about the future variant have come to light. In any event, it appears that the company is focused on introducing a fully electric three-row ahead of diving into other segments, as it pivots toward focusing on “passion brands” and icons.