The Ford Evos debuted at the Shanghai Auto Show in China back in April 2021 and launched last November as the first vehicle developed under the automaker’s China 2.0 plan, as well as the first reflecting the company’s “Progressive Energy in Strength” design philosophy that aligns with Chinese aesthetics. Since then, other Blue Oval models in that country have followed its design ethos, including the Lincoln Zephyr and next-generation Ford Mondeo, both in terms of interior and exterior styling. Now, sources familiar with the matter have told Ford Authority that the next-generation Ford Edge will do the same in terms of its interior styling. The next-generatation Ford Edge will boast a cabin that largely mirrors its Evos sibling in terms of appearances. Most notable is the fact that it will also feature a coast-to-coast screen setup like the Evos, which utilizes a 3.6-foot wide horizontal screen encompassing a 12.3-inch digital cluster and 27-inch 4K touchscreen, all of which bridges the instrument panel and doors, uniting the entire interior space. The extra-wide horizontal screen is powered by SYNC+ 2.0, which utilizes a brand new UI design. In addition to these similarities, the Evos and next-gen Edge will share the Ford C2 platform as well.

As Ford Authority reported back in June 2020 and later confirmed early this year, the next-generation Ford Edge has already been canceled in North America, with the 2023 model year representing its very last year of production. However, as has been the case with some other Blue Oval models – including the Escort and Mondeo, to name a couple – it seems as if the next-generation Ford Edge will live on in China, where the current-gen model is produced locally for that market. 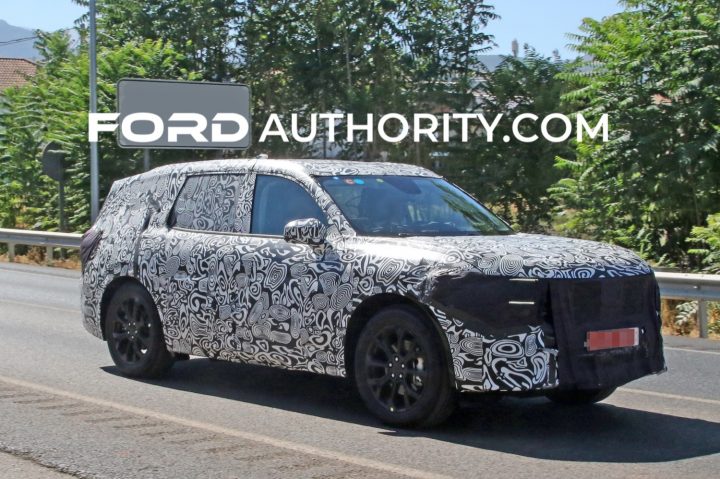 Images of the next-gen Edge leaked on China’s Ministry of Industry and Information Technology website back in August, giving us out best look yet at the all-new crossover and its Evos-like exterior design. However, Ford Authority spies also spotted what might be the new Edge testing in Europe shortly after that leak, signaling that it could be sold in other markets, too.