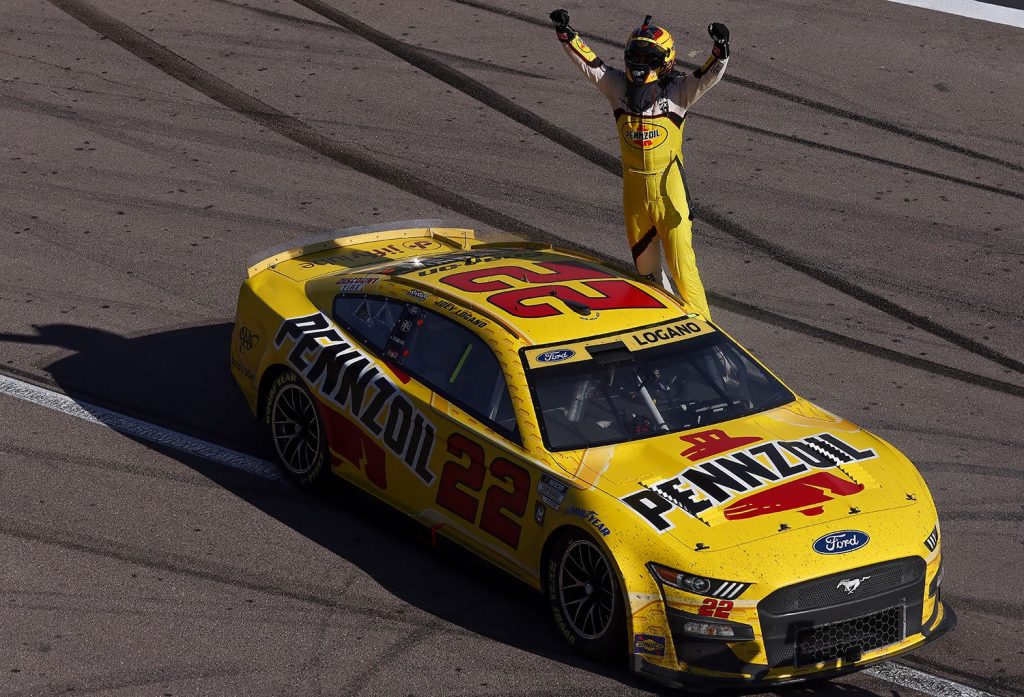 Joey Logano and the No. 22 Nascar Ford Mustang will make yet another appearance in the Championship 4 after winning at Las Vegas Motor Speedway on Sunday, October 16th, 2022.

Logano, the 2018 Cup Series champion, took four fresh tires late in the race and set his sights on Ross Chastain, driver of the No. 1 Chevrolet Camaro ZL1, who led for a race-high 68 laps. With three laps remaining, Chastain’s No. 1 Camaro got held up behind lapped cars, allowing Logano’s No. 22 to slip by and take the lead all the way to the checkered flag. 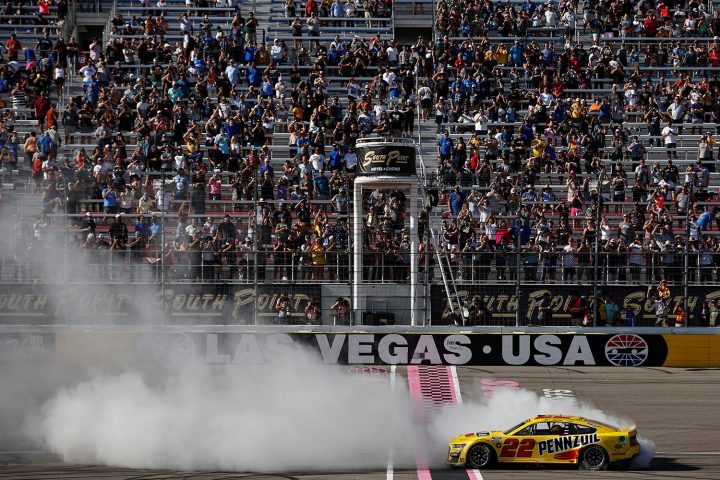 “Let’s go get a championship, baby,” Logano said, celebrating the fact that his win automatically moves him into the Championship 4 of the Playoffs. “A lot of adversity we fought through in the last 50 laps of so. I thought we were going to win then kinda fell out, got some tires and racing Ross [Chastain] was fun. He did a good job air-blocking me and I was just trying to be patient but eventually I was like, ‘I’ve got to go here.'” 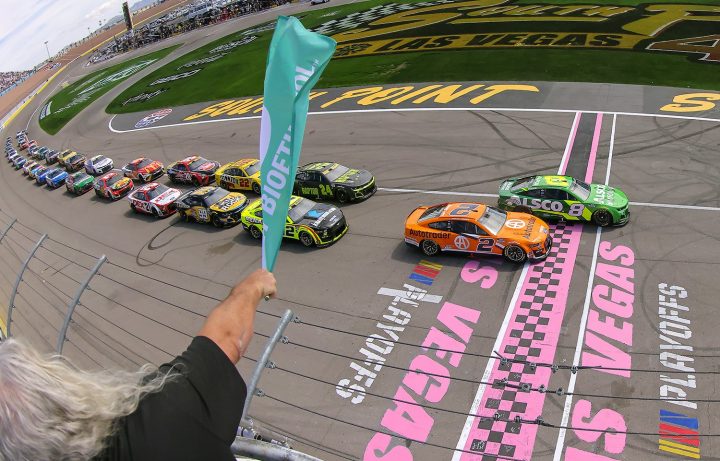 Ryan Blaney, driver of the No. 12 Nascar Ford, seemed to be a threat to win, winning Stage 2 and leading 39 laps. Unfortunately, Blaney’s No. 12 Mustang slapped the wall in Stage 3 while running in second place, suffering critical damage. Blaney finished 28th. It’s worth noting that Blaney is currently the only Playoffs eligible driver without a point-paying win in 2022, and his poor finish this weekend placed him 11 points below the cutoff, in danger of being eliminated.